Suns shock Warriors and other NBA podcasts of the day

Suns shock Warriors and other NBA podcasts of the day 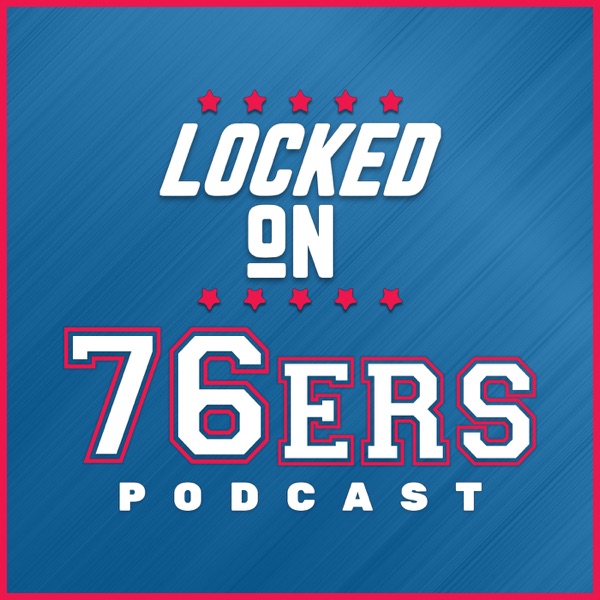 In the latest Locked on Sixers podcast, Keith Pompey and Mike Sielski talk about Joel Embiid’s special talent. They also break down his 33-point, 12-rebound effort in Sunday’s victory over the Indiana Pacers, his first game back from left knee tendinitis.They also talk about what to the Sixers’ playoff picture. And they finish the podcast by talking how Pompey helped his Uber driver change a flat tire.

LOCKED ON NBA – 03/11/19 – Biggest Stories, Local Experts – Bucks Recent Struggles, Lakers Injuries And The End Of The Season, Raptors And Load Management from Locked On NBA

March 11 01:40 AM
Listen to Locked On NBA episodes free, on demand. Host Josh Lloyd speaks with Eric Nehm of Locked On Bucks about Nikola Mirotic’s fit with Milwaukee and explores some of their recent struggles, to Anthony Irwin of Locked On Lakers about the Brandon Ingram injury, and to Sean Woodley of Locked On Raptors about Kawhi Leonard’s load management.Learn more about your ad choices. Visit megaphone.fm/adchoices …

A home loss to the Suns? – via theathletic.com

March 11 12:57 AM
The Warriors lost at home to the Suns. Kevin Durant hurt his ankle. Klay Thompson called out the fans. Lip readers are trying to decipher a Steve Kerr comment. Ethan Strauss is here to break it all down.

March 10 11:32 PM
The Sixers pulled out a much-needed win over the Indiana Pacers with a dominant second-half performance, catapulting them to the 3rd seed in the Eastern Conference and providing them with the tiebreaker over the Pacers. Derek Bodner and Rich Hofmann of The Athletic Philadelphia discuss the big win, and the Sixers’ recent play.

This week your favorite CLNS Media Hosts will be talking: Matt Babcock on His Past Life as an Agent, Growing Up Around an NBA Franchise, How His Dad Helped Discover Giannis Antetokounmpo, His Transition to Media and More (Ep. 135) – via HoopsHype.com

March 10 03:26 PM
On this episode of The HoopsHype Podcast, Alex Kennedy is joined by Matt Babcock – a former NBA agent who is the founder and editor of Babcock Hoops. They discuss Matt’s time as an agent, and the pros and cons of that job. They also discussed Matt’s experience growing up around the NBA since his father, Dave, has worked in the Milwaukee Bucks’ front office for 21 years and his uncles, Pete and Rob, each had stints as a NBA general manager …