The Cleveland Cavaliers own one of the worst records in the NBA as the season winds down, but they’ve shown some recent flashes of success.

While Kevin Love is mostly back in action, he’s not playing on the second night of back-to-backs while recovering from the injury that sidelined from the majority of the season. He has made his impact, however, in the recent appearances that he has made. It’s most noticeable when he’s sharing the floor with Collin Sexton, who is the foundational building block of the franchise.

Excluding his first game back when Love played just six minutes, the two have appeared in the starting lineup together nine times. They have won six of those games, already accounting for more than one-third of the victories for Cleveland this season. Sexton has eclipsed 20 points in five of those nine appearances. This momentum should give Sexton some confidence and momentum as he heads into his first NBA offseason.

The Cavaliers have outscored opponents by 1.8 points per 100 possessions in the 256 minutes when both Love and Sexton on the court. During that time, the rookie has produced 19.4 points and 3.9 assists per 36 minutes.

Watch the first bucket that Cleveland scored against the Miami Heat on March 8. The rookie runs a high pick-and-roll action and as the defense commits, Sexton is able to deliver the ball to Love for a spot-up splash from three.

Love has been gold from beyond the arc after passes from his first-year teammate. The five-time All-Star has shot 37.1 percent from three-point range for his career, but he is currently shooting 10-for-22 (45.5 percent) after passes from Sexton.

Sexton, meanwhile, is shooting 47.7 percent from the field after passes from the 2016 NBA champ, which is especially interesting considering the guard has connected on just 40.7 percent of his looks from all other players.

As a ball-dominant guard, Sexton will always demand attention from his defenders. But when he’s playing alongside Love, who is a feared presence near the basket, Sexton gets more open looks from long range (like the above three-pointer the rookie had against the Brooklyn Nets).

He has shown marked success as a shooter off the catch. The former Alabama guard is averaging 1.33 points per possession (which is in the 89th percentile) on no dribble spot-up jumpers and 1.26 PPP (89th percentile) on catch-and-shoot opportunities, per Synergy Sports.

Also, Sexton is shooting 46-for-105 (43.8 percent) overall on no dribble three-pointers. That currently ranks second-best among rookies who have had at least 30 attempts.

Of course, it is a distinct possibility that these elevated rates can be attributed to a small sample size. Perhaps a regression to the mean is within the realm of possibility once the two start to playing together more often.

But the chemistry the two have displayed should at least give some hope to Cleveland fans, who desperately want to see the team return to the playoffs next year – especially since the Cavs will likely add another top draft prospect to their roster. 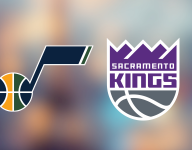 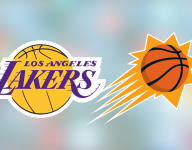 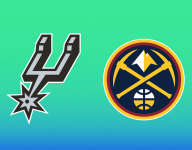 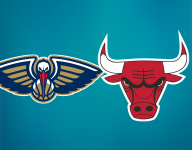 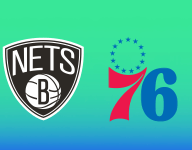 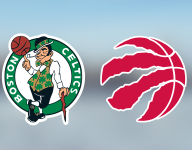