Ramsey is widely regarded as one of the league’s best up-and-coming defenders. The 24-year-old has racked up 193 tackles, 9 interceptions and 44 passes defended over his first three NFL seasons. The cornerback – like his NBA comparison, Ball – is still on his rookie contract. He has next season and then a fifth-year option remaining on his rookie deal before he’ll want the Jacksonville Jaguars to make him one of the highest-paid cornerbacks in NFL history, which has led to some rumors that the team may trade him before then. Last year, the Jaguars won just five games after entering the season with championship aspirations. As for Ball, he is a decent comparison since he’s also an up-and-coming talent who has taken the league by storm and made headlines on and off the court. While Ball hasn’t been as productive as Ramsey, he’s shown flashes of brilliance and his importance to the Los Angeles Lakers was on display when the team struggled mightily after he was sidelined with an ankle injury. 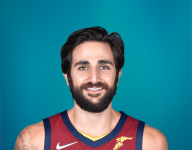 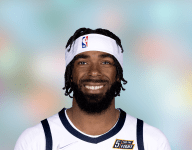