Ron Harper Q&A: 'Guys would talk trash and that flipped a switch in MJ'

Ron Harper Q&A: 'Guys would talk trash and that flipped a switch in MJ'

Ron Harper is a five-time NBA champion, meaning he won a title in one-third of his pro seasons. He was a contributor on two of the all-time great teams in NBA history. He won three rings with the Chicago Bulls, teaming up with Michael Jordan, Scottie Pippen and Phil Jackson. His final two rings came with the L.A. Lakers, where he reunited with Jackson and played alongside Kobe Bryant and Shaquille O’Neal. During his 15 NBA seasons, Harper totaled 13,910 points and 1,716 steals (which ranks 23rd all-time).

HoopsHype caught up with Harper at a Budweiser LIVE event in Charlotte to discuss his playing days, the evolution of the NBA, the contracts today’s players are signing, what it was like playing with Jordan and more.

I’d love to get your thoughts on the evolution of the NBA game. In today’s game, there’s a lot of three-point shooting and it’s fast-paced. What do you think of the current style of play in the league?

Ron Harper: Oh, I love how the game looks! Everyone wants to score the basketball! It’s a scoring league now. There’s not as much focus on defense. However, when the playoffs start, things start to go back to the old rules, the old way, a bit. In the playoffs, you can hold more, you can get a little bit more physical. It’s part of the game. There’s a lot of three-point shooting. It’s entertaining – for some teams. For some teams [who don’t have shooters], it’s not. But it is what it is. It’s [the evolution] of basketball.

For the past three years, the Houston Rockets broke their own NBA record for most three-point attempts and makes per game, and it’s obviously worked for the Golden State Warriors too.

But I always tell people: If I was in my heyday right now, in today’s NBA, I’d probably score 35 a game! You can’t touch or hold or grab me, so I can get to the hole every time! And I would take the ball to the basket too. I ain’t going to sit out there shooting 12 three-pointers a night. I’m going to keep driving and keep getting to the foul line since you can’t be physical with me. That’s what our game was like… Sign me back up! (Laughs)

You played with Michael Jordan. A lot of people want to compare LeBron James and Jordan these days.

Having seen Jordan up close – on and off the court – can you share why you don’t like that LeBron-Jordan comparison, which has become pretty common?

RH: They make the wrong comparison. When you look at LeBron James, you have to think of Oscar Robertson or Magic Johnson – big guards who can do everything. One thing they don’t give MJ credit for was his defense. MJ was an aggressive defensive player – one of the best of all-time at that two-guard spot. He doesn’t get any credit for that because everyone wants to talk about the way he scored the basketball, but MJ was a great defensive ball player too. So I don’t really put LeBron in that MJ conversation. I put LeBron with those big guys.

One former NBA player described Michael Jordan to me as “the boogeyman that everyone feared.” What was it like watching him intimidate opponents on a nightly basis?

RH: He didn’t just intimidate you [during the game]. When you played against MJ, you were thinking about it the night before. You knew that you had to get a good night’s sleep because he was going to come with it. Some guys would start trash talking with him. I used to ask guys, “Why are you talking trash to him first?! That’s not smart!”

Before we were teammates, I remember I was getting ready to play against him and the night before our game, he had me and some other guys over to his house to play cards. So we’re at MJ’s house the night before [our game] and we’re playing cards and he was sitting right next to me. He kept trying to talk to me like, “Harpy! What’s up, man? Everything good?” I’m just like… [Looks straight ahead, wide-eyed]. I’d just mumble, “Hey Mike, how you doing?” That’s it. He asked me, “What’s wrong?” I told him, “I ain’t going to talk to you and say anything you can use to get upset because you’ll just keep shooting the damn ball over me and score on me all night. I’m just going to be nice and polite to you, buddy.” (Laughs)

You mentioned how if you were playing today, you’d drive to the basket a lot since nobody could touch you. James Harden has used a similar approach, getting to the foul line a lot. He’s amazing at drawing contact. He recently had 32-straight games with at least 30 points.

Back in the day, with how physical the league was, I don’t think Harden could’ve had that streak.

RH: Back in the day, James Harden would be laid up somewhere hurt. (Laughs)

I don’t think younger fans realize just how different the league was from a physicality standpoint.

RH: I remember earlier in my career, I’d play against Milwaukee and I was going up against [two-time Defensive Player of the Year] Sidney Moncrief and [1986 Defensive Player of the Year] Alvin Robertson and Jay Humphries and Jerry Reynolds, and I’m trying to talk to the referee. I ask, “If they’re holding me, ain’t that a foul?!” The referee turned to me and said, “You just play hard. It’s hand-to-hand combat. You need to adapt to survive.”

Fortunately, I had some older guys on my team – the Cleveland Cavaliers at the time – and they taught me some things, some tips. I took what they taught me and that’s how I started being able to fight back and score. It was a two-guard league and, on most teams, you had two-to-three guys who scored the majority of the points. If you had a dominant center, they obviously scored too. But if you look back, most [go-to] guys were taking 25-to-35 shots. And if you could shoot 50 percent, that was great.

I’ve talked with a number of retired players recently who were blown away by the contracts that today’s NBA players are signing. Some of them joked that they were born too early. What do you think when you see the deals that are being handed out?

You’re getting them ready for the league?

The Ball family better watch out.

RH: Nah, there’s plenty to go around! I just want my cut! (Laughs)

When I’ve interviewed retired players like Kareem Abdul-Jabbar and Earl “The Pearl” Monroe and Dae Cowens recently, they’ve said that today’s players don’t know the history of the league or what former players did to pave the way for them. Would you agree with that assessment?

Every time I bring my son somewhere and he meets one the guys [who played in the NBA], I tell him to pull out his iPhone and Google him. I want him to see how good these former players were and what they accomplished.

Also, with today’s players, it’s all about what they do. It’s not about what the team does. When I came into the league, we had maybe six, seven or eight teams that could win the championship. Now, there are only two-to-four teams who have a shot and you know exactly who they are.

Who do you enjoy watching these days? Are there any particular players you like to watch?

RH: I’d say Bradley Beal. He’s a fantastic player – a fantastic scorer – who doesn’t get enough credit for what he can do on the defensive end too. Trevor Ariza is another player who I like to watch. Devin Booker is a great young player. Giannis Antetokounmpo is such a fun player to watch. Nobody was really thinking about this Milwaukee team like that; they surprised everybody and they’re scary. Paul George is having a fantastic year. Russell Westbrook is who he is – he’s just going to go out there and give you absolutely everything that he has. Kyle Kuzma is a young guy who I like to watch. I love watching LeBron James. I love watching Kyrie Irving. If Victor Oladipo didn’t get hurt, the Pacers may have had a shot to be there [in the NBA Finals]. There are a lot of great players around the NBA these days. 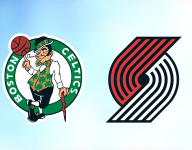 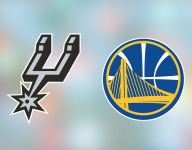 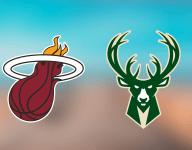 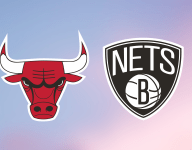 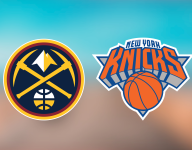 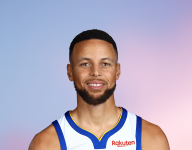