This is how the Washington Wizards head into the offseason

This is how the Washington Wizards head into the offseason

The Washington Wizards’ 2018-19 season started slowly, and ultimately fell apart once five-time All-Star John Wall was forced to shut things due to lingering heel issues. Unfortunately for Wall, after having surgery on the heel, he would go on to tear his Achilles, an injury that will keep him out for the majority of next season, too. Luckily for Washington, they do get to play in the Eastern Conference, which will give them a chance to still be competitive next year, even with nearly $40 million on the bench every night. Also luckily for the Wizards, Wall’s backcourt partner, Bradley Beal, proved to be one of the very best 2-guards in the league this season, and the type of player who can carry a team to postseason contention in the Eastern Conference. Another promising part of Washington’s 2018-19 campaign was that they were able to add Jabari Parker and Bobby Portis at the trade deadline, as part of a deal that also helped rid them of Otto Porter’s expensive contract.

Overall, though, the Wizards head into the 2019 offseason with a lot of question marks, including, now, who will their next general manager be. After 16 mostly mediocre-to-downright-bad seasons at the helm, former team president Ernie Grunfeld finally got the ax by team owner Ted Leonsis. It’s unclear whether this move means Leonsis is committed to a full rebuild, something he has previously voiced hesitancy about, or whether the next general manager will be tasked with building a playoff contender on the fly around Beal. Either way, however, filling the job will be another burden for a team with plenty heading into the offseason.

Whoever their next GM is will have the unenviable task of pretty much starting all over, but with one of the ugliest payrolls in basketball as an added handicap. The most important thing Washington can do this offseason is starting to build the next core of their team.  They began the process at the trade deadline by shedding Porter’s salary and acquiring two promising young pieces in Parker and Portis, but using their 2019 first-round pick, which could land in the Top 10, the Wizards need to strike gold. Washington won’t have the requisite cap space to make a splash in free agency, nor will many big names give them much consideration with so much uncertainty surrounding Wall, but the Wizards can still use their exceptions to land a solid complementary piece for next season, or two. Apart from that, Washington could try and find a taker for Mahinmi’s albatross of a contract, which, at this point, has one year left on it, but that will be tough to accomplish without adding a sweetener that the Wizards can’t afford to give away.

Cory Joseph: A stopgap fill-in type at point guard until Wall gets healthy, Joseph would make a lot of sense for Washington. He’s an experienced option who can knock down shots, ably run an offense and defend his position pretty well.

Al-Farouq Aminu: The Wizards’ defensive marks since the Parker/Portis trade have been porous, so finding a wing who thrives on the point-stopping end of the floor should be one of their top priorities this summer if they want to reach the postseason without Wall.

Terrence Ross: A bucket-getter on the wing who would help take over some of the scoring load during stints with Beal on the bench.

Unless they want to move on from Beal and truly start over, which is unlikely, the Wizards lack the assets to make any type of trade this summer. That is, unless, they decide to trade their first-rounder, though, again, that’s extremely unlikely considering they’re about to get a lottery pick on a rookie-scale deal for the next four-plus years, and that’s the type of good salary they need to be adding to their books.

The Wizards have their own first-round pick for 2019. Lottery odds give them the highest chance of landing the eighth-overall pick. They don’t, however, have their second-round pick. The only way Washington will have a second-round selection this year is if the Atlanta Hawks’ pick lands between 56-60. If it does (it won’t), then the pick transfers to the Wizards. 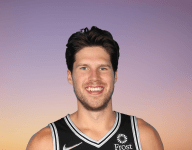 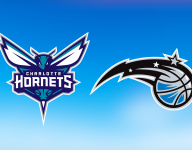 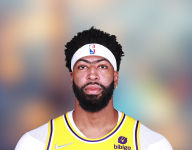