Mavericks planning a 'unique role' for Dirk Nowitzki in retirement

Mavericks planning a 'unique role' for Dirk Nowitzki in retirement

Much like how former Dallas star Michael Finley is involved with the organization now as the Vice President of Basketball Operations for the Mavericks, Nowitzki is expected to be offered a similar opportunity.

According to Shams Charania, the longtime NBA fixture would like to stay with the team in some capacity and the franchise will work on what that will look like (via The Athletic):

“Teammates know Nowitzki wants to remain around the Mavericks upon retirement, and the franchise has been planning a ‘unique role’ for him.”

When the topic of coaching had been discussed in the past, the 14-time All-Star dismissed the possibility of holding such a position.

However, the idea of working specifically with players on an individual basis may interest him. Nowitzki has a good relationship with rookie Luka Doncic and has also long admired Latvian-born star Kristaps Porzingis, who was traded to Dallas this season. Although Nowitzki never got a chance to play alongside Porzingis, it remains possible he could mentor him.

Nowitzki even hinted at a role like this in an interview with Bryan Gutierrez back in June 2014 (via ESPN):

“I don’t think I’ll ever be a team coach. I saw with J-Kidd how he’s interested in plays and thinking ahead. That doesn’t interest me. I don’t care how you get me the ball. Just get the ball to me. Plays and stuff like that never interested me. It was just the skill level that interested me. I’m sure if I’m a coach one day I’ll do what [his personal coach] Holger Geschwindner did for me, or what coach Tim Grugrich did here for us in the championship year, where you take the younger guys and work out every night. We’ll just have to wait and see.”

The 2011 NBA Finals MVP seems open to the idea of coaching young individuals and the young Mavs would certainly love to learn from the future Hall of Famer.

At some point, after spending a lot of time with his family, he'll get back to doing something basketball-related: pic.twitter.com/qr6SGrJFF7

Nowitzki said during All-Star Weekend that the biggest priority in his post-playing career will be spending as much time with his family as possible. He mentioned traveling the world with his children.

He did say he wants to work in basketball in some capacity, but said that this may be “a few years” down the line. So perhaps whatever position the Mavericks have lined up for him would not kick in right away.

Other than Finley, Dallas has several former NBA players currently on their staff. Darrell Armstrong, who played alongside Nowitzki on the Mavericks from 2004 until 2006, is an assistant coach. Rolando Blackman, who spent a decade with the team, is the Director of Basketball Development.

Greg Dreiling, an advanced scout for Dallas, was a big man on the team two years before Nowitzki was drafted. Brad Davis, a player development coach for the Mavericks, spent a decade on the team before becoming a broadcaster for Dallas as well. 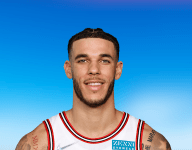