One of the best impending free agents who won’t be in the playoffs this season, Kemba Walker will be a top target for multiple teams this summer.

The three-time All-Star point guard is coming off a year in which he averaged 25.6 points, 4.4 rebounds and 5.9 assists per game on 43.4/35.6/84.4 shooting splits. Per Synergy, he ranked in 91st percentile among scorers out of the pick-and-roll and the 83rd percentile in isolation scoring.

Basically, Walker was a walking bucket this year.

And since he’s merely 28 years old, that’ll have teams lining up to sign him on June 1.

Below, we break down four of the most interesting potential landing spots for the supremely confident ball-handler.

According to a report from the Charlotte Observer’s Rick Bonnell, the biggest threat to lure Walker away from Charlotte are the Dallas Mavericks. In Bonnell’s own words:

“Threats to sign Kemba Walker away from the Charlotte Hornets this summer? Place this team at the top of your list: The Dallas Mavericks. Two sources with knowledge of the Mavericks’ thinking expect Walker, the Hornets’ three-time All-Star point guard, to be that team’s top target when NBA free-agency begins July 1. Although the Mavericks are only 27-39 this season – second-worst record in the Western Conference – they will have both the salary-cap flexibility to offer a free agent a maximum contract this summer and an appealing future to pitch with abundant young talent on the roster.”

The Mavericks’ interest in Walker makes sense, as they could use another stud ball-handler – particularly a star-level one like the Hornets guard – to help share the load with Luka Doncic. Although his numbers are a bit down in that play type, Walker is historically an excellent spot-up shooter, giving him the ability to play off the ball to the young Slovenian forward.

As far as why Walker would be interested in Dallas, perhaps having a teammate of Doncic’s caliber could be appealing to the 28-year-old veteran, since the lack of backcourt help is primarily what has caused the Hornets to miss the playoffs all but twice in the last nine years. Not to mention, a healthy Kristaps Porzingis next season could give the Mavericks a well-rounded three-man nucleus.

Dallas has the money, and the fit makes a whole lot of sense for both parties. Let’s see if preliminary interest becomes something more once free agency opens up this summer.

At one point in the past, it wouldn’t have been farfetched to consider Walker eventually signing with the New York Knicks a very real possibility. After all, Walker hails from the Bronx and has made it no secret the love he has for his hometown.

The thing is, it seems like the Knicks actually have bigger plans for their copious amounts of cap space.

A lot of the buzz as we approach the 2019 playoffs has New York as very real players for the likes of Kevin Durant and Kyrie Irving, who, apparently, could both spurn their current teams in favor of building something new in the Big Apple.

Even so, if the Knicks were to strike out with their top targets, a fallback plan like Walker would make a lot of sense. He’s still in his prime (and will be for the foreseeable future), he’s the hometown guy and he would fill a massive hole at the point-guard spot for New York – a hole that has been around for an inconceivable amount of time.

If Walker wants to get his next deal done by July 4, then the odds of New York swooping in and signing him plummet since Durant and Irving will almost certainly drag their decisions out, and the Knicks won’t do anything with their cap space until they know what the future of those two guys will be.

But if he’s willing to be patient – and the Knicks miss on the two superstars – then this marriage could actually happen.

There has been next to no buzz tying Walker with the Indiana Pacers, but there’s a few reasons why this surprise pairing could come to fruition.

For one, the Pacers merely owe $60.2 million in salaries next season. With the salary cap projected to be at roughly $109.0 million for 2019-20, that leaves Indiana with quite a bit of spending money.

Furthermore, their starting point guard of the last two seasons, Darren Collison, will be a free agent this summer, leaving the Pacers with a potential hole at the lead-guard spot.

Of course, they could simply choose to re-sign the 31-year-old Collison at what should be a team-friendly price. But if Indiana decides they want to shoot for the stars for an upgrade, Walker could be the perfect target.

With a returning Victor Oladipo, as well as big men Domantas Sabonis and Myles Turner, Walker would give the Pacers a fearsome foursome, capable of battling for one of the top spots in the East. And just like with the Dallas hypothetical, Walker may welcome the opportunity to share the floor with a fellow All-Star ball-handler in order to reduce his nightly workload.

This pairing would come out of left field, but Walker-to-Indiana makes a lot more sense the more you think about it.

Of course, this entire exercise could be for naught, and Walker could choose the drama-free route of agreeing to re-sign with the Hornets at midnight on July 1, as soon as free agency opens up.

In fact, earlier this season, it seemed like that’s exactly what would happen. Just read Walker’s own words on his feelings towards Charlotte from a Jan. 14 Bleacher Report article:

“Walker prefers it this way. On the court, his game is the embodiment of the New York City product he is, full of pull-ups, hesitations, crossovers and dimes. Off the court, he would rather be as he is now, in a familiar setting and out of the spotlight. ‘I love it,’ he said of Charlotte during a conversation the previous week before repeating himself for emphasis. ‘I love it. It’s perfect for me. The pace of the city is pretty slow, which I love. It’s not fast-paced like New York. … I’m able to just live pretty much a normal life. I’m able to go out and eat and not really be bothered. Go to the mall and walk around, not really be bothered. That’s what I like, personally. That’s the kind of life I like to live.'”

Since then, however, a lot of the smoke points to Walker more and more considering the idea of leaving the team that drafted him back in 2011.

At least that’s according to The Athletic’s Sam Amick:

“Amick: At this point, based on scuttlebutt around the league but without direct clarity from his side, it feels like he’s more likely to leave than stay.”

At the end of the day, Charlotte hasn’t done a good enough job of building around Walker, a fact that’s especially troubling when you consider that the outstanding point guard has been on an extremely team-friendly four-year, $48 million deal since 2015-16.

Now set to make a lot more money on his next contract, why would Walker, or the Hornets for that matter, feel any level of confidence regarding their ability to field a playoff-caliber outfit around Walker when his contract is about to take up a much larger percentage of their cap space?

If they couldn’t do it previously, there’s little reason to believe they’ll be able to do it in the future.

And that’s why Walker could very well be rocking a different uniform come 2019-20. 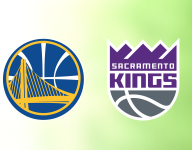 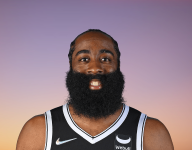 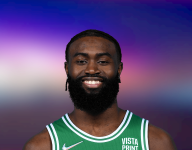 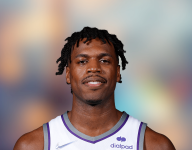