Any way you look at it, the Brooklyn Nets’ 2018-19 season was resoundingly successful. Not only did they make a surprising run to the playoffs, their first trip to the postseason since 2014-15, they also saw fourth-year guard D’Angelo Russell blossom into an All-Star after a strong campaign where he put up 21.1 points and 7.0 assists per contest. Of course, things aren’t totally perfect in Brooklyn – not yet, at least, though we could revisit that statement after the upcoming offseason – but no one can argue that they’re not extremely ahead of schedule following the Paul Pierce/Kevin Garnett-trade-related rebuild.

The Nets used salary-crap craftiness to not just recoup some of the first-round picks they lost in that ill-fated deal, but, using their barren books to absorb bad contracts, they were also able to pick up exciting young pieces that have turned their fortunes faster than anyone expected. Now, Brooklyn has a core featuring Russell, Jarrett Allen (a promising young big with elite roll-man skills and outstanding shot-blocking instincts), Caris LeVert (who, when healthy, makes a strong case to be considered Brooklyn’s best player), Spencer Dinwiddie (one of the most productive backup guards in the league) and Rodions Kurucs (a big wing who excels in the open floor and has the makings of a serviceable jumper).

So no, the Nets aren’t set up to contend for Eastern Conference titles quite yet, but with a young nucleus like that, and a boatload of cap space to go with it, Brooklyn is set up extremely well to make a run at relevance in the immediate future. And it could happen this very summer, when general manager Sean Marks and Co. will get the chance to pitch their team to some of the league’s top impending free agents.

First and foremost, the Nets will have to decide on Russell’s future with the team. The talented 23-year-old will be hitting the market for the first time, and although he’ll be restricted free agent, there’s a chance Brooklyn could decide to let him walk if things bring right for them in free agency. Without Russell and fellow young free agent Rondae Hollis-Jefferson on their books, the Nets would open up roughly $46.9 million in cap space. If they’re able to dump the final year of Allen Crabbe’s deal on another team (probably would need to give up draft picks to do so), that number jumps up to an astounding $64.5 million, just about enough to slot in two max contracts this offseason. Obviously, this is the loftiest of projections, but that would mean enough room to land a Kevin Durant, who seems like a lock to leave the Golden State Warriors this summer, and a Kemba Walker or Kyrie Irving, two All-Star point guards who will be available as free agents. As their free-agent pitch, Brooklyn needs only to show potentially interested parties the progress they’ve already made so far without a true superstar on the roster, the huge market they play in and the strong culture the team has already built under head coach Kenny Atkinson.

If the Nets strike out with their top targets, though, then their summer gets a bit trickier. Will they be willing to re-sign Russell no matter the cost? Teams like the Phoenix Suns could use a player of his ilk, and have the asset flexibility needed to open up enough cap room for a big contract offer.

What’s more, Brooklyn will have to decide what to do with LeVert, who won’t be a free agent but will be eligible for an extension. Even despite the ugly leg injury, LeVert still had a solid regular season and an even more impressive playoff run, one in which he averaged 21.0 points and 4.6 rebounds per game on 49.3/46.2/72.4 shooting splits. Could Brooklyn get LeVert to sign an extension similar to Dinwiddie’s, which was worth three years and $34.4 million? Will he want more? Even if LeVert does agree to an extension, it won’t affect the Nets’ cap space until 2020, but it’s still going to be an important decision for Brooklyn – and LeVert – this very summer.

At the end of the day, the toughest decision the Nets will have to make this summer is what to do if they miss out on 2019’s top free agents. Their best course of action if that were to happen may be to re-sign Russell, extend LeVert and fill out the rest of the roster with secondary targets on two-year deals, which would give them the ability to try again in free agency once 2021 rolls around. That summer’s class projects to be deep, featuring guys like Paul George, Bradley Beal and Blake Griffin. 2020’s class, in comparison, is much, much weaker, so Brooklyn having their money tied up that offseason won’t force them to miss out on much.

Kevin Durant: Undoubtedly the top target for every team with a max slot this summer, Durant is close to LeVert (the young guard referred to Durant as a big-brother figure) and appears to favor the New York market in free agency. This would be an absolute coup for the Nets, but they’ll have a fight on their hands, especially with the Knicks, to actually make this dream come true.

Kyrie Irving: At one point, it seemed like Durant and Irving were destined to leave their current teams this summer in order to sign elsewhere as teammates. Those rumors have died down quite a bit, primarily on Irving’s end, but that won’t stop Brooklyn from going after the superstar ball-handler.

Kemba Walker: If the Nets miss on Irving, they probably wouldn’t mind signing Walker as a “fall-back plan”. Walker is from New York, and after how miserably the Charlotte Hornets failed at building a winner around him, even when he was just making $12 million per year, there’s a good chance he walks away from the team that drafted him this offseason. Signing Durant and Walker would be a grand-slam summer for Brooklyn, and raise their ceiling to a championship level.

Jimmy Butler: His numbers are a bit down this season, but Butler is a gamer nonetheless, and an All-Star-level talent. Plus, the Nets could use a star on the wing. On the other hand, Brooklyn, along with the rest of the NBA, saw how Butler handled playing on another young team back when he was with the Minnesota Timberwolves. Could that hurt Butler’s stock in the eyes of the Nets’ front office? It’s very likely.

Tobias Harris: If the Nets are eyeing the Sixers’ roster for wing help, Harris might be a better option than Butler, as he’s a better floor-spacer, less of a locker-room problem and is closer to the age of Brooklyn’s young nucleus.

Taj Gibson: After the way Allen got abused in the playoffs by Joel Embiid, Brooklyn could use a powerful backup center who can absorb hits and defend at a high level. Gibson fits that bill.

Brook Lopez: A Lopez return to Brooklyn would be a great story, and, as a backup, he could carve out a huge role on what should be a really good team next year.

Kevin Love: The Nets could badly use frontcourt help, especially at the power forward spot. The Cleveland Cavaliers are nowhere near contending for anything. A Love deal could greatly benefit both parties here.

Hassan Whiteside: If it means getting more first-round picks, pulling off a deal for Whiteside would be similar to moves Brooklyn’s front office has made in the past. Not only would they get more assets in such a deal, they would get a bench contributor who can change games on the defensive end.

The Nets will select 17th overall in the upcoming 2019 draft, as well as 27th overall thanks to last summer’s Kenneth Faried salary-dump trade. They don’t have their own second-round pick, they owe that to the Orlando Magic, but they do have a second-rounder courtesy of the Knicks. 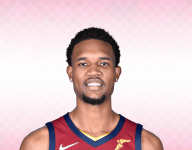