The biggest knock on San Diego State’s Jalen McDaniels is that he has a fairly slight frame for his height, but that didn’t stop the forward from pulling down 8.3 rebounds per game last season.

After a relatively exciting freshman campaign, he improved his scoring from 24.1 points per 100 possessions to 29.8 points per 100. He also increased his comfort from three-point range. McDaniels connected on just four shots from beyond the arc in 2017-18 and improved that to 24 (0.7 per game) last year.

Meanwhile, he ranked Top 5 in his conference for defensive win shares in both of his collegiate seasons. For that to translate to the next level, he will need to put on size. Until then, he is a solid project with some legitimate potential. 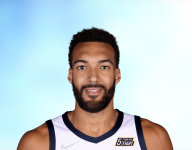 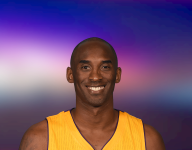