D’ANGELO A KEEPER? When the Warriors traded for D’Angelo Russell, many thought it would be a half-year rental at most, meant to keep Golden State’s 2-guard position warm until Klay Thompson got healthy, at which point the 23-year-old wold get moved to a third team. The Athletic’s Ethan Strauss, however, doesn’t believe that to be the case, not after listening to general manager Bob Myers’ press conference with Russell and doing some behind-the-scenes digging of his own.

👉 Russell is the third highest-paid Warrior this season… way ahead of franchise legend Draymond Green.

CARUSO OPENS UP: Alex Caruso used to be a regular basketball fan with a twitter account, following his favorite players and keeping up with the latest news. Now, he’s one of them, which he finds surreal.

BIG: The Sixers are raving about Joel Embiid’s conditioning. That’s bad news for the rest of the NBA…

SEASON PREVIEW: We project the Lakers to finish second in Los Angeles, the Pacific Division and the Western Conference.

TOP OF THE TOP: We’re almost done with our Top 100 of the century rankings. This week we feature players between No. 6 and No. 10. They have all won MVP or Finals MVP… except for Chris Paul.

NBA RAP WARS: Damian Lillard has a new rap-war foe, this time going toe-to-toe with NBA legend Shaquille O’Neal. It’s not the first time Lillard picks up a fight with a fellow NBA rapper, either.

HOT SEATS NO MORE: Remember all the noise about NBA head coaches enjoying no stability a few years back? That has changed quite a bit, per our research. Head coaches enter this season with an average of 303.5 games with the same team. That’s almost four years.

SNAIL PACE: Boban Marjanovic and Robin Lopez are the slowest players in the league, according to NBA 2K20. There’s a ton of international big men near the top of the ranking – both Gasol brothers included. 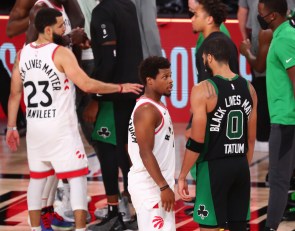 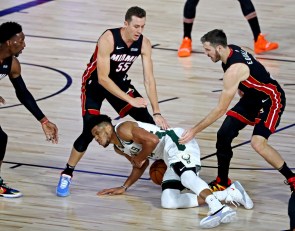 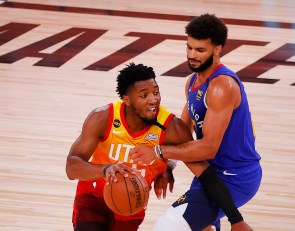 The HoopsHype Weekly: Ranking the Top 10 players in the 2020 NBA playoffs so far