Now that the 2020 NBA trade deadline has officially passed, it is worth looking at the most interesting buyout candidates around the league.

Some of the bigger names that could have been available (e.g. Tristan Thompson, Ian Mahinmi, E’Twaun Moore, Langston Galloway and even Vince Carter) are expected to stay with their teams for the remainder of the season. Similarly, there are various other players (e.g. Isaiah Thomas, Trey Burke and Tim Frazier) who are expected to be waived by their teams rather than bought out.

But with all of that in mind, there are several players around the NBA who do make sense as options on the buyout market.

All figures are courtesy of the NBA Player Salaries page on HoopsHype.

Phoenix Suns guard Tyler Johnson is playing a career-low 16.6 minutes per game. The 27-year-old has played in just three of their last 11 games as he recovers from a calf injury. He was mostly brought into the organization so that the team could move off the hefty money owed to veteran forward Ryan Anderson. Even though Johnson provides little value to the Suns, he could be a 3-and-D option in the backcourt for a contender. During his best season with the Miami Heat in 2016-17, he averaged 1.3 three-pointers and 1.2 steals per game.

Unlike with Allen Crabbe, the Minnesota Timberwolves have not yet given any playing time to Evan Turner after acquiring him in the four-team, 12-player trade. Even when he was on the Atlanta Hawks, the 31-year-old forward was playing a career-low 13.2 minutes per game. He was, however, playing a career-high 63 percent of his time at the point guard position. Turner may not have much value around the league at this point, but the Boston Celtics have already been linked to him for a potential reunion.

Charlotte Hornets veteran big man Bismack Biyombo is certainly one of the candidates for a buyout, though such an agreement may be unlikely. There is at least some incentive for the Hornets to keep Biyombo on their roster, as he is currently playing 19.1 minutes per game. That is the most playing time that he’s had since 2016-17. Meanwhile, he has also been in the starting lineup for 25 of the 43 games he has played so far this season. It may make the most sense for Biyombo to continue playing in Charlotte so that he can prove he’s worth more than a minimum deal this offseason (like Mahinmi in Washington). However, if a contender expresses interest, perhaps he is willing to leave the Hornets for a winning team.

Brandon Knight was included in the Andre Drummond trade, sending him from the Cleveland Cavaliers to the Detroit Pistons. The 28-year-old combo guard has only played 241 minutes so far this season, coming off the bench in each of the 16 games he’s played. That is a stark contrast from last year when he started in 26 of 27 games played for Cleveland. If the Pistons decide to hold on to Knight, he would be reunited with the organization. Knight was drafted by Detroit with the No. 8 overall pick back in 2011 and made the NBA’s All-Rookie First Team.

For a team looking to add a floor-spacing big man, there would be few (if any) better options than Charlotte Howard forward Marvin Williams if he gets bought out. With the emergence of rookie PJ Washington (who was selected to the Rising Stars game at All-Star Weekend), Williams has lost the formerly steady role that he once had on his team. He had previously started in every game that he played for the Hornets since 2015-16. Now, he has made only one appearance in their starting lineup this season and his playing time is down to a career-low 19.7 minutes per game. But at 6-foot-8, the forward has made 1.2 three-pointers per 36 minutes in his career and has shot 36.2 percent from downtown. There should be a decent amount of interest in Williams if he and his team agree to a buyout.

When the Memphis Grizzlies traded Andre Iguodala to the Miami Heat, the front office also included Solomon Hill for salary-matching purposes. While he has largely fallen out of favor on the teams he has played for over the past few years, the 6-foot-6 wing was shooting a career-best 38.1 percent from the three-point line this season. He had also made a career-best 2.2 three-pointers per 36 minutes during his time in Memphis. According to the Miami Herald’s Barry Jackson, the 28-year-old was told by the front office that he should plan to remain with the team “barring something unforeseen” happening. But in the NBA, those types of unforeseen situations happen all of the time.

Less than eight years, Anthony Davis was selected No. 1 overall in the 2012 NBA draft. The player selected next was Michael Kidd-Gilchrist. The contrast between these picks remains absolutely deafening as hindsight rears its ugly head. The 26-year-old is down to a career-low 13.3 minutes per game and has only made 12 appearances this season. With only 160 minutes offered to him this year, Charlotte has likely moved on. He may still have suitors around the NBA due to his defensive ability. According to The Athletic’s Kelly Iko, the Houston Rockets organization “has liked him for some time” and would be willing to take a flyer on him. The Charlotte Observer’s Rick Bonnell recently reported that the Dallas Mavericks are also “kicking tires” on Kidd-Gilchrist.

The reality of the situation is that Courtney Lee was only included in a trade to the Dallas Mavericks for salary-cap filler so that they could land Kristaps Porzingis from the New York Knicks. During his two seasons with the team, he has played just 10.9 minutes per game in 33 total appearances. The 6-foot-5 wing has virtually no role on the Mavericks and despite their record being that of a contender thus far, perhaps another team would take a look at what Lee could offer them. The 34-year-old has shot 38.8 percent from three during his career, hitting 1.4 three-pointers per 36 minutes.

The Detroit Pistons had to cut one of the players on their roster after trading away Drummond din a two-for-one deal with the Cleveland Cavaliers. They reportedly opted to go with Tim Frazier rather than Knight or John Henson. This makes sense, as Henson may play some of the minutes that Drummond was giving Detroit. He recorded a double-double (10 points and 11 rebounds) in his most recent game for the Cavaliers on Feb. 5 against the Oklahoma City Thunder. That was his first game in the starting lineup since Jan. 5 and just his second time in the starting five all season. More likely than not, though, he will join Thon Maker as frontcourt depth in Detroit behind 24-year-old Christian Wood and rookie forward Sekou Doumbouya.

There is hardly a role for Matthew Dellavedova on the Cleveland Cavaliers. Their team already has three promising young guards selected in the past two NBA drafts in Darius Garland, Collin Sexton and Kevin Porter Jr. and they all require playing time for their development. Meanwhile, they recently traded Jordan Clarkson to land the 24-year-old Dante Exum. Dellavedova has not been in an NBA starting lineup since Dec. 23, 2017. Unfortunately, his most valuable skill set (three-point shooting) has taken a major plummet this year. His career mark from downtown (36.7 percent) is suddenly down to an abysmal rate (16.4 percent) so far this season. It may scare away any teams that would have otherwise been interested in signing him.

Sacramento Kings guard Yogi Ferrell does not make very much money; in fact, he has a lower salary than anyone else on this list. However, he is playing at a career-low 11.4 minutes per game and was scratched from the lineup in the Kings’ most recent game. Ferrell is buried in their backcourt rotation behind emerging star De’Aaron Fox and backup point guard Cory Joseph. While there may not be much of a market for the six-foot playmaker, he has averaged 4.0 assists with 2.0 three-pointers and 1.1 steals per 36 minutes in his NBA career. Still only 26 years old, there may be at least one contender that would be willing to give him minutes in their rotation. 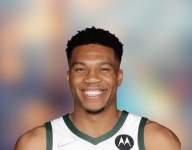