Now that the 2020 NBA trade deadline has officially passed, it is worth looking at the most interesting buyout candidates in the league.

Some of the bigger names that could have been available (e.g. Tristan Thompson, Ian Mahinmi, E’Twaun Moore, Langston Galloway and even Vince Carter) are expected to stay with their teams for the remainder of the season. Similarly, there are various other players (e.g. Isaiah Thomas, Trey Burke and Tim Frazier) who are expected to be waived by their teams rather than bought out.

But with all of that in mind, there are several players around the league who do make sense as options on the buyout market.

All figures are courtesy of the NBA Player Salaries page on HoopsHype.

Phoenix Suns guard Tyler Johnson is playing a career-low 16.6 minutes per game. The 27-year-old has played in just three of their last even games as he recovers from a calf injury. He was mostly brought into the organization so that the team could move off the hefty money owed to the veteran forward Ryan Anderson. Even though Johnson provides little value to the Suns, he could be a 3-and-D option in the backcourt for a contender. During his best season with the Miami Heat in 2016-17, he averaged 1.3 three-pointers and 1.2 steals per game. 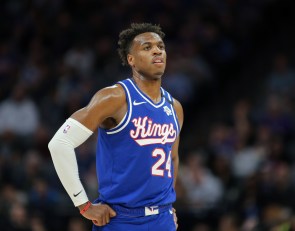