During his second-to-last season in the NBA, former NCAA champion Mike Bibby played for three different teams. He started the year with the Atlanta Hawks and was then moved to the Washington Wizards. After playing just two games, he and the organization agreed to a contract buyout and joined the Miami Heat. Bibby played 26.5 minutes per game for Miami, including 12 appearances in the starting lineup. The point guard connected on his personal-best 2.5 three-pointers per 36 minutes while shooting 45.5 percent from beyond the arc. He also started all 20 games during the playoffs for the Heat. However, Bibby averaged just 3.7 points and 1.2 assists per game during these contests. 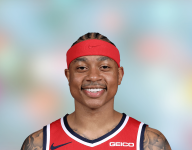 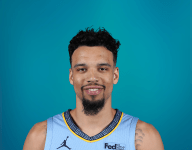 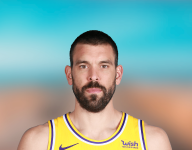