CLIPS MAKE BIG ADDITION: The Clippers continue to tinker with their rotation, as yesterday, they reportedly agreed to terms with point guard Reggie Jackson, who has spent the last five-and-a-half seasons with the Pistons prior to getting bought out on Monday. Between his time in Detroit and Oklahoma City, Jackson has nearly 40 games of playoff experience to lean on as a member of the Clippers and provides Los Angeles with insurance in case Patrick Beverley and Paul George continue to be hampered by injuries over the homestretch of the season.

Another benefit of the Clippers picking up Jackson is that, according to Woj, the Lakers were also quite interested in signing him – which makes sense considering how largely ineffective Rajon Rondo has been at backup point guard this season – so not only are they making a solid addition to their bench, they’re keeping that same player away from arguably their biggest competition in the West this year.

On the season, Jackson is averaging 14.9 points and 5.1 assists per contest while shooting 37.8 percent from three-point range. He won’t be asked to be a major part of the offense as a Clipper, but as long as he can take over secondary ball-handler duties for certain stints, defend and hit open jumpers, he could give L.A. a nice boost to their backup unit.

BEILEIN OUT: Smoke continues to rise that first-year Cavs head coach John Beilein will be out of a job soon, as it was reported yesterday that he would be walking away from the final $12 million of his four-year guaranteed salary.

Taking over in Cleveland on a full-time basis will be JB Bickerstaff, who has two previous stints as a head coach under his belt, one in Houston and one in Memphis. He has an overall coaching record of 52-82.

ONE ON ONE: Jaren Jackson Jr. joined us for an interview over All-Star weekend, where he discussed a variety of topics, such as what it’s like growing up with an NBA player for a father, as well as his own personal improvements over the past season and a half.

STAR OUT AGAIN: Kyrie Irving re-aggravated his shoulder injury and will see a specialist this week. Don’t be surprised if this is the last you see of Irving until next season.

NO HELP COMING: The Nets can’t expect Kevin Durant to come to the rescue this season, either, as his mom told TODAY that the former league MVP isn’t returning in 2019-20.

KNICKS COACHING SEARCH: It’s going to take a lot for the Knicks to pry national championship head coach Jay Wright out of Villanova.

CHAMPION OPENS UP: Chris Bosh opened up about missing out on the Hall of Fame, stating that he’s disappointed he won’t be able to enter with this amazing class of players, featuring Kobe Bryant, Kevin Garnett and Tim Duncan, that he admired when he himself was a player.

NITTY GRITTY: For the salary-cap nerds out there, The Athletic broke down just how the updated salary cap for 2020-21 of $115 million will affect this summer’s free agency. Spoiler alert: Players who want a big contract this offseason are in for some bad news.

FASHIONABLE SUPERSTARS: James Harden and Russell Westbrook sat down with GQ to talk about fashion and a whole bunch of other stuff.

NOT FOR EVERYBODY: 11-year NBA veteran Quentin Richardson, who spent five-plus seasons in New York, discusses why he thinks the Knicks are having trouble picking up marquee free agents these days. The pressure of New York isn’t for everybody, apparently.

WEEK IN THE LIFE OF: Life in the G League is not easy, even if those players are just a step away from reaching their goal of being NBA players. This article does a great job of illustrating what it’s like for G Leaguers trying to make their way to the top level of professional basketball. 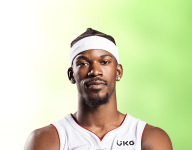 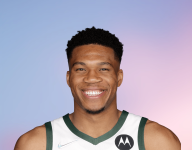