Is the hot hand real? WSJ's Ben Cohen on his book and the science of streaks

Is the hot hand real? WSJ's Ben Cohen on his book and the science of streaks

In 1985, research seemed to indicate that the hot-hand phenomenon doesn’t actually exist and humans just see patterns in randomness. Anyone who’s played or watched basketball had a hard time believing this. However, in recent years, new data proved that the hot hand is a real thing. Ben Cohen, an author and reporter for The Wall Street Journal, wrote a book about this called “The Hot Hand: The Mystery and Science of Streaks.” Ben joined Alex Kennedy on The HoopsHype Podcast to discuss this new research, real-life examples of the hot hand and more. Time-stamps are below!

1:10: Ben talks about how this book came together and what it was like writing his first book.

4:30: The original study that said the hot hand isn’t real was published in 1985 after the researchers studied the Philadelphia 76ers. They studied in-game stats and had players shoot jumpers and predict whether the ball would go in prior to each attempt. Ben provides some more details about this study and discusses the controversial results.

6:55: In recent years, Carolyn Stein and John Ezekowitz did research of their own that was much more in-depth. Using SportVU data, they were able to study over 83,000 shots from the 2012-13 season. This study determined that the hot hand is 100 percent real.

10:20: Two other researchers found that the 1985 study was very flawed and, when interpreted correctly, actually proved that the hot hand does exist. Upon further review, the study showed that players who got hot actually saw a 12 percent increase in their shooting percentage.

11:55: Even though the 1985 study was wrong about the hot hand, it is true that humans look for patterns when they aren’t there (rather than accepting randomness). One example that Ben writes about in the book is Spotify being forced to make their shuffle-music option less random because people were upset when it was truly random and the same artist played back-to-back.

14:50: Not only is there evidence that our ancestors also believed in the hot-hand theory, recent studies show that monkeys believe in it too.

18:30: The hot-hand phenomenon applies to more than just basketball, as Ben covers in this book. Musicians, artists, scientists, directors, writers and many other creators experience the hot hand as well.

23:10: The hot hand is a big reason why NBA Jam was one of the most successful arcade games of all-time. NBA Jam also conditioned many people to believe in the hot hand including a kid named Stephen Curry (whose father, Dell Curry, was in the game).

27:45: Ben writes about attending a meeting of The Harvard Sports Analysis Collective and noticing that all of the students are huge fans of Michael Lewis’ book “Moneyball.” Ben talks about how there’s an entire generation of people who grew up with analytics and think about sports differently.

30:00: Will the next generation of NBA players have a “Moneyball” mentality and focus on analytics more?

35:45: After spending so much time researching and writing this book, what were the biggest takeaways for Ben?

Click here to purchase Ben’s book “The Hot Hand: The Mystery and Science of Streaks.” 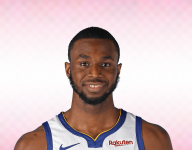 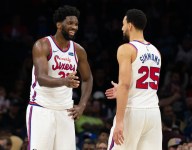