The suspension sucks, but also gives the NBA a chance to experiment

The suspension sucks, but also gives the NBA a chance to experiment

The NBA is set to continue its suspension through what will likely be a minimum of three months. This would have the regular season come back in mid-June, have the playoffs in July and finals in August. If this were to happen, this would likely push the start of the 2020-21 season a couple months forward as well, likely around Christmas.

A December-to-August NBA calendar is exactly what Hawks owner Steve Koonin proposed just a couple days before the NBA announced its suspension. If the NBA’s three-month break remains on schedule, he may end up getting what he wishes for.

The schedule doesn’t need to be the only thing that the NBA radically alters or adds. The season being paused has put the league in completely new territory, and in order to keep up with what could be a reduced rest-of-season schedule, every creative option is on the table. The league and players have a window of opportunity to agree to many ways on how to continue the rest of this year, and potentially implement in future campaigns.

The main benefit of a new schedule is ratings. As Koonin explains, the current NBA calendar starts in October, putting them in immediate competition with the NFL and NCAA Men’s Football. If the NBA season started around Christmas, this would allow the league to start when both football seasons are close to ending. The idea is that the NBA would have better ratings if games are mostly played in the winter and spring, a time where they and the NHL dominate. Also, ending in August allows the NBA to have playoffs during the summer, a time that currently only the MLB plays in. With the NBA continuing to grow, and the NFL still the leading professional sports league in the United States, completely avoiding their schedule makes sense. With the NBA campaign stretching out into August most likely, that could very well force the start of the 2020-21 season into December.

The players and league could alternatively agree to a shorter offseason with the reasoning being that they are already getting three months off in the suspension. This could allow the league to continue its normal October-to-June season calendar.

With the season suspended for a minimum of three months, canceling regular season games may be in consideration. Jumping straight into the playoffs would be unfair to the several teams that are still fighting for one of the last few postseason spots. It also might be best for players to get a few games to get back into the speed of things before they start the playoffs. Some type of mini-tournament could be implemented to speed things up while giving most teams a fair opportunity to get in the playoffs.

The league can also try to implement a league-wide, single-elimination tournament and playoffs hybrid. The NBA also proposed a mid-season tournament that would involve every team. Perhaps they can adapt it and give almost every team a chance to qualify for the playoffs. Nets guard Spencer Dinwiddie proposed a 28-team bracket where seeds 1-4 get first-round byes while 5-28 play a single-elimination game. The 12 winners qualify for the playoffs along with the top 4 seeds, and those 16 teams make up the playoff teams. This format would also serve as a trial for playoffs without conferences, which is something that the NBA has discussed over the past few years.

If the 2019-20 season does return in June and ends in August, offseason dates need to be moved around. This would mean pushing the draft and draft related events such as workouts and the combine, free agency, and summer league into the fall.

When to have the draft is one of the more complicated issues because it involves so many different parties. Putting the draft in late August/early September instead of June conflicts with the NCAA timeline. Of course, the NBA is nearing the 2021-22 season where they will lower the age requirement, allowing top prospects to enter the league right after high school. Also, right now the draft is set for June, which would be when the season is supposed to resume. The draft is a great time for teams to make trades, but teams that are still in the playoffs wouldn’t be allowed to make any. Pushing the draft forward seems like the best option for the NBA.

Daryl Morey on tampering: "I've spoken to (Adam Silver)… It hurts the league office to have unenforceable rules."

While they are moving dates around, perhaps the league and players can agree to push free agency ahead of the draft. This has been something supported by Rockets general manager Daryl Morey, and now would be the perfect time to test it out. Many upcoming players are going to be eager to get into free agency with so much uncertainty over revenue. They might prefer getting their new deals before teams draft players, because a draft pick being made first could take away money from a free agent signing. 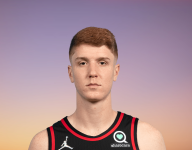