Washington Wizards star Bradley Beal is teaming up with World Series champion Alex Rodriguez, who is attempting to purchase an MLB franchise.

Rodriguez is leading the investment group with his wife Jennifer Lopez. The two have put down $300 million of their own money thus far, per ESPN, and the party has submitted an initial bid of $1.7 billion.

In addition to Beal, Rodriguez and Lopez are joined by several other former and current athletes. This list is highlighted by notable NFL stars including linebacker Brian Urlacher, tight end Travis Kelce, running back DeMarco Murray and offensive lineman Joe Thomas.

“I love him, man. I love everything he do. I love him carrying that bat to first base, everything. If they’re going to do that, return the favor: Smack that s— out the park & drop the bat right at first base.”

Beal, who reportedly played shortstop when he was growing up, is a fan of his hometown St. Louis Cardinals. He spoke about the sport during the 2019 postseason (via NBC Sports):

“Everybody’s mindset is ‘oh man, baseball games last five hours.’ Everybody thinks they are boring until the playoffs. At the end of the day, they are pro athletes, too. They work on their craft and get excited and they get emotional about the game, too. So, why not let them have some celebrations when they hit a home run? Why not? Let a pitcher do the same thing when they strike someone out. I don’t think it’s disrespecting the game .. You can’t really celebrate and taunt like you want to. It sucks. I’m glad I play basketball.”

The guard is not the only basketball player currently partnered in this opportunity. He is joined by Denver Nuggets big man Mason Plumlee.

Currently, the highest bidder for the Mets is believed to be billionaire hedge fund investor Steve Cohen.

However, another bidder is Philadelphia 76ers governor Josh Harris. The businessman is also the principal stakeholder in the New Jersey Devils of the National Hockey League.

The Mets play in the Eastern Division of the National League, which is the same division as the Miami Marlins. While it is only just 0.63 percent of the share, per Miami Herald, five-time NBA champion Michael Jordan is also a minority investor in the Mets’ divisional rival. 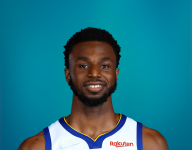 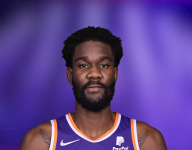