There are only a few more days left in NBA’s eight-game seed schedule before we get a play-in series for the final spot in the Western Conference. Wednesday’s card is headlined by a rematch of the 2019 NBA Eastern Conference Semifinals series between the Toronto Raptors and Philadelphia 76ers and a chance for the Los Angeles Clippers to clinch the 2-seed in the West against the Denver Nuggets.

The most difficult part about handicapping these seed-schedule games, especially down the stretch, is figuring out the motivation edges. How much influence does playoff standings have? Do certain players have an ax to grind (in a basketball sense) in their individual matchup? That’s the game here.

We have a spot with a team that should be motivated with the Clippers having a 1.5-game lead on the Nuggets for the second seed in the West and only two games remaining.

The Clippers -4.5 (-110) steamrolled Denver in the last meeting, 133-102, but they were completely healthy. However, the closing line was Clippers -7, and I don’t believe when factoring in the injury reports that Los Angeles should be favored 2.5 points less given the situation.

Both teams lost their last game, and Denver’s loss to the Los Angeles Lakers isn’t as embarrassing as the Clippers’ loss to the Nets, but the Clippers sat SG Paul George against Brooklyn. The Clippers have sat both Kawhi Leonard and George in recent games and, if they play against Denver, it would appear that it was to have their stars fully healthy for a clinch game.

Leonard has played great in his career versus the Nuggets. His teams are 16-4 in games he starts and Leonard is shooting .525% from the field, has a .624% True Shooting %, plus a 122-rating in offensive efficiency and 98-rating in defensive efficiency. George hasn’t had the same team success against Denver, but he’s scored 24 or more points in his last five games against them. 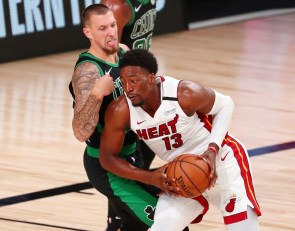 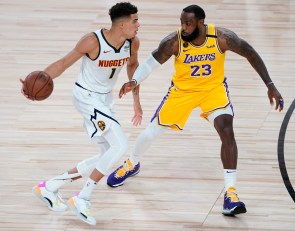 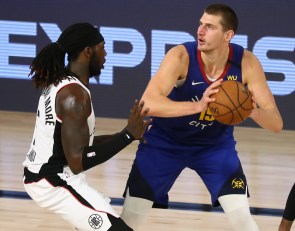 LeBron has won 24 percent of first-place MVP votes in his career. That doesn't come close to Michael Jordan

NBA draft prospect Cassius Winston: 'You can’t box me in as just one type of shooter'

Report: Joe Johnson not calling it a career, could play overseas