Should the 76ers trade Joel Embiid or Ben Simmons? NBA executives and coaches weigh in

Should the 76ers trade Joel Embiid or Ben Simmons? NBA executives and coaches weigh in

Philadelphia is anything but the city of brotherly love right now. Sixers management is under fire for the bloated Al Horford and Tobias Harris contracts, who woefully underperformed in the playoffs. Coach Brett Brown is on the hot seat and is expected to be fired soon.

After losing in back-to-back Eastern Conference Semifinals, Philadelphia took a step back, getting swept in the first round of the playoffs without Ben Simmons.

Now, the 76ers head into the offseason with major changes expected, starting with Brown. Unlike at the end of last season, Joel Embiid didn’t come to Brown’s defense when his job security was called into question, likely knowing his coach’s fate is sealed.

“I’m not the GM,” Embiid said after Game 4. “I don’t make the decisions. All I know is we have a great organization, a bunch of great people.”

Embiid also said Brown would be a “friend no matter what.”

In terms of the roster, Philadelphia’s most valuable trade chips are Embiid and Simmons, whose long-term fit together has been questioned.

HoopsHype spoke with five executives, three coaches, three scouts, and two general managers on the condition of anonymity to get their takes on whether to move either Embiid or Simmons or keep the two All-Stars and restructure the roster elsewhere.

Five of the talent evaluators said to keep both stars, another five said to trade Embiid, and the remaining three voted to trade Simmons.

Embiid did his best to carry the 76ers without his All-Star teammate averaging 30 points, 12.3 rebounds, 1.5 steals and 1.3 blocks per game against the Celtics.

In a league where playing small ball has become more of a trend, Embiid remains one of the league’s most dominant big men with his ability to score from anywhere on the court and provide rim protection around the paint.

The talent evaluators who voted to trade Embiid predominantly cited injury concerns and the belief that spending cap space at different positions made more sense while trying to find a defensive big man who can be effective in pick-and-roll action. If the big man can spread the floor, it’s a bonus.

“I would trade Embiid,” one Eastern Conference general manager told HoopsHype. “He’s older and has injury concerns. I think it’s easier to fill in around Simmons. Some teams still value a player like him. You should try to get a young player with All-Star potential and a starter-level player.”

Embiid and Horford never fit together from a frontcourt standpoint. The 34-year-old Horford and Embiid are not quick enough to guard big men around the arc or switch onto guards in pick-and-roll sets. Offensively, both can stretch the floor adequately but are not elite shooters. Embiid has a nice mid-range touch and likes to face up his defender in the post. Horford has become more of a pick-and-pop player in the latter stage of his career. By having Embiid and Horford together in the same frontcourt, it also limits the effectiveness of Harris, whose preferred position is the four where he can stretch the defense.

“I think you trade Embiid and turn Simmons into someone like Giannis (Antetokounmpo) or Pascal (Siakam),” one rival Eastern Conference coach told HoopsHype. “Add shooting, find a cheap center but end the game with Horford at the five and Tobias at the four. You can’t get off Tobias or Al anyway. The roster fit doesn’t work, and it didn’t work from the start of the season.”

With Brown expected to be fired as well, the next coach’s style of play will also factor into management’s consideration.

“If I were a new coach, I’d like to coach them together for a year first before trading either, but if I had to pick, I’d trade Embiid,” one Western Conference coach told HoopsHype. “I think Simmons is more versatile. I’d just surround him with shooters and open the floor up like Milwaukee for Giannis. There can be more creativity with Simmons on the offensive end. I would try to trade Embiid to Miami and get some of their young, hungry shooters and guards like Tyler Herro, Kendrick Nunn, Duncan Robinson, etc. Ideally, I’d get Bam, but I doubt Miami would trade him. I am a big believer in Simmons’ motor and defensive versatility. He reminds me a lot of a young Jason Kidd. He’s got incredible open court speed and is an elite passer, but is an average ball-handler in tight spaces and a poor shooter. He has elite defensive hands with incredible defensive instincts and strength.”

Kidd, who reportedly had a strong interview with the New York Knicks before Tom Thibodeau was hired, could be the type of coach who unlocks Simmons’ potential as a point forward. Should the 76ers look to promote from within, Ime Udoka would be the leading candidate.

You know what you’re getting from Simmons on a nightly basis as a 16-8-8 guy. Similar to another versatile lefty, Lamar Odom, Simmons leaves you wanting more, especially if he’s going to draw some comparisons to Magic Johnson as his ceiling.

“Simmons has been in the league long enough now that you should see improvement on that jump shot,” another Eastern Conference executive told HoopsHype. “He hasn’t put in enough work. If you move Ben, you need to get back a dynamic point guard. I never thought you could win with him as a point guard because he can’t shoot from three and the foul line, and that lane gets smaller and becomes a halfcourt game in the playoffs. For people to compare him to Magic Johnson is f—— blasphemous.”

While players such as Kidd and Johnson got triple-doubles without a consistent jump shot, Simmons has shown a severely limited willingness to shoot beyond the arc, as evidenced by his 24 career attempts in three seasons. According to Basketball-Reference, Simmons has only attempted 10.5 percent of his overall field goal attempts from 10-16 feet and two percent from 16 feet to the arc area.

“Embiid has big-time talent,” one longtime Western Conference executive told HoopsHype. “If healthy, I would be reluctant to trade him. As talented as Simmons is, I’m skeptical about his shooting ever really improving. Horford is the ultimate shooting five. I think Harris’ best position is the four.”

Another executive echoed Simmons’ shooting woes as a major red flag, and the executive deviated from the notion that small ball and a bunch of shooters around Simmons can win at a high level.

“For sure, I’d trade Ben Simmons because Embiid is a much better player, but you have to factor the injury factor for Embiid,” one longtime Eastern Conference executive told HoopsHype. “He’s been fortunate to stay healthy, but how long can that last? Ben had knee and back injuries too. It’s hard to build a team around Simmons because of his deficiencies. When you have a big guy that’s dominant, all the best teams are big. Toronto, Milwaukee, the Lakers. If you have a player as good as Embiid, it’s no question. I think Simmons is overrated.”

Last season against Toronto in the playoffs, Simmons averaged a pedestrian 11.6 points, while shooting 57.5 percent from the foul line, with 4.9 assists in 36.3 minutes of action as Philadelphia lost to Toronto on Kawhi Leonard’s shot at the buzzer in Game 7.

The consensus among those who voted to keep the two All-Stars was primarily it’s hard to get equal value for two stars at young ages, even if the fit isn’t ideal. There’s a belief that the two can work together effectively if the right supporting cast is around them.

Atlanta Hawks coach Lloyd Pierce, who coached both players as an assistant coach on Philadelphia’s staff during the 2017-18 season, vehemently was against moving either player.

“I think it’s blasphemy,” Pierce told HoopsHype during a recent podcast appearance. “I think in this league, the challenge is, can you win? Are you a winner? If you’re that guy, it doesn’t matter who you play with. Winners get extra rebounds, run the floor, attack, defend, compete. To think you have a top-10 and a top-15 talent and you have two of them, and they can’t co-exist? I think they both impact winning. I’m not getting rid of one to go find another because you might not find another. It’s hard to find top-15 talent that impacts winning and is competitive. Both of those guys, I think, have shown that. They were a basket away from going to the Conference Finals last year. Chemistry is real. You have to have team chemistry. You have to develop it. You have to continue to work at it. Impacting winning and competing is real as well. I think both of those guys have that. I’m more concerned with how do you make it work, not let’s get rid of it and try another route. I don’t really agree with that approach for any team.”

Embiid is under contract for the next three seasons for a combined $94.7 million, and Simmons begins his five-year, $170 million extension next season, per our 76ers salaries page.

“I would keep them both,” one Western Conference executive told HoopsHype. “You’re not going to get equal value in a trade. The issue is the Horford and Harris contracts. If I had to trade one, it would be Simmons. I think Embiid is too dominant and able to control the game on both ends of the floor. The only reason I would trade him is if I’m afraid of his medical because they should know better than any other team.”

Philadelphia had a potent offense when shooters like JJ Redick, Ersan Ilyasova, and Marco Belinelli spread the floor for Embiid to operate more predominantly in the post and open driving lanes for Simmons to penetrate.

“I wouldn’t trade either,” one Eastern Conference scout told HoopsHype. “Especially in this market climate. I’d surround them with a mix of elite shooters and defenders (hopefully both) and give it a few more years. It’s tough to replace those types of talents.”

For a look at potential free agent shooters hitting the market this offseason, check out our HoopsHype rankings by clicking here. 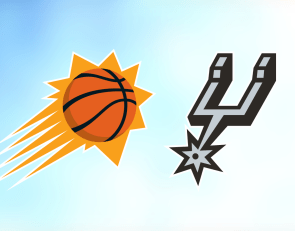 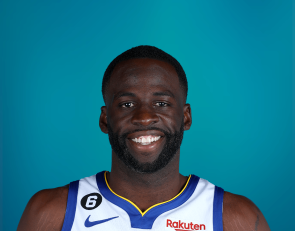 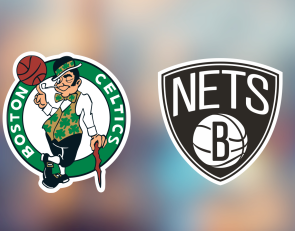 Celtics vs. Nets: Start time, where to watch, what's the latest 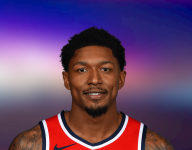 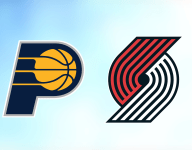 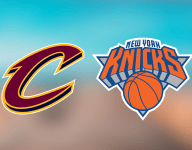