Both 8-seeds are on the brink of elimination in Saturday’s Game 5 triple-header. The Orlando Magic hope to stay alive against the Milwaukee Bucks and the Portland Trail Blazers try to extend its series with the Los Angeles Lakers without superstar, Damian Lillard, in its rear-view.

Today we are going to focus on the tied Oklahoma City Thunder-Houston Rockets series.

The major factor of this wager might throw some off originally. Russell Westbrook has been activated ahead of Game 5 in Thunder-Rockets and I think that actually hurts Houston’s offense.

Westbrook will go down as a Hall of Famer so you don’t naturally equate worse offense with his presence. However, Houston’s offensive efficiency drops 2.4 points with Westbrook on the court.

Since Westbrook is a bonafide superstar, wouldn’t it be expected Houston might force him into a gameplan or call specific plays for him? I think it does. But more Westbrook means fewer role players.

The Under cashed in two of three regular-season meetings between the Thunder and the Rockets (Westbook played in all three). The two games that went Under, Westbrook had 32 and 34 points. Furthermore, Houston’s defensive efficiency improves by two points with Westbrook on the court.

Westbrook likes to use his explosiveness early in possessions to create fastbreak chances, but the Thunder rank first in opponent’s fastbreak points per game. If OKC can force Houston to play more half-court offense, there will be fewer possessions in the game, hence less scoring. That fits what the Thunder like to do anyways since they are ranked 22nd in pace.

Also, OKC defends what Houston does well: Getting to the foul line and 3-point shooting. The Thunder rank third in opponent’s free throw rate and second in opponent’s 3-point %. 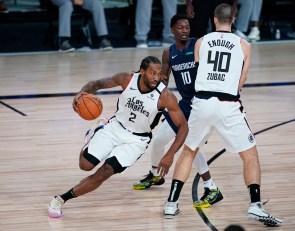