On this episode of the HoopsHype podcast, Michael Scotto is joined by colleague Yossi Gozlan, our salary cap expert. Scotto and Gozlan discuss several NBA trade talks involving Russell Westbrook, Chris Paul, Jrue Holiday, and more leading up to the draft. The duo also talked about subsequent free agency sign-and-trade scenarios for Danilo Gallinari, Davis Bertans, and others, plus free agency rumors and extension candidate possibilities. Listen to the podcast above or check out some snippets of the conversation in a transcribed version below.

MORE: NBA talent evaluators on the future of Rockets, Harden: ‘Can’t keep it the same’

Scotto: If Chris Paul falls through, Fred VanVleet is a guy Phoenix has interest in depending on how things shake out on the trade market.

Gozlan: If they’re going to trade for Paul, the logical trade would be (Kelly) Oubre, (Ricky) Rubio and one more small minimum salary. Just to match salaries, that works.

Scotto: The Nuggets, I heard back towards the trade deadline, made a run to try to acquire him with guys like Will Barton and Gary Harris being dangled out there.

Scotto: Some have questioned in the league whether maybe Indiana could move Turner to a team like Boston that’s looking for a center, and Hayward would be a piece that’s dangled right now.

Scotto: I’ve heard Boston is looking to upgrade in the frontcourt. I’ve heard they’re trying to get into the top-10 to get Onyeka Okongwu or even James Wiseman.

Gozlan: Portland, I think, has a real whole that Gallinari can fill right in. I feel like with Portland he can get the most minutes and obviously a starting opportunity there. He’d be a big part of the Blazers’ offense. They’ve got enough space below the hard cap to get him in a sign-and-trade. I could see Dallas also if they don’t make a big trade for a guy like Gordon Hayward or Victor Oladipo. I can see them trying to get Gallinari in a sign-and-trade.

Scotto: You’ve got Bertans in free agency, and the Wizards want to retain him. They think they’re a playoff team with a healthy John Wall, Bradley Beal back and Bertans as well. Certainly, I’d say he’s going to draw interest from a team like the Hawks in free agency who are looking to add shooting and some veterans around their young core in an attempt to compete and try to make the playoffs next year. Lloyd Pierce touched on it on a previous episode of the HoopsHype podcast, “You’re looking at the Toronto Raptors, Milwaukee Bucks, LA Clippers, and the Denver Nuggets, who have tremendous depth. We want to be in that same category. We want to make a huge jump next year.” Joe Harris is also going to be a target for the Hawks.

Scotto: We’ve touched on the Hawks. One of the reasons why Jeff Teague stood there and did not seek a buyout was for the potential to work with general manager Travis Schlenk on a potential sign-and-trade deal. You look at teams like the Lakers and the Clippers that could use point guard depth it seems like that could be a potential fit there. He’s said in an interview with HoopsHype he wants to win and be on a playoff team.

31:00 Is Montrezl Harrell a sign-and-trade candidate?

33:25 Restricted free agents who could be sign-and-trade candidates

Scotto: Ultimately, I do expect him back in Toronto somewhere around a potential Malcolm Brogdon type of contract.

Gozlan: I think he does go back to Toronto. He’s got the Knicks and the Pistons who could make a big offer for him. The question is, how much is too much for Toronto? I think $20 million (per year) is expected. Maybe once you get past $25 million, that’s when Toronto starts to get sweated because they’re also looking at next summer and making a run at Giannis (Antetokounmpo).

Scotto: Joe is going to be sought after on the market. I certainly expect the Hawks to have significant interest in Joe Harris, and I think that puts him in a great position because he can use Atlanta and try to leverage them. Brooklyn can’t afford to let this guy walk out the door because they don’t have a way to replace him.

Gozlan: The Jazz are in this position right now where it really hurts them that the salary cap and luxury tax didn’t go up. They’re already so close to the tax that they might only have the choice of either re-signing Clarkson or using the full mid-level exception.

45:15 Jerami Grant’s free agency future and other player option decisions for DeMar DeRozan and the Lakers

Gozlan: I think he’s (Grant) going to get paid about the same as Bertans and Harris. The Nuggets absolutely love him. I think they’ll keep him.

Gozlan: I have a prediction that we’re going to get a record number of extensions this summer. The main reason for that is the cap didn’t go up, and it might not go up very much at all. It might only go up as little as three percent over the next two or three years. With the salary cap looking like it’s going to be relatively frozen over the next two or three years, it’s going to take some time until we get to that period of normalcy where the salary cap starts going up naturally again.

MORE: Where do executives rank Tatum and Mitchell in our poll of the top players under 25 to build around? 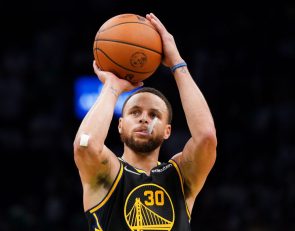 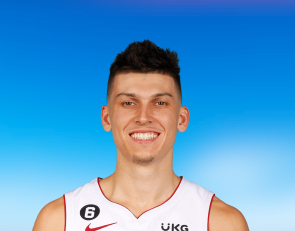 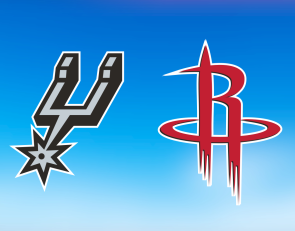 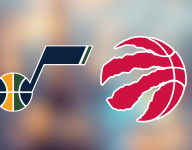 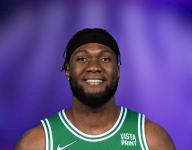 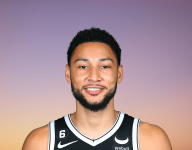 Ben Simmons to make Nets debut against 76ers on Monday 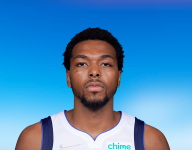 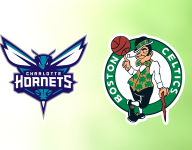 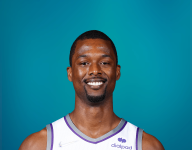 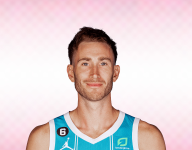