After opting into his final year with the Boston Celtics, Enes Kanter got traded to his former team, the Portland Trail Blazers. Kanter is coming off a nice year with the Celtics, where he averaged 8.1 points and 7.4 rebounds per game as the team’s backup center.

The 28-year old big man recently caught up with HoopsHype to talk about his trade to the Blazers, his championship aspirations, and last year’s run with the Celtics. Kanter also names his best starting five from all the teammates he’s ever had.

You’re back in Portland. How do you feel?

Enes Kanter: Yeah, man, I feel good. I came to Portland a couple of days ago. Everything’s good; I’m getting all my physicals done, testing and everything, and getting ready for a full NBA season.

On Twitter, you said that you’re going back home. Why does Portland feel like home for you?

EK: From day one, the whole organization, my teammates, the coaching staff, and the city opened their arms and gave me a warm welcome. And two years ago, in February of 2019, when I got waived by the Knicks, they kind of saved my career. I had so much fun during the 2019-20 season; the chemistry in the locker room was amazing. The leaders we had in Dame and CJ were just amazing teammates. The game became really fun for me.

Have you gotten a chance to speak to those guys – Damian Lillard, CJ McCollum? How are they feeling about you returning to the team?

EK: The day I got traded to Portland, Dame texted me, and he said, ‘Let’s go out there and win a championship.’ I was just super excited. I also saw CJ yesterday, and he was just very happy for me being here. But not only them, all the other guys as well. They were my ex-teammates, and they were so happy to see me come back.

It was reported that Boston gave you two choices. Either the Blazers or the Grizzlies. Was this report accurate?

EK: Most of the time, they were talking to my agent. When my agent called me and said that you’re getting traded to Portland, I was like, ‘I was here two years ago, and I had an amazing time, so let’s do it again.’

You arguably played the best basketball of your career during the 2018-19 season in Portland. How are you feeling this time around?

EK: I’m feeling good, man. I feel like we’re just going to run it back. When I was here, I just felt really good on both ends of the court. Terry Stotts’ gameplan fits well with my style; it’s like it’s for me. Whenever I’m out there, he trusts me, my teammates trust me, and I’m just going to go out there and have fun.

How would you describe your game at this stage of your career, in your prime years?

EK: I obviously have a lot of experience, I’ll always bring that toughness whenever I’m out there, grab a lot of rebounds. Plus, post-game, set pick-and-rolls, pick-and-pops. But the one thing I can do at this stage of my career is to go out there and try to make my teammates better. We have a lot of young guys, and I’m going to help them as much as I can.

Looking at the team and its roster for next season, what do you like? What are your general thoughts on it?

EK: We are a very big, physical team. You look at the bigs we have, and it’s amazing. Our size is probably bigger than most of the other NBA teams. We’re going to out there, play physical, and try to “bruise” them. One thing we can do is crush the offensive boards. If you look at the big men we have, Zach [Collins], me, Nurk (Jusuf Nurkic], Covington, Melo. It’s going to be a fun year.

You said Dame texted you and said, let’s get that championship. Is that the team goal for this year?

EK: For sure, man. That’s the team goal every year. I feel like we’re capable of doing it. They had many injuries last year, but this year, if everyone stays healthy, it’s going to be a special year.

Individually for you, what goals have you set for yourself for this last year of your contract?

EK: If you win a championship, whatever goal you have after that, you’ve accomplished it. That’s my main goal.

With all the moves in the offseason, this year’s title race could be wide open. I have the impression that more than five, six teams are legit title contenders. Do you feel the same?

EK: I think so. Obviously, the Western Conference is tough. Every year, there are so many contenders for the championship coming from the West. If you look at this year’s contenders, it’s us, the Lakers, Clippers, and Nuggets. From the East, I think Brooklyn is going to be pretty solid, Boston is going to be good too, Miami will have a really good year again, and the Bucks.

Looking back at your time with the Celtics, is there anything you would change or do differently?

EK: Because of the coronavirus situation, it was a very weird year. We were quarantining, we stopped playing basketball, started back up again, but I feel like we had an amazing run. We made the Eastern Conference Finals, I had an amazing time in Boston in an incredible organization with really good teammates. I learned a lot. I got a lot of experience, and it was the second year in a row in which I made the Conference Finals. I think it was a blessing to play for an organization to play with the Celtics. 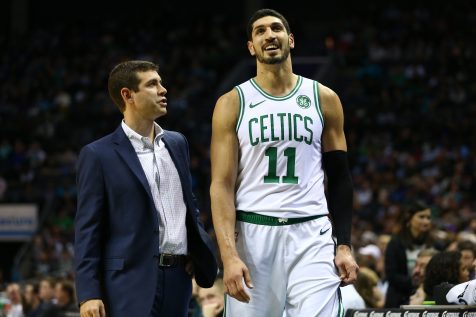 In the summer, you also played in the bubble. How was that whole experience like for you?

EK: The bubble was a good experience. The NBA did an amazing job by taking of the players, the coaching staff, and all workers. It was incredible that we stayed for over 100 days, and there wasn’t one positive coronavirus test. That shows how much of a great job the NBA did. I hope that this year we won’t need another bubble. Lots of players were missing their families, their kids, their loved ones. I hope that the vaccine they find will work and we won’t need a bubble this year.

If it gets down to it though, and you have to play in another bubble, would you do it again?

EK: Obviously. It’s a short period of time. We’re just going to go there, do what we do best, which is compete.

Could we have seen a different champion if the season never stopped? Did it benefit the Lakers?

EK: I think it did help the Lakers because they are a veteran team and had more time to get rested, but I have no idea to answer that question.

I’m guessing you’re really looking forward to playing back in NBA arenas around the country and having fans present at some time. Why is that so important for players? And how much could it affect the result of a game or even a playoff series?

EK: It affects a lot. When fans come back to the arenas, you will appreciate it more. It did not feel the same. For me, having the fans in the arenas, hearing the loud cheers, the applauses is something really special. Once you lose this, you understand how important it is. I’m hoping that the NBA comes up with a plan to have fans back in the arenas. 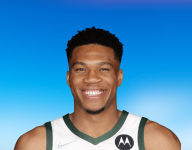 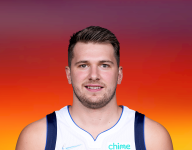