Houston and Washington made a blockbuster trade Wednesday evening involving two of the highest-paid players in the league which sent Russell Westbrook to the Wizards and John Wall and a lottery-protected 2023 first-round pick to the Rockets, as ESPN reported.

Westbrook and Wall both make just over $41 million this season, $44 million next season, and each has a $47 million player option for the 2022-23 season.

HoopsHype spoke with one general manager, three executives, and an NBA scout for their reactions to the blockbuster trade and what it means for the players and their new teams.

“It’s a wash,” one Eastern Conference executive told HoopsHype. “Both teams needed to make a trade. Washington has to give up a pick because Wall has a bigger injury history and hasn’t played in two years. The contracts were the same. Russ should be really good in the East. Scotty (Brooks) should know how to use him. Washington will be better than they were since Russ is actually playing and Wall hasn’t been. I think Washington is for sure a playoff team.”

“The trade seemed inevitable,” another Eastern Conference executive told HoopsHype. “Two players at similar stages of their careers and both having demanded a change of scenery. Brooks gets a force of nature with whom he is well versed. Houston gets a much needed first-round pick as they inch toward a rebuild.”

As the executives alluded to, Wizards coach Scott Brooks is excited to reunite with his former All-Star point guard after coaching him for seven seasons with the Oklahoma City Thunder.

“Russell’s accomplishments and honors on the court speak for themselves, but his drive and will to win are what separate him as a truly unique player,” Brooks said in a statement.

On paper, adding an All-Star point guard should take the pressure off Bradley Beal, who was the league’s second-highest scorer at 30.5 points per game, but one general manager whose team faced Westbrook several times questions the backcourt fit.

“Two of the worst contracts flipped for each other should tell you something,” one Western Conference general manager told HoopsHype. “Did you see Russ play last year? He slowed down (James) Harden. I feel bad for Beal.”

Westbrook, 32, showed flashes of his superstar self when healthy in January and February, averaging a combined 32.9 points on 53.3 percent shooting from the field with 7.8 rebounds and 7.3 assists per game. However, towards the end of his time in Houston, he tested positive for COVID-19 and dealt with a quad injury. He struggled in the playoffs averaging 17.9 points while shooting 24.2 percent from beyond the arc and 53.1 percent from the foul line, and 4.6 assists per game.

If Washington adds a healthy nine-time All-Star in Westbrook, they should have a playoff team on paper in the East.

In Houston, Wall reunites with his former Kentucky Wildcat teammate, DeMarcus Cousins, who is also returning from an injury. The 30-year-old point guard has played pick-up games in the offseason with Harden and Brooklyn Nets forward Kevin Durant, who came away impressed by what he saw from the five-time All-Star.

Kevin Durant on John Wall: “He looked amazing to me. He looked great… I’m excited to see John play again. He’s been out for two years now. I know he wants to go out there and play great basketball and lead that team, so I’m excited for him that he’s back.”

After playing against Harden in pick-up games and showing some explosion, one scout believes his fit next to Harden in the backcourt should be a good transition.

“I think it was time for a fresh start for both,” an NBA scout told HoopsHype. “I like Russell going to Washington and giving them an opportunity to keep Brad happy. Scott Brooks knows how to use him, and he’ll be the lead guard. Houston getting Wall and playing him with Harden seems similar to the fit with Russell. Obviously, there’s a real unknown about how good he’ll be back from injury. I think Washington got the better of the trade but let’s see what Wall’s status is.”

Another executive believes a healthy Wall can thrive with the Rockets in transition and Eric Gordon, PJ Tucker, Danuel House, Christian Wood, and Ben McLemore to spread the floor around him.

“I think Wall is better suited for today’s game, but who knows what he’ll look like coming off of the injuries,” a third Eastern Conference executive told HoopsHype. “You know that John’s value is zero since Washington had to include a protected first.”

The former No. 1 overall pick of the 2010 draft is motivated to show his peers he’s healthy again and prove he’s still one of the league’s top point guards. If he can do that, Houston can remain a playoff team in the West. If not, the trade rumors will swirl once again around Harden and a rebuild for the Rockets. 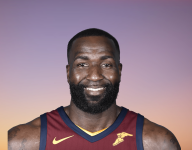