Three-time Sixth Man of the Year Lou Williams has agreed to a one-year, $5 million deal with the Atlanta Hawks, agent Wallace Prather of Par-Lay Sports and Entertainment told HoopsHype.

The 34-year-old guard averaged 10 points per game and shot 44.4 percent from three-point range for the Hawks after being acquired from the Los Angeles Clippers in a trade.

He stepped up in place of Trae Young during the playoffs for the Hawks, averaging 19 points on 62.5 percent shooting and 6.5 assists while starting Games 4 and 5 against the Bucks in the Eastern Conference Finals.

Looking ahead, Williams will continue to provide a scoring punch off the bench for Atlanta and be a veteran mentor to Young and other Hawks players. 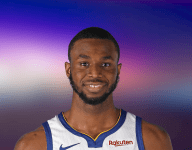