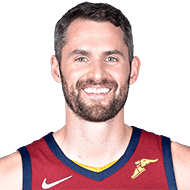 Kevin Love No. 49 in three-pointers now

Moved ahead of Danilo Gallinari with 1,379 three-pointers. He’s now 7 away from Antoine Walker

Kevin Love No. 63 in rebounds now

Moved ahead of Willis Reed and PJ Brown with 8,418 rebounds. He’s now 187 away from Dale Davis 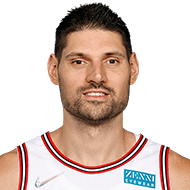 Nikola Vucevic No. 93 in rebounds now

Moved ahead of Larry Nance with 7,367 rebounds. He’s now 12 away from Gus Johnson 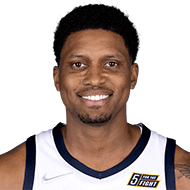 Moved ahead of Chris Webber with 17,183 points. He’s now 6 away from Chris Bosh 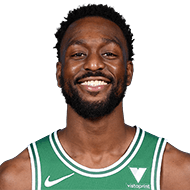 Kemba Walker No. 129 in assists now

Moved ahead of Scott Skiles with 3,882 assists. He’s now 6 away from Kevin Durant 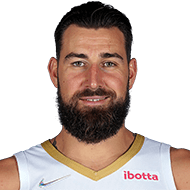 Jonas Valanciunas No. 160 in rebounds now

Moved ahead of Shareef Abdur-Rahim with 6,244 rebounds. He’s now 62 away from Clifford Robinson

Moved ahead of Andre Iguodala with 6,018 rebounds. He’s now 17 away from Anthony Davis

Nikola Vucevic No. 192 in blocks now

Moved ahead of Terry Cummings with 651 blocks. He’s now tied with Olden Polynice 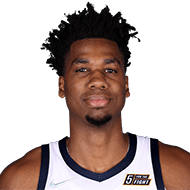 Hassan Whiteside No. 236 in rebounds now

Moved ahead of Rik Smits and Tracy McGrady with 5,284 rebounds. He’s now 13 away from Swen Nater

Jim Eichenhofer @Jim_Eichenhofer Josh Hart on Jonas Valanciunas (16 pts, 12 reb, 6 ast): “With B.I. out, we look to go to him more. We knew they were going to blitz him and trap him in the post. He made great passes. He was amazing for us tonight and we’re going to need him again tomorrow (in Philadelphia).” – 11:52 PM

Oleh Kosel @OlehKosel Pelicans open up 109-102 lead — with 1:01 left — after Jonas Valanciunas scores an easy one over the small Pacers. Glad his teammates keep looking for him because he can’t be stopped by this group on the floor. – 10:23 PM

Julia Poe @byjuliapoe The Thunder slice a 28-point Bulls lead down to six points, fueled by an 11-point run now. Ayo was leading scoring, but fouled out. DeRozan isn’t available, LaVine is fresh off an injury and Vooch has been shaky in fourth quarters. Crunch time now for the Bulls. – 10:15 PM

Rob Schaefer @rob_schaef This is a heck of a bounceback from Nikola Vucevic. After one of his more abysmal outings of season in Orlando, he’s up to 26 points, 13 rebounds, 4 assists and 2 blocks vs. OKC
Shooting 10-16 and 4-6 from 3, and has multiple big makes in Q4 already as OKC attempts comeback – 10:04 PM

Andrew Lopez @_Andrew_Lopez Jonas Valanciunas has had to make a lot of decisions tonight out of the post. He’s up to a season-high 6 assists so far. – 10:01 PM

Ben Anderson @BensHoops Hassan Whiteside has actually had a pretty productive second quarter.
Effort was clearly lacking in the first quarter but he’s certainly helped during this run. – 9:57 PM 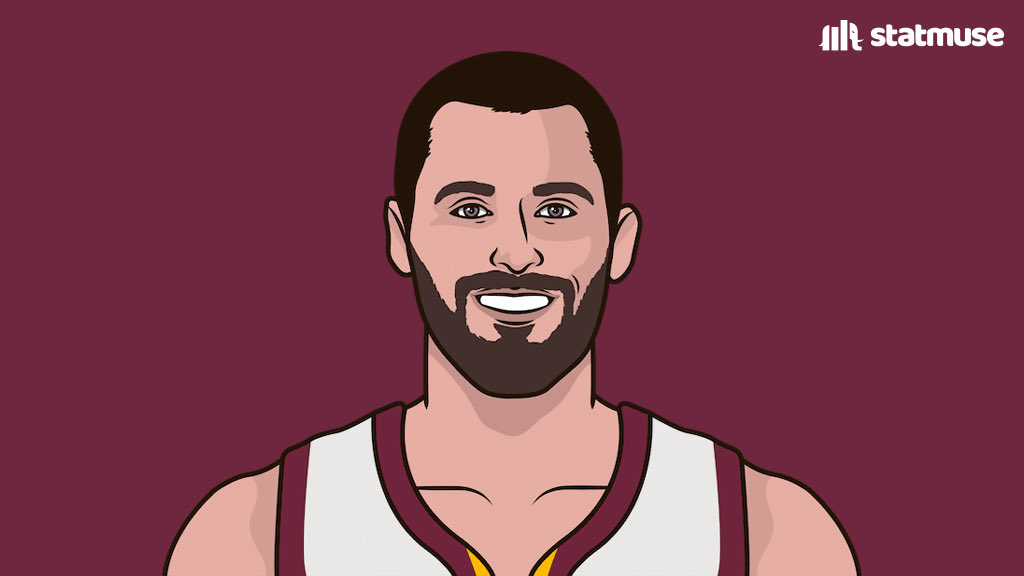 Sarah Todd @NBASarah While Dok and Rudy Gay are disagreeing on coverage, Trent Forrest gets a steal and a bucket – 9:22 PM

Tim Bontemps @TimBontemps No Kemba Walker or Evan Fournier down the stretch for the Knicks, as Tom Thibodeau goes with rookie Quentin Grimes and Immanuel Quickley instead, as the Knicks try to make a comeback from down 15 to win here in the fourth against Cleveland. – 9:10 PM

Sarah Todd @NBASarah I think that it’s really important to watch Hassan Whiteside tonight. I can’t help but think about that Jazz vs. Toronto game from a couple weeks ago, and hope that we see a different approach from him. – 8:52 PM

Jim Eichenhofer @Jim_Eichenhofer Jonas Valanciunas playing one-man volleyball at the rim, eventually puts one of his tip-ins through the net for two pts. He has 8 pts, 5 reb, 4 ast, with Pacers having a very difficult time trying to uproot him from the paint – 8:51 PM

Scott Agness @ScottAgness Pacers forced to go small as Jonas Valanciunas has his way inside and drawn two fouls each on Bitadze and Jackson. So it’s Brissett at center. (Turner and Sabonis remain out with injuries.)
All tied at 35, early 2Q. – 8:44 PM

Tim Bontemps @TimBontemps Kevin Love has had a really nice year off the bench for Cleveland. He’s now shooting over 40 percent from 3-point range on the year after hitting 6 3s so far tonight against the Knicks, and is a very good fit alongside either Evan Mobley or Jarrett Allen. – 8:44 PM

Kelsey Russo @kelseyyrusso #Cavs Kevin Love is on another level at the moment. He just hit his fourth 3 this quarter, a perfect 4-of-4 this quarter.
He has 18 total points. – 8:37 PM

Steve Popper @StevePopper Kevin Love with three three-pointers in a span of less than one minute. – 8:37 PM

Stefan Bondy @SBondyNYDN I never thought I’d be tweeting this in 2022 but the Knicks are having all kinds of trouble with Kevin Love. – 7:30 PM

Brandon Rahbar @BrandonRahbar DeMar DeRozan is out, Nikola Vucevic is a game-time decision and Zach Lavine is on a minutes limit vs OKC.
We’ve had individual players sit out to avoid Lu Dort, but a team-wide Dort ducking is a first. – 6:55 PM

Julia Poe @byjuliapoe DeMar DeRozan will not play tonight. Billy Donovan says he “needs a break.”
Vooch will be a game time decision. His knee is swollen and sore from that fall last night.
Alex Caruso underwent surgery for his fractured wrist this morning and Donovan says it went very well. – 6:44 PM

Eric Walden @tribjazz Rudy Gobert, Donovan Mitchell, and Mike Conley are all OUT vs. the Suns tonight.
Bojan Bogdanovic, Royce O’Neale, and Joe Ingles are all QUESTIONABLE.
Hassan Whiteside is off the injury report and is AVAILABLE. – 3:35 PM 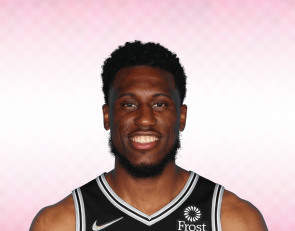 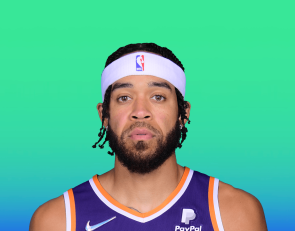 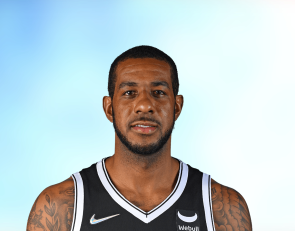