Williamson, who will be 20 years and 244 days old when the game tips off on March 7, is the fourth-youngest player in league history to ever earn All-Star honors. He is also the youngest player to receive the nod since LeBron James accomplished as much in 2005.

The New Orleans sophomore is one of just nine players who have ever made an All-Star team before being legally able to order a beer. Included below is a list of the fifteen youngest players to ever play in the All-Star game. 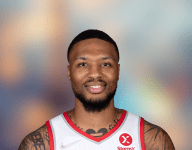