We have taken our HoopsHype 76 list and split it into five positions: point guards, shooting guards, small forwards, power forwards and centers. The catch is, the players who received some votes but were ultimately left off our list are now included in the positional rankings, so you can see who nearly made the cut for our Top 76 list.

We continue here with who we consider to be the best shooting guards who ever played basketball, led off by our GOAT selection: Michael Jordan.

Not a consensus pick, but close to it, as six of our eight voters picked Michael Jordan again as the No. 1 player in their ranking. It’s impossible to argue that, too, as Jordan had the highest peak of any of the GOAT candidates and the longest list of top-level achievements (as of now). Jordan was a madman as a competitor, which led to him training as hard as any NBA player ever in order to get his body in elite shape to destroy opponents.

His mid-range game – face-ups, jab-steps, pull-ups, turnarounds, fadeaway, all of it – was second to none, and he was also a freakish athlete who could finish through contact and over length. And then there was the aspect of his clutchness, as Jordan was so often successful in nailing game-winners in the most high-pressure situations imaginable. Oh, and he was a top-tier defender, too.

Jordan was the face of the NBA for a long time, and his star status outside of the basketball world was almost hard to believe, and still sort of is. Overall, he’s still currently the GOAT, according to our voters.

Not as high a peak as other megastars, but his career is one of amazingly sustained excellence – a result of an almost unparalleled work ethic and devotion to his craft, which helped him develop into an outrageous scorer out of the mid-range and near the rim, and a high-impact perimeter defender. Kobe Bryant was first a sidekick to Shaq before then becoming the man for the Lakers and winning five titles overall, two of which he earned Finals MVPs for. Bryant, who finished his career with more All-NBA 1st Team selections than Jordan (!), also probably turned more people into basketball fans than any player not named Michael (or Earvin).

Dwyane Wade never won a league MVP award but came close in 2008-09 and 2009-10. He was also a solid playmaker and a plus-defender, especially as a shot-blocker, as he ranks as the player 6-foot-4 or shorter with the most blocks ever. Wade also showed great humility in playing second fiddle to LeBron to chase titles later in his prime.

Share of the vote: 61.87 percent of the maximum amount possible

A cultural icon as well as one of the best lead guards of his era, Allen Iverson has to be one of the most ridiculously explosive athletes the sport has ever seen, especially out of a player generously listed at 6-feet tall. Iverson’s crossover was devastating (just ask Jordan), and his bombastic styler as a scorer made for thrilling viewing throughout his prime.

James Harden already has a Hall-of-Fame resume thanks to his unreal scoring ability and playmaking. His crossover and stepback jumper have made him impossible to slow down when he gets going, as does his strong shoulder on drives to the rim. He has a chance to add to his legacy in a major way over the coming years. However, he’s starting to run out of time to accomplish that as Harden, now 33, is starting to make it an impossible-to-ignore habit to fall short in the playoffs. 2022-23 will be a great chance for him to change that, though, as the 76ers are stacked and Harden will have the opportunity to lead the team on a deep playoff run.

A smooth operator on the wing as a scorer, George Gervin could fill it up with the best of them despite lacking much of a three-point shot. He is best remembered for his beautiful finger-roll layup, still one of the nicest moves in any player’s arsenal ever.

Clyde Drexler was a fantastic scorer, rebounder and playmaker for his position, while also using his athleticism well defensively.

One of the finest shooters ever, Reggie Miller ranks fourth in league history in made three-pointers (2,560). He was also extremely clutch about his shot-making, with a career highlight tape featuring multiple game-winning threes from high-pressure postseason contests.

Had his peak come 20 years later, it’s fascinating to ponder what Ray Allen’s numbers might have looked like, as his bombastic style of play consisting of shooting a ton of threes would have fit wonderfully in today’s NBA. Still, Allen carved out a Hall-of-Fame career in his era anyway as one of the best shooters ever.

Aside from being one of the most explosive dunkers in league history, Vince Carter was a productive player for 22 years – something that not many could have expected considering how reliant on athleticism he was during his prime.

Nicknamed The Pearl, Earl Monroe was a smooth ball-handler and scorer from the midrange, who could stop on a dime and knock down jumpers with aplomb. His accolades and production don’t speak to how well-respected he was as a player, with his game being one of the original confident guards who scored with creativity. A lot of players of later generations modeled their games after him, so his influence was huge.

A more impressive playoff career (he never made it out of the first round in his prime) could have greatly changed where Tracy McGrady finished in this ranking, as could have more longevity. But at his peak, McGrady was one of the most explosive and productive do-everything wings in basketball, one who would have dominated in the modern NBA.

One of the best and underrated guards of the 1960s, Hal Greer was an All-Star 10 times that decade and an All-NBA 2nd Teamer seven times, helping lead the Philadelphia 76ers to a championship in 1966-67 alongside Chamberlain in what was one of the most slept-on guard-big duos in league history.

The go-to scorer for the Celtics dynasty of the 1960s, Sam Jones was also an extremely clutch performer who always managed to deliver in the playoffs. Jones also had a very accurate jump shot, a rarity for players of his era, even the guards.

His all-time statistics may have been the primary reason why he didn’t make the final NBA75 list, but it must be taken into account that Klay Thompson missed two full seasons in the midst of his prime due to injury, and even with that, he has made five All-Star rosters and won four championships while already ranking Top 20 all-time in three-pointers. If Thompson can return and eventually regain his elite form, his place in all-time standings will shoot up.

A confident, energetic scorer, Manu Ginobili was able to get buckets in a variety of ways, including slashing to the rim, finishing over big men and hitting step-back threes in foes’ faces. The Argentine southpaw was a natural leader on the court with great quickness in his prime and helped make the Euro step a common move in the NBA.

NBA rank: 51st in assists and steals, 131st in scoring

One of the best defensive guards ever, Dennis Johnson was s somewhat shocking omission from the NBA75 list. Johnson had an offensive game, too, as he was an elite playmaker at the combo-guard spot. Johnson had superstar potential but had the selflessness to accept a role player position on the Celtics dynasty of the 1980s.

An elite defender out of the backcourt, Joe Dumars was a pivotal part of the Bad Boys Pistons dynasty who won back-to-back championships in the late ’80s. Dumars was a fantastic glue guy on many elite teams in his career, one who could knock down jumpers off the dribble in the mid-range at a high level. Also an underrated playmaker.

One of the NBA’s first shooting specialists, Bill Sharman could knock down jumpers from deep in his prime, and was an important member of various elite Celtics teams in his heyday. High basketball IQ, too, as evidenced by his becoming a successful head coach after his playing days.

In his prime, Gail Goodrich was a great shooter, especially for his era, who could also finish at the rim at a good rate. Goodrich also always managed to come up clutch when his team needed it. The Hall-of-Famer was purely an offensive player, though, providing little defensively. 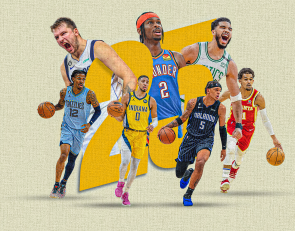 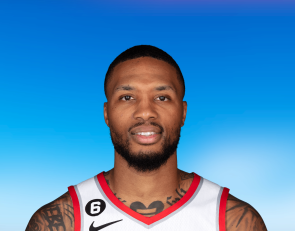 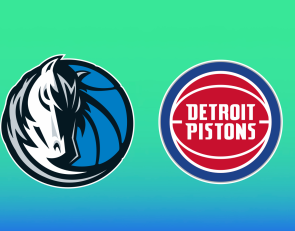 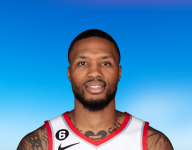 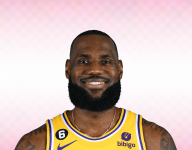 LeBron James: 'I don't have to rely on super duper athleticism to be effective' 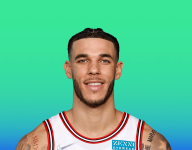 Billy Donovan on Lonzo Ball: 'He still has pain' 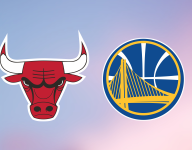 Bulls vs. Warriors: Start time, where to watch, what's the latest 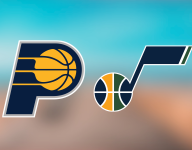 Pacers vs. Jazz: Start time, where to watch, what's the latest 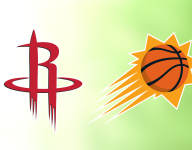 Rockets vs. Suns: Start time, where to watch, what's the latest 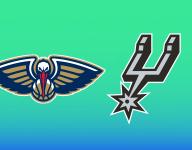 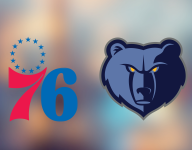 76ers vs. Grizzlies: Start time, where to watch, what's the latest 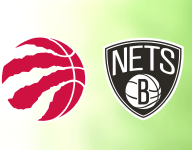