NBA predictions: Our picks for the individual awards of the 2020-21 season

NBA predictions: Our picks for the individual awards of the 2020-21 season

With the 2020-21 NBA season set to tip-off, we thought it’d be a good time to make our predictions for who will win all of the major individual awards for the upcoming campaign.

From Most Valuable Player to Rookie of the Year to Defensive Player of the Year through Coach of the Year, our team of writers voted on who we think will win each accolade for the 2020-21 league campaign and made our selections that way.

Without further ado, let’s get straight into it.

Five of our eight voters went with Dallas Mavericks superstar Luka Doncic as their pick for 2020-21 Most Valuable Player, while one other had him second and two others picked him third.

Judging by his early-career trajectory, it’s not far-fetched at all to think Doncic takes yet another leap in this, his third career campaign, which would be enough to make him a frontrunner for league MVP. Last year, in merely his age-20 season, Doncic ranked sixth in Value Over Replacement Player (VORP), fifth in Box Plus/Minus (BPM) and third in Player Efficiency Rating (PER) while putting up an outrageous 29/9/9 stat line.

Even a conservative leap in 2020-21 would see Doncic sitting among league royalty statistically, and as long as the Dallas Mavericks win enough games, that’ll have their superstar guard firmly in MVP conversations by season’s end.

Giannis Antetokounmpo finished a close second in our vote for 2020-21 MVP and sitting a bit behind at third was Anthony Davis.

Rookie of the Year: LaMelo Ball

Rookie of the Year was a super close vote, with five players finishing with seven points of each other, but in the end, Charlotte Hornets first-year guard LaMelo Ball was our pick for the prestigious award.

Even coming off the bench, the youngest Ball brother will have a huge role with Charlotte this season, as evidenced by his playing time thus far in the preseason. Though Ball might struggle with his scoring in 2020-21 (he’s made just three of his first 15 field-goal attempts in the preseason so far), he impacts games in a variety of other ways, including with his hard-nosed rebounding and flashy playmaking.

And in what projects to be a relatively weak first-year class, that could be enough for 2020’s No. 3 overall pick to take home Rookie of the Year, as long as his scoring at least somewhat improves, which it should.

Los Angeles Lakers behemoth Anthony Davis has made four All-Defensive teams in his career but has yet to win a Defensive Player of the Year award, despite coming close in 2019-20 when he finished second in the voting.

We predict that to change this upcoming season, as Davis is our pick for 2020-21 Defensive Player of the Year.

Not only is Davis a stud defender, capable of protecting the paint at an elite level and even defending perimeter-oriented stars for stretches, but the amount of campaigning his Laker teammates did for him to win Defensive Player of the Year last season will undoubtedly have an effect on voters this upcoming campaign.

As long as L.A. ranks around where they did last season defensively – when they finished third in defensive efficiency – this year, Davis will have a great shot at taking home the point-preventing accolade for the first time in his illustrious career.

Sixth Man of the Year is usually a pretty easy award to predict, as the winner of the accolade is almost always the best bench player on one of the elite teams league-wide.

This year, we think this honor could go to Spencer Dinwiddie, even though it’s not even clear yet whether or not he’s going to start for the Brooklyn Nets in 2020-21. If he does come off the bench as he’s done for the majority of the last two seasons, Dinwiddie, thanks to his high-level scoring and playmaking as a reserve, will have a great shot to take home Sixth Man of the Year.

The Nets are so deep and talented, however, that even if Dinwiddie does start, the winner of the award might still come out of Brooklyn, as Caris LeVert could be another strong candidate for Sixth Man of the Year if he’s the one to come off the bench.

Regardless, for now, we’re predicting Dinwiddie takes home this piece of hardware.

In the bubble, Michael Porter Jr. flashed signs of absolute brilliance, averaging 22.0 points and 8.6 rebounds on 55.1/42.2/93.1 shooting splits over the final seven games of the regular season.

Porter fell back to Earth a bit in the playoffs, putting up just 11.4 points and 6.7 rebounds while shooting 38.2 percent from three, but those were still solid numbers for a rookie playing in the highest-intensity outings of his career.

And with the Denver Nuggets losing Jerami Grant this offseason and having two spots available on the wing due to injuries and bouts of inconsistency affecting Gary Harris and Will Barton, Porter should win a starting gig in 2020-21, which would go a long way in his Most Improved Player candidacy.

Porter’s shooting, driving and finishing ability at 6-foot-10 give him the early makings of a special talent, and if he can maintain a level at least somewhat resembling his regular-season bubble form throughout the course of 2020-21, we predict he’ll win Most Improved Player.

Coach of the Year: Monty Williams

After how the Phoenix Suns did in the bubble, going undefeated over eight games and coming close to clinching a spot in the postseason play-in game, and with the major offseason addition of Chris Paul, we predict Monty Williams could win Coach of the Year in 2020-21.

Williams has already done a great job with the Suns, taking a team that finished 2018-19 with the league’s second-worst net rating (-8.9) and won just 23.2 percent of their games, and helped guide them to a 14th-place finish in net rating last season (+0.5) and led them to a respectable 46.6 percent win rate.

Adding Paul to a nucleus that already includes star Devin Booker and blossoming stud big man Deandre Ayton will undoubtedly help Phoenix improve even further on those marks and should have them back in the playoff picture for the first time since 2009-10, which would make Williams a clear frontrunner for Coach of the Year.

The highest-paid players on each team this season 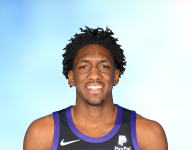 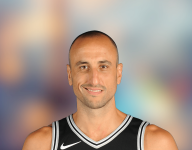 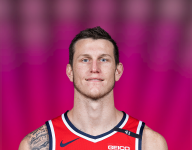