It’s time for another edition of our Trade Rumor Rankings series, where we take the five players who have appeared the most often on our Trade Rumors Page over the past week and rank them.

There are even two new inclusions on the list this week in Jaylen Brown and John Wall to spice things up a bit.

Without further ado, let’s get right into it.

After a lot of silence regarding John Wall’s immediate future with the Houston Rockets, Adrian Wojnarowski broke the quiet by reporting this week that it’s likely Wall sits out the entire season due to his contract (via Hoops Rumors):

John Wall isn’t expected to play for the Rockets this season and it doesn’t appear any teams are willing to gamble on his contract, ESPN’s Adrian Wojnarowski said on tonight’s “NBA Countdown.” (Hat tip to Doric Sam of Bleacher Report) “There are no plans for John Wall to play for the Rockets, and it’s becoming increasingly likely that John Wall may not play anywhere in the NBA this season because the cost of his contract right now is just too prohibitive,” Wojnarowski said.

Wall is owed $44.3 million this season and $47.4 million next year, which projects him as the second-highest-paid player in basketball for 2022-23, per our database.

Perhaps next season a team will be willing to take a gamble on Wall when he’s on an expiring deal, but it’s nearly impossible to see that happening in 2021-22.

For the latest on the John Wall trade front, click here.

After rumors attached Jaylen Brown to the Philadelphia 76ers, that scuttle was refuted twice this week, once by a local reporter in Boston and then again by Brad Stevens himself.

First came the report from Brian Robb of Booth Newspapers, who wrote:

Multiple league sources were adamant to MassLive.com that the Celtics have no interest in moving the All-Star Brown in the interim, particularly with him under team control for two more seasons at a below-market deal. 76ers general manager Daryl Morey has always aimed high in trade negotiations throughout his career but this is posturing will likely go nowhere given what’s happened to Simmons’ trade value over the past several months in the midst of his holdout.

Then came the quote from Stevens, which basically said there was nothing doing on the Brown trade front (via Celtics blog):

“I just walked up to Jaylen and said, ‘your name is all over the place as you know. Obviously, from our standpoint, you’re a Celtic and obviously a guy that we think exceptionally high of. Nothing doing,’” Stevens said of his conversation with Brown on the speculation. “I just wanted to make sure that he has that peace of mind.”

So for now, even despite the overlapping fit between Brown and Jayson Tatum and the Celtics’ early-season struggles, it doesn’t appear Brown is going anywhere.

For the latest on the Jaylen Brown trade front, click here.

Political changes in New York City could lead to the Brooklyn Nets being closer to trading Kyrie Irving after all, at least according to Woj, who reported the following this week:

But Woj also seemed to suggest that if Irving is prepared to wait till January for mayoral action, rather than get vaccinated, the Nets might not be as patient as they’ve publicly said, including in an interview with Joe Tsai last Thursday. Woj in fact reiterated that the Nets are taking calls from teams interested in trading for Irving. “Now, that’s two months away before he takes office on January 1. The Brooklyn Nets, they have been getting calls about Kyrie Irving, about their interest in discussing trades with them. So how does this fit into the Nets timetable if Kyrie is going to wait into January to see what happens with the new mayor of New York City, how does that affect how the Nets move forward? There’s a lot to watch here, Greenie.”

Our own Michael Scotto had his own reporting on the Irving front this week, who spoke to anonymous league executives about the enigmatic point guard.

One said the following:

Another one mentioned Philadephia as a potential landing spot:

“I would’ve said Philly legitimately made sense with the swap of Ben Simmons and Kyrie. That’s a team I could’ve seen who’s going for it and needs a scoring guard. That’s literally the only one I could see.”

Considering Irving only isn’t allowed to play in a couple of markets, another team swooping in to acquire him isn’t totally far-fetched. It’s just a matter of the Nets landing a player of similar value in return.

There was more drama on the Marvin Bagley trade front, as last weekend, Bagley reportedly refused to enter a game when asked to by head coach Luke Walton:

Multiple sources told me that Marvin Bagley III refused to check into Sunday's game when Luke Walton called upon him in the second half vs. the Suns.

I didn't report it, wanting to first talk to the Kings coach.

Walton said he & Marvin are in communication and has to be ready pic.twitter.com/m3E6JxaeVk

Walton did not deny the report when asked about it, either.

This week, we also learned of a potential suitor for Bagley, and it makes sense as it’s a team that very early on in a rebuild and in a talent-acquisition stage with playoffs not in their plans this year (via The Athletic):

There’s a disgruntled No. 2 overall pick just sitting on the bench in Sacramento. His name is Marvin Bagley III, and it’s clear the big man’s future with the Kings won’t last much longer. Per sources, the Pistons have kept an eye on Bagley and his situation in Sacramento for some time. Marc Stein has also reported on Detroit’s interest in the big man. The injury to Olynyk could cause Detroit to act. However, are we sure a trade between the two sides makes sense?

Playing in a role as big as the Pistons might be able to offer, Bagley could finally find his footing in the NBA. Of course, it’s doubtful Detroit will give up much for the former No. 2 pick, as his value is at an all-time low, so it’ll be interesting to see if the Kings are willing to give Bagley away for cheap.

In an almost-unheard-of move this week, Ben Simmons and Rich Paul had a report published by The Athletic just after the Sixers had started playing an official basketball game – and it was a report that did not shine the best light on the organization.

In short, Simmons and Paul were accusing the 76ers of trying to force the point guard to play through mental-health issues when he doesn’t feel he’s ready, and that the ball club is actually making his mental problems worse.

More on that here:

Ben Simmons believes the Philadelphia 76ers’ recent actions are exacerbating his mental health issues, and that the team wants to deem him fit to force him to play, regardless of what he tells the team’s mental health therapist, his agent told The Athletic on Thursday. “I truly believe the fines, the targeting, the negative publicity shined on the issue — that’s very unnecessary and has furthered the mental health issues for Ben,” Klutch Sports CEO Rich Paul said. “Either you help Ben, or come out and say he’s lying. Which one is it?” A 76ers team official told The Athletic on Thursday it is “absolutely not” the case that they are forcing his return or accusing him of lying. The team’s position is that he should partake in all team activities until there is information from its mental health professional or Simmons that would preclude him from playing.

Not the best look for Daryl Morey and Co. over in Philadelphia, and this ugly back-and-forth between Simmons and the Sixers only continues to get harder to watch unfold.

And yet we can’t turn away for some reason.

It’ll be interesting to see if this eventually does lead to Simmons getting what he wants – a trade – or if he’s eventually forced to suit back up for the team that drafted him. 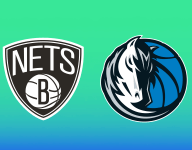 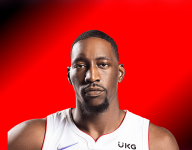 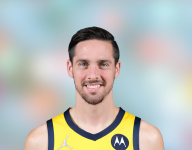 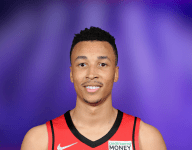 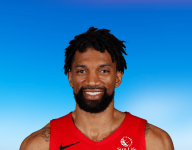 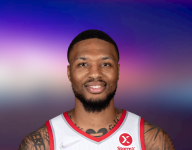 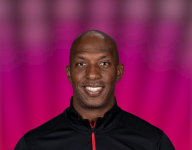