As we approach the conference finals and the participants dwindle from 16 to four, we thought it’d be a good time to hand out some individual awards for the 2019-20 playoffs.

There have been spectacular performances put on by various players, some established stars and some younger guys just coming into their own, so this task was not a simple one.

Regardless, we did our best to decide on Most Valuable Player, Defensive Player of the Postseason, Rookie of the Playoffs, Sixth Man, Most Improved Player (from the regular season) and Coach of the Postseason.

Check out the results below.

Three L.A. players were the main candidates for MVP of the playoffs (so far): Kawhi Leonard, LeBron James and Anthony Davis.

We ended up deciding on Leonard, who has been nothing short of spectacular in the postseason, averaging 29.2 points, 9.8 rebounds and 5.7 points to go with 2.3 steals and 0.9 blocks on 51.5 percent shooting from the floor.

He’s also been tasked with being the Los Angeles Clippers go-to player, particularly late in games, while the Los Angeles Lakers have the luxury of going to James or Davis depending on matchups, making Leonard’s postseason performance more MVP-worthy than his two crosstown rivals.

Leonard also ranks No. 1 overall in Value Over Replacement Player (1.2) and No. 1 in our Global Rating stat for the playoffs, only furthering his case for being the top player of the postseason:

Nevertheless, with Leonard, Davis and James performing at the absurd levels they’re at, a Western Conference Finals featuring the Clippers and Lakers could be as competitive and intense as we’ve seen in a while… as long as they both get there.

Rookie of the Playoffs: Tyler Herro

His numbers may not be that improved from an already solid rookie regular season, but Tyler Herro has without a doubt been the best first-year contributor in the playoffs this year, a feat made a bit easier with Ja Morant and Zion Williamson watching games from home right now.

Even so, Herro has been downright great coming off the bench for Miami in the postseason (especially considering he’s doing it as a 20-year-old), providing the team with elite outside shooting, impressive three-level scoring and underrated playmaking:

In the playoffs, the Kentucky product is averaging 14.7 points, 4.9 rebounds and 3.3 assists while shooting 40 percent from three.

Houston Rockets swingman Robert Covington has always been a stud defender, but he has taken it to another level these playoffs, sliding between guarding multiple positions, jumping passing lanes and swatting away shots with aplomb.

Covington ranks first in total steals (26) and is tied for third in total blocks (13) in the postseason, which goes to show how well he’s doing in his role as a defensive disruptor for the Rockets.

Covington has been integral for a Houston defense that ranks third in efficiency these playoffs (105.4 defensive rating) and is part of a five-man lineup for the Rockets – including PJ Tucker, Russell Westbrook, Eric Gordon and James Harden – that is allowing a ridiculously stingy 90.3 points per 100 possessions to opponents, the best defensive mark for any five-man lineup with at least 50 minutes played together in the postseason.

Few players can match the impact veteran big man Serge Ibaka has made off the bench in the playoffs.

The almost-31-year-old has provided the Toronto Raptors with outstanding shot-blocking and three-point shooting since the postseason began, and the level of intensity he brings on a nightly basis has been hugely important for the team.

Ibaka is putting up 14.9 points and 7.7 rebounds over 10 playoff games, shooting a preposterous 57.4 percent from the floor and 53.7 percent from beyond the arc. He’s also blocking 1.4 shots per contest and is tied for second in the playoffs in total swats with 14.

Most importantly, with him on the floor in the postseason, the Raptors are 6.1 points per 100 possessions better than they are when he’s on the bench, indicating how vital he has been for a Toronto team one game away from reaching the Eastern Conference Finals.

Besides Donovan Mitchell, no player has made a bigger jump from the regular season to the playoffs than Denver Nuggets dynamo Jamal Murray, who has blossomed into a bucket-getting machine in the postseason.

The key will be for Murray to maintain this level of aggressiveness and efficiency next season over a larger sample size because if he does, he’ll be an All-Star.

Coach of the Playoffs: Erik Spoelstra

Guiding his team to an 8-1 record in the postseason, including an impressive (and a bit shocking) four-game to one series victory over the heavily favored Milwaukee Bucks, Erik Spoelstra was an easy choice for best head coaching performance of the 2019-20 postseason.

From leading the Miami Heat to a quick dismantling over the outmatched and injured Indiana Pacers in Round 1 to scheming a fantastic defensive gameplan to stifle future two-time MVP Giannis Antetokoumpo (prior to his injury) in the conference semi-finals, Spoelstra has pushed all the right buttons so far and has his team at the doorstop of reaching their first Finals since 2013-14. 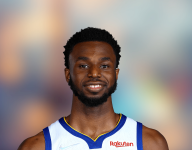 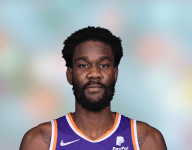