The biggest story of the NBA offseason has been the ugly divorce of Ben Simmons and the Philadelphia 76ers. But that may have clouded his legacy.

Simmons has received his share of criticism of late from fans, the media, executives around the league and even from his teammates. Even though many of those critiques have been fair, at this point we may have lost sight of what kind of player Simmons is when he is in his groove and playing his unique brand of basketball.

First, let’s offer a quick refresher. Since entering the league, in his first four seasons, Simmons has won Rookie of the Year and has also made three All-Star appearances as well as two First-Team All-Defense honors. That’s not exactly the resumé of someone who is a scrub.

He may not have performed to reach his expectations against the Atlanta Hawks in the postseason. His jump shot may never even become a part of his game in any meaningful way. Ultimately, both he and Philadelphia may be better off if he is not in their future plans.

But don’t let any of that make you lose sight of the positive contributions that Simmons is capable of providing to a basketball team, regardless of where he lands.

Ben Simmons is a remarkable facilitator, especially in transition.

Many expect the No. 1 overall pick to operate first and foremost as a scorer. But at his core, Simmons is best when he is facilitating for others.

In fact, last season marked his only professional campaign thus far in which he didn’t lead the Eastern Conference in passes made per game.

His passes have been most effective when he is playing in a full-court offense. Simmons averaged 2.7 assists per game in transition this past season, per Synergy, the second-best among all players in the NBA.

Since his first active season in 2017, according to our research, he leads all players with 743 assists recorded while in the open floor. For comparison: Only Russell Westbrook, LeBron James, James Harden and Kyle Lowry have even recorded 500 transition assists during this span.

Meanwhile, though he has his well-documented shortcomings as a shooter, Simmons is still someone who can help his team hit the outside shot.

Overall, Simmons has recorded 996 assists to three-pointers since coming into the league, per PBP Stats. That ranks as the second-best mark among all players in this span. Only Westbrook and Chris Paul have also assisted at least 900 three-pointers over the course of the last four seasons.

Philadelphia was 4.3 percentage points better from beyond the arc when Simmons was on the floor compared to when he was off in 2020-21. That differential ranked Simmons in the 92nd percentile, via Cleaning the Glass.

With significant credit to his vast skill set as a facilitator, his teams have played at a faster pace and have scored more points per possession when he is on the floor compared to when he is not.

Simmons is undeniably one of the most willing and able playmakers in the NBA. He is someone who can make a difference even when he is not the one scoring the ball himself.

Ben Simmons is one of the most versatile and impactful defenders.

One of the biggest strengths Simmons offers is on the defensive end of the floor. He trails only Paul George for the most passes stolen (299) since 2017-18.

Simmons led the league in total steals (2.1 spg) in 2019-20 and tied Chris Paul for the most defensive loose balls recovered (59) during that campaign.

He can pull down boards with the best of them, too. Among players at his position, per Cleaning the Glass, Simmons has never finished below the 90th percentile in rebounding his opponent’s missed field goals or missed free throws from his opponents.

Additionally, he has never seen his block percentage dip below the 90th percentile. Simmons is also great at getting his hand on the ball on a non-shot attempt. He had the third-most deflections per game in both 2019-20 (3.9) and 2020-21 (3.5). That puts him in the same conversation with players like Marcus Smart and Jimmy Butler.

But it’s not just the counting stats where Simmons grades out well. Based on partial possession player tracking data, the folks over at BBall-Index.com measure defensive versatility to determine what position players guard most often.

According to their measurement, Simmons’ defensive versatility ranked as the fifth-best (minimum: 500 minutes) in the league in 2020-21. He defended opposing point guards (23.6 percent) about as often as he did power forwards (21.7 percent) this past season.

With the same qualifications, his defensive versatility finished as the best among all NBA players in 2017-18 and as the second-best in 2018-19. For context, PJ Tucker and Andre Iguodala are other players who scored well in recent years.

BBall-Index also measures matchup difficulty based on how often players defend high-usage opponents. Among the 148 players who logged at least 1,500 minutes in 2019-20, Simmons finished fifth when measuring the most challenging assignments. His score was similar to what Jrue Holiday and Dejounte Murray recorded. He then ranked near the top of the league this past season as well.

There are few players better at defense than Simmons, who offers a rare blend of size, strength and speed.

He can guard the best man on the opposing team, regardless of his position, and still make a play – whether it’s a steal, deflection, rebound or loose ball recovered.

He is one of the most accomplished young players in the NBA.

Let’s take a step back and look at what Simmons has accomplished so far in his career so we can better contextualize where he lands when in comparison to other league greats.

Simmons has already notched 4,000 points, 2,000 rebounds, 2,000 assists and 400 steals. He has accomplished this through his first 275 career NBA games. No other player on record has been able to achieve this within their first 500 games, per Basketball-Reference.

He and Luka Doncic join Magic Johnson and Oscar Robertson as the only players in league history to average 15.0 points, 8.0 rebounds and 7.0 assists per game through the first four years of their careers. That puts him in elite company of do-it-all playmakers.

When we also factor in defensive stats and offensive efficiency (he has now finished 89th percentile or better scoring at the rim each season in the NBA), Simmons stands out. Among all players who have shot at least 49.0 percent or better from the field, Simmons joins Larry Bird and LeBron James as the only players who have averaged at least 6.0 assists, 1.5 steals and 0.5 blocks per game in their NBA careers.

The results are ridiculously impressive if you look at the players who have career averages reaching thresholds of 7.0 assists, 1.0 steals and 0.4 blocks per game while shooting at least 50.0 percent from the field. Simmons joins just LeBron and Magic. If you lower the threshold to 4.0 assists, the only players added would be Nikola Jokic and Giannis Antetokounmpo.

Simmons is not the same caliber scorer as any of the aforementioned players and that limits his chances of becoming known as one of the all-time greats. But basketball is a game that requires much more than just one skill and his tertiary abilities rank among the elite of the elite. 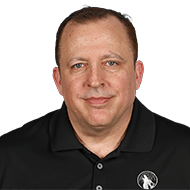 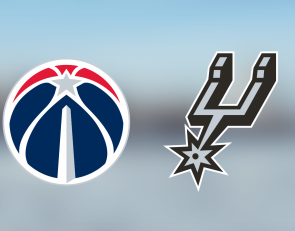 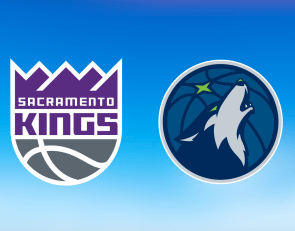 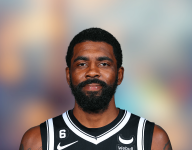 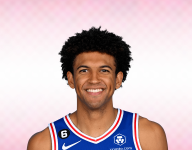 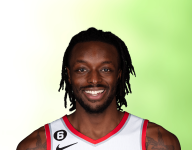 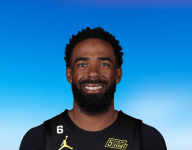 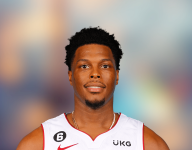 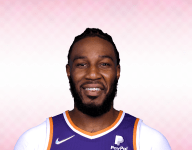 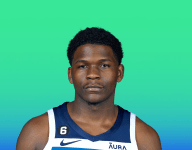