HoopsHype’s Michael Scotto and The Philadelphia Inquirer’s Keith Pompey discussed where Ben Simmons could be traded, his relationship behind the scenes with Joel Embiid, when Embiid and Matisse Thybulle will return to the 76ers, and more on the latest edition of the HoopsHype podcast.

Scotto: To me, it seems like he’s played his last game for the Sixers. In my opinion, he’s done everything he can to make sure that’s the case.

Pompey: I think the whole thing is disappointing. I think it’s disappointing on both sides. I get that you have a player under contract, and they want to fine him, but it just seems like we knew since the end of last season that Ben Simmons didn’t want to be here. When you do your research and talk to sources, they were alerted of that right afterward, within days afterward (after the playoffs). Rich Paul told them that at the NBA Draft Combine, and then Ben told them that in person in August. You’re under the impression something’s going to happen. It hasn’t happened yet.

The way this is playing out, I think, it’s a huge distraction for the team. It’s one of those things where the guy always said that he wasn’t going to come back. Even if he came back, he wasn’t going to be in uniform. At this particular time, I don’t know how Simmons being in uniform will help the Sixers. He’s a great defender and all this other stuff he provides, but when you have a guy who doesn’t want to practice with the team, doesn’t want to go to the games, and is reluctantly speaking to the medical team, can you really trust that guy to be on the court with the team and help you win games?

If he’s going through the motions now, what do you think he’s going to give? Like, 60 percent on the court? When I look at this, it’s extremely disappointing because he’s someone who doesn’t want to be here, and yet the team still wants to force him to be here. My question is, why do you want to force someone to be there when he’s already checked out?

Scotto: He had the yips at the foul line last year. He was reluctant offensively (to shoot). He’s an All-NBA defender. He can guard one through five. On offense, when you talk to scouts and executives, they kind of view him like a 6-foot-10 Rajon Rondo in the sense that if you put shooters around him, he’s going to thrive because he’s a willing passer, he thrives in transition, and can penetrate the lane. His shooting at the foul line and three-point arc hasn’t developed.

Around the league, teams are not looking to give Daryl Morey what he wants. I think his asking price, he’s trying to get like a James Harden-esque package. I don’t think that’s going to happen. I think he knows that, but he’s going to try to hold up the bargain as much as he can.

Pompey: You look at rosters, and you look at Golden State, and you’ll say to yourself that could be the best fit for Simmons, but at the same time, they have Draymond Green. If you have Draymond, are you going to get rid of Draymond for Simmons? Or, can they co-exist and play together in the same lineup? To me, that’s the best fit because he’d be on a team where he’s not a shooter, but he’s a facilitator, and he’ll have shooters around him and other guys who can get to the bucket. I think Ben would go there, and he’d be comfortable grabbing rebounds, defending, and getting dimes.

The only reason why I said I didn’t like the way this was going is that I get that he’s under contract, but there are certain times that when you fine a player money, you lose the player. Sometimes, people come back, and you talk to them, and you say what you have to say to that person, and then all of a sudden, things start gradually getting better. When you start fining a person, especially this person, when you had a coach in Brett Brown who used to say I want you to shoot a three every game from here on out, that’s the last time he shot a three. When you have a guy like that, it’s one of those things where sometimes you’re backing him into a corner, and he just doesn’t respond anymore. I felt like if they would’ve had better communication, and some people would argue he didn’t want to communicate, if they would’ve found a way to work things out and say we’re going to trade you Dec. 15, and we’ll just have you in the practice facility working out, and you’ll get paid, nobody would’ve argued with that and Ben would’ve went for it. Now that he’s being fined, it’s a distraction from the team. Nobody’s talking about tonight’s game. They’re talking about Simmons being fined again.

Scotto: When I talk to other executives around the league about the situation with the Sixers, nobody feels sorry for Daryl Morey around the league. They think his asking price is way too high coming off the playoffs. Teams know Ben Simmons doesn’t want to be there. I’ve heard this from some executives, too, that when Joel Embiid was healthy and before their recent losing streak, this team was performing well without him. Some executives said to me it further lowered the trade value for Ben. When you lose a star player, you typically struggle, but Philadelphia coming out of the gate, was leading the Eastern Conference. Obviously, when they lost Embiid (Covid-19 protocols), that was like having the rug pulled out from them.

Scotto: Over the years, anytime I talked to people either around them or the league, it seemed like they coexisted, but they certainly weren’t close.

Pompey: I don’t think it was any different than most top two or three draft picks who were franchise players trying to coexist earlier in their careers. They had distinct personalities. Joel was more of a homebody. Ben is more of a guy, who’s a tall, good-looking dude, who dresses well, all the women love him, and he likes going out and having a good time. That factored into it as well. It’s no different than most teams when two guys want to be the man.

It (their relationship) grew last year. Doc Rivers had a sitdown with both of them and said in order for them to be successful, it’s about you two, not about you or you, it’s about you two together. You saw more of them communicating on the court and on the sidelines.

Simmons said some things where he felt like the marriage had run its course with Joel, and Joel responded and said things. As soon as Ben came out and told the team he was dealing with mental issues, Joel that night addressed the fans and said, “That’s our brother.” He had his back.

18:53 If Ben Simmons has played his last game in Philadelphia and where trade talks stand

Pompey: I think we have seen Simmons play his last game in Philly. In regards to trade talks, I’m hearing they’re on pause right now. As you said, his trade value is extremely low.

Scotto: Keith, you touched on the Warriors earlier. There are some in the organization that obviously think (Simmons) would thrive there, and there are others who think that he would be a tough fit because he’s a duplicate of Draymond Green.

21:34 When Joel Embiid will return from Covid-19 protocols

Pompey: From what I’m hearing, it’s fluid. The earliest he can return is Thursday (Nov. 18). I’m hearing it could be a little later than that because he was symptomatic when he contracted Covid-19. Not only does he have to get the two negative tests and quarantine, Joel is one of these guys that when he takes time off, he’s a big guy and easily gets out of shape. He hasn’t been doing anything basketball-wise. Even once he comes back and is cleared, there’s probably going to be a return to play process taking place… He could return Thursday (Nov. 18), but I think it’s going to be a couple of days after that, and I wouldn’t be surprised if it was next week or once they get back from this road trip because they’re playing at high altitude.

Scotto: Harris is one of those guys like CJ McCollum, who are around the league that are really good players that haven’t cracked that All-Star plateau yet. If he stays healthy, can he get an All-Star nomination?

Pompey: It’s tough for me to answer that since he’s only played eight games… There are guys like Julius Randle and DeMar DeRozan, who are all listed as forwards and won’t start in the All-Star Game. Once you become an All-Star like Randle, sometimes you get grandfathered in the next couple of years… It could be tough for Tobias.

Pompey: He was a guy who was expected to go in the lottery and was the best player available. They like him. Doc Rivers always said he thought he was a good guard. They looked at him as someone who could come off the bench and provide scoring. They felt like he had to develop a little bit. It’s why he didn’t play earlier on last season.

He’s arguably one of the most improved players in the league from last year.

I don’t think when they first drafted him, they were saying he’s going to be a replacement for Ben. When that happened, the Sixers wanted James Harden.

Pompey: He should be back probably about next week, if not sooner.

Pompey: With Seth, there was a time when the Sixers had to rely heavily on him, and he’s also the big beneficiary of Embiid’s presence. When he gets doubled, he likes kicking the ball out and getting his teammates involved. A lot of times, it’s Seth. It’s all about opportunity. A lot of people will say he’s a career backup. Then, you look at his stats and say he started a lot of games for a team.

Drummond was a huge pickup for the Sixers. We’re talking about a steal. They got him for the veteran minimum. He’s a two-time All-Star. It didn’t work out for him in LA. You know, if you’re the backup center for the Sixers, due to possible injuries, Covid-19, or rest time with Embiid, you’re going to play, and you’ll start some games.

MORE: NBA execs on Kyrie Irving’s trade value: ‘Every front office is scared to death of him’ 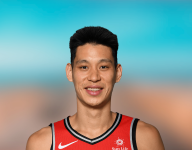 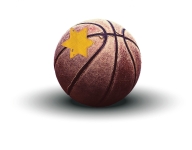 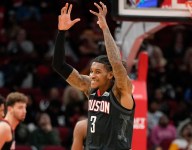 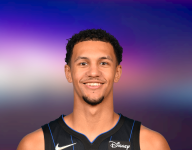 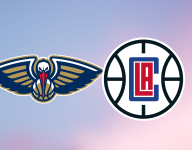