The Milwaukee Bucks’ title defense fell short as they couldn’t get by the Boston Celtics. They may look at Khris Middleton’s absence due to a knee sprain as the difference between winning or losing this series, especially since it went to Game 7. It’s tough to see if they would’ve repeated if fully healthy, especially since their defense fell off from last year and they didn’t replace PJ Tucker who was vital in their title run.

The Bucks are still in a great place and should remain contenders as long as they have Giannis Antetokounmpo who proclaimed his spot as the best player in the world. They are heading into the 2022 offseason with very limited flexibility and avenues to upgrade the roster. Due to a lack of tradeable assets, spending power, and a high projected luxury tax payment, any improvement they make could be incremental. There is a strong possibility that the roster is very similar to last season’s.

Milwaukee will have the taxpayer mid-level exception projected at $6.4 million as their biggest means to add a player through free agency. This makes bringing back their free agents important because if they don’t, they’ll just be using the MLE to play catch up. They could really use another 3-and-D wing player after seeing how decimated their wing depth got following trading Donte DiVincenzo in addition to Middleton getting hurt.

Bobby Portis has a $4.6 million player option that he seems like a good bet he’ll decline. Not only did he leave money on the table re-signing with the Bucks, he also took less than the maximum they were able to give him so they could use the MLE to sign George Hill. If Portis enters free agency, he will have Early Bird rights, allowing the Bucks to pay him market value. He sacrificed a lot to help the Bucks out, so hopefully they take care of him this offseason.

Pat Connaughton is another key rotation player who can enter free agency. He has a $5.7 million player option and could have a strong market after coming off his best season yet. The Bucks hold his full Bird rights if he opts out, so it’s possible he gets a new contract with additional years and a small raise. If he opts in, he could extend with the Bucks at a lucrative amount for up to four years.

Khris Middleton, who has outplayed the near-maximum contract he signed in 2019, will become extension-eligible this offseason. He could extend for up to three years, projected at $152.5 million, provided that he exercises his $40.4 million player option in 2023-24. He would be able to sign this extension only during the offseason.

He could also decline that player option and extend for up to four years, $200.9 million, which would give him a $4.4 million raise in 2023-24. He would be able to sign this extension up until June 30, 2023. An extension could get done if Middleton wants one and if the Bucks want to add a couple more years to his contract to align him with Antetokounmpo.

Brook Lopez will also be extension-eligible throughout the season for up to four years, $74.8 million. He remained a force for their defensive foundation even after coming back from mid-season back surgery. The Bucks will need to keep him long-term as well if they’re going to maximize their window of contention over the next few seasons.

The Bucks are set to pay a $52 million luxury tax payment for 2021-22. They could see a slightly higher payment for next season if they utilize the entire taxpayer MLE and re-sign Portis to a new contract with a substantially higher annual salary.

While the Bucks have shown a commitment to competing by going deep into the luxury tax this past season and will in the next, that could change starting in 2023-24. The Bucks finished just over the luxury tax in 2020-21 and while the payment itself was insignificant, becoming a taxpayer that season got them closer to the repeater tax a year early.

As long as they have Antetokounmpo, the Bucks seem more likely than not to keep spending and maximize the roster around him. But could the organization flinch at paying significantly higher luxury tax payments if they don’t reach the Finals again? This doesn’t mean that they could blow it up and pivot to a rebuild or anything severe of that nature. But perhaps they could look to move off one of Middleton or Holiday to distribute some of their money for multiple cost-effective pieces.

He also has a 15 percent trade bonus that would be voided since he is already earning a maximum salary.

Additional notes: Connaughton would become an unrestricted Bird free agent if he declines his player option.

If he exercises his player option, he becomes extension-eligible starting on July 7, 2022 through June 30, 2023 for up to four years, projected at $59 million.

Additional notes: Portis would become an unrestricted Early Bird free agent if he declines his player option. The Bucks would be able to re-sign him for up to four years, projected at $50 million.

Additional notes: Vildoza’s salary is non-guaranteed and becomes fully guaranteed if not waived by the first day of the regular season. 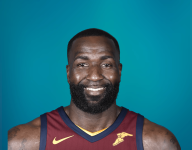