After acquiring James Harden in a blockbuster trade last week, the Nets find themselves with some open roster spots. Brooklyn loaded up on guards this offseason in case they had to deplete their guard rotation in a trade for Harden.

Instead, Caris LeVert was the only guard they traded, keeping them deep at guard with Bruce Brown, Tyler Johnson, Landry Shamet, and Chris Chiozza. While Joe Harris and Timothe Luwawu-Cabarrot are expected to primarily play small forward, they could also slide down to shooting guard, likely reserving one or two of their other guards out of the rotation.

The biggest rotational sacrifice came by trading Jarrett Allen. With him gone, DeAndre Jordan right now is the only traditional center on the roster until Nicolas Claxton recovers from a knee injury. While trading Allen seems like a vote of confidence in Claxton, the Nets are still light on centers and could use a third big man.

Right now, Brookyn has 12 players on the roster excluding two-way players. They have one week to get back to 14 players and will likely sign at least one frontcourt player if they do not add one via trade. As colleague Bryan Kalbrosky of HoopsHype suggests, DeWayne Dedmon and former Net Rondae Hollis-Jefferson could be candidates.

However, Brooklyn could still also look to acquire a big man via trade. They may not even need to move Jordan or Spencer Dinwiddie to do so. It’s important to note that the Nets also still have their $5.7 million taxpayer mid-level exception available. The Nets are better off saving it for potential buyout candidates since all the players listed by Kalbrosky can be signed for the minimum.

Due to Dinwiddie’s season-ending knee injury, the Nets are expected to be granted a Disabled Player Exception worth $5,727,024, 50 percent of his $11.5 million salary. Although it hasn’t been granted yet, the Nets could use it in a trade to acquire one player on an expiring contract.

Here are some of the players who can fit in the DPE:

JaVale McGee will be sought after by contending teams before the trade deadline. His rim protection, athleticism, championship pedigree, and experience playing with superstars would make him an ideal fit with the Nets. It makes sense for the Cavaliers to trade him to the team that offers the most valuable second-round picks.

When the Knicks signed role players Alec Burks, Austin Rivers, and Nerlens Noel, part of the reasoning was that they could potentially trade them later for draft picks. With the Knicks playing better than expected, these players could have value come trade deadline. Noel in particular could be highly sought after and could become expendable with the emerging consistency of Mitchell Robinson. Like McGee, Noel could potentially be had for the most valuable second-round pick offered.

Ed Davis was a valuable part of the Nets 2018-19 season that saw the franchise make the playoffs for the first time since 2016. Although he has history with the franchise, the only familiar faces to him would be Dinwiddie and Harris. The Timberwolves right now need Davis as insurance for Karl-Anthony Towns, especially since the rest of their big man rotation is unproven. The Timberwolves are just $2.9 million below the luxury tax, however. They could look to unload Davis in order to gain more flexibility in a potentially bigger deal elsewhere and create a $5 million trade exception for him.

With Cody Zeller currently out with a fractured hand, Bismack Biyombo is the Hornets most reliable center right now. If Zeller were to get healthy or the Hornets acquire a new starting center, Biyombo could become available.

If the Nets want to prioritize adding another stretch-four with their DPE, Mike Scott could probably be had. He isn’t consistently in the Sixers’ rotation and they are $11.4 million over the luxury tax for a $19.9 million payment. If he’s no longer in their short-term plans, they would probably be happy to offload his $5 million.

When Joel Embiid and Dwight Howard are healthy, Tony Bradley is unlikely to be in the rotation. Like with Scott, the Sixers could look to offload Bradley in order to save money against the luxury tax.

Boban Marjanovic might not be a regular in the Mavericks’ rotation but he’s good to have in case the Mavericks’ other big men are unavailable. As of now, there is no incentive for the Mavericks to get off of him since they are $4.5 million below the luxury tax. However, if the Mavericks use him to match salary in a trade for a more expensive player, perhaps he can be rerouted to the Nets.

The Clippers seem to have all but given up on Mfiondu Kabengele after declining the third year of his rookie-scale contract. With the Clips just $538,605 below the apron, they cannot sign a new player right now or make a trade without taking back equal salary. They could get off Kabengele’s $2.1 million salary to have a little more flexibility. If there aren’t any better options, the Nets have nothing to lose by taking a shot on him. 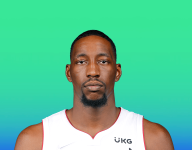 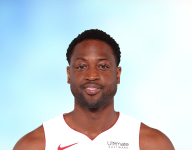 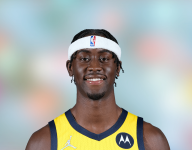 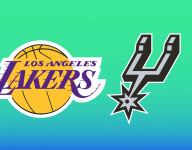 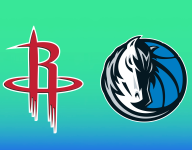