The Philadelphia 76ers and Brooklyn Nets have finally ended their game of chicken and consummated their long-speculated deal. The Sixers agreed to trade Ben Simmons, Seth Curry, and two first-round picks to the Nets in exchange for James Harden. The teams also swapped Andre Drummond and Paul Millsap. Harden agreed to opt into his $47.36 million player option as part of the deal.

Last week on HoopsHype we discussed how a Simmons for Harden framework benefits both the Sixers and Nets, as well as why a trade now makes more sense for both sides. Philadelphia now has a real chance to make it to the Finals while the Nets get younger, improve their defense, and save money.

What will the Nets do next?

The Nets are currently on a nine-game losing streak and have lost 10 of their last 12 games since Kevin Durant sprained his MCL. Despite dropping all the way down to No. 8, they are still just 5.5 games behind first place. They still have a chance to climb the standings and avoid the play-in tournament.

The main reason why Brooklyn did this trade now was to extract as much value as possible along with Simmons. With Embiid playing the way he is, the Sixers had a lot of pressure to get a deal done for Harden now that he became available. The Nets did a fine job getting Curry as well as two first-round picks from the Sixers, which was the most they were allowed to trade due to Stepien Rule restrictions.

Brooklyn reduced their luxury tax payment by $15 million in this trade and could generate an $11.3 million trade exception. They currently also have an additional $6.3 million and $3.2 million trade exceptions to play with. The savings created by trading Harden could motivate the Nets to utilize at least one of these exceptions along with the draft picks they received to acquire a player who can help them win now.

The Nets will be heading into next season with nine players on their roster. The 2022 first-round pick they got can be deferred through 2023. There’s a good chance the Nets choose to defer it into next season since that pick could be in the late twenties in the upcoming 2022 draft. They will be limited to using the taxpayer mid-level exception projected at $6.34 million and trade to improve the team in the offseason.

What will the Sixers do next?

By acquiring James Harden now, the Sixers avoid the possibility of not signing or trading for him at all in free agency in case he decided to stay in Brooklyn. They also now have a chance to make a deep playoff run with the Joel Embiid–James Harden duo.

They’re also a little limited in improving the team in the short term. After trading their 2022 and 2027 first-round picks, they won’t be able to trade a first-round pick in a while due to the Stepien Rule. The lack of first-round picks to move could make it difficult to move Tobias Harris. Getting off him and the remaining two years, $76.9 remaining on his contract would open up a lot more opportunities for the Sixers.

The Sixers are big winners because they did not have to part ways with Tyrese Maxey or Matisse Thybulle. They are valuable foundational pieces to the Sixers’ present and future and help fill out the Sixers’ formidable starting lineup. Of course, they could look to see what a package of Harris, Maxey, and Thybulle could get them. They would be able to trade their 2022 first-round pick after making a selection with it, assuming the Nets defer the pick to 2023.

Also, the Sixers increased their luxury tax payment this season by just $5.4 million in this deal. Had they kept Curry and traded a smaller salaried player like Maxey or Thybulle instead, they could’ve seen it increase by nearly $25 million. They are set to be in the luxury tax again next season and most likely for the foreseeable future as long as they have Harden, Embiid, and Harris. Harden can extend for up to four years, $222.8 million in six months to maximize his earnings. 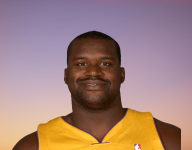