HoopsHype’s Michael Scotto and Jazz beat writer Tony Jones share the latest updates on trade talks between the Jazz and Knicks surrounding Donovan Mitchell. Plus, the possibility that Patrick Beverley, Bojan Bogdanovic, Jordan Clarkson, Mike Conley, Malik Beasley and others are traded, and more on the latest edition of the HoopsHype podcast.

2:40 What’s the latest on trade talks between the Knicks and Jazz for Donovan Mitchell?

Scotto: Some have wondered if the Knicks could move a contract like Evan Fournier in a potential Donovan Mitchell trade package because Danny Ainge traded for him with the Boston Celtics, but I’d remind everyone that was a totally different situation where Utah would be entering a rebuilding situation and has less of an appetite to take back long-term salaries for guys like Fournier and Julius Randle. Instead, I see someone like Derrick Rose, who’s owed $14.5 million this season and has a team option for next season, being more appealing to Utah. The Knicks would also be willing to trade Cam Reddish. Then, from Utah’s side, you have the Knicks’ trio of young players who could appeal in Obi Toppin, Immanuel Quickley and Quentin Grimes.

Jones: I don’t think the two sides are close. I don’t think they have been close. We’ll see what happens as the urgency of training camp looms. The Jazz want what they want, which is picks out of this deal, and they want young guys on short or rookie contracts. By definition, that means Toppin, Grimes and Quickley. They’re good young players, and the Knicks want to protect those guys. The Knicks don’t necessarily want to put in their young guys. They want to try to unload some undesirable contracts. The Knicks don’t want to unload Derrick Rose. He’s long been a favorite of Tom Thibodeau. I know the Knicks want to hang onto him and Grimes. Those guys are priorities.

Scotto: Rose’s contract, salary-wise, makes the most sense if Utah isn’t looking to take on Fournier and Randle. There’s going to have to be a little tug of war there and a compromise. From the Knicks’ standpoint, if they’re going to move Toppin, Quickley, or Grimes, they value Toppin at least as a first-round pick, Quickley is somewhere in that range as well, and they’ll make the argument that Grimes is too. That would lessen the draft pick compensation Utah would theoretically get back. I’m not sure if Utah has an appetite for Cam Reddish.

Jones: I don’t think the Jazz have any appetite for Randle. I’m not sure there’s much of an appetite for Reddish. They’ve set a price for Mitchell, and from their perspective, at this point, it’s you meet the price, and they’ll trade him, or you don’t, and they’re going into training camp with him. They don’t feel like they have to trade Mitchell or are obligated. They don’t feel an urgency to trade him. They think they have multiple roads back to being the team they were a couple of years ago. They already have three first-round picks by the end of next season. If they hold onto all of their veterans, they’ll have $36-40 million in cap room. While some may question what free agent would go to Utah? The cap space isn’t about which free agent would go to Utah. The cap space would be used to maneuver in the trade market. They could potentially pull off a trade similar to the one Portland did for Jerami Grant.

They look at it as if there are three years left on Mitchell’s contract, so if they’re going to trade him, it’s because somebody meets their price. I don’t see the Jazz coming down on their price.

Scotto: The sense that most people around the league have gotten is that Utah wants more for Mitchell than they got for Rudy Gobert. You’re talking five first-round picks, maybe even six, depending on protections and what young players are offered. That’s a hefty haul.

11:45 When could we see a potential trade between the Jazz and Knicks for Donovan Mitchell?

Jones: The sense I get right now is it’s probably not going to happen on an imminent level. The two sides aren’t close. To me, I think if it’s going to happen, it’s going to happen closer to training camp or the start of the season. If it doesn’t happen then, we’ll see what happens closer to the February trade deadline. It’s one of the reasons why the Jazz haven’t made a lot of moves around their roster. Mitchell is a domino that has to be taken care of one way or the other. If the Jazz trade Mitchell, then it’s going to make sense to go younger. Then, I’d expect more moves on top of that.

14:30 Is there a mystery team that could land Donovan Mitchell in a trade?

Scotto: I don’t see Miami having the assets to get it done without parting with Bam Adebayo, which I haven’t gotten the sense they want to do.

16:50 The Salt Lake Tribune report that there’s an “overwhelming feeling” Donovan Mitchell would leave the Jazz in 2025

Scotto: There have always been speculative whispers about Donovan Mitchell leaving Utah eventually as more of a question of when and not if for years. In theory, Mitchell could go to a larger market and maybe earn more sponsorship money, but it’s not like people haven’t known about him after he became a star in the playoffs over the past few years in Utah and elevated his game. He’s got a shoe deal. I don’t know how much that aspect would come into play.

Jones: It’s one of those things where it’s been talked about seemingly forever, and pretty much since he signed his second contract. The fifth-year player option was something that raised a bunch of eyebrows. It’s something the Jazz and the fans have been dealing with for years, frankly. If Mitchell wants out, Utah still doesn’t have to trade him right now. He’s got three years on his deal. Next summer, with two years left, that’s probably a sweet spot, which is when the Jazz can trade him and get 75 cents on the dollar.

Scotto: Utah has the most leverage if they move Mitchell now. Can they try to compete with him? Sure. But we saw what the team looked like with him and Rudy Gobert, who was a perennial Defensive Player of the Year candidate and an All-Star. The trade they made didn’t net players who are going to help them. Gobert was the best player in the trade. From a talent aspect, even though they added depth on paper, they took a step backward in terms of competing now. If I’m Utah, and I see the writing on the wall here, I’m trying to really maximize this. Ainge has done this in Boston before when they drafted Jayson Tatum and Jaylen Brown.

21:35 Trade market for other Jazz players

Scotto: Utah has a major guard logjam that needs to be broken up. Donovan Mitchell, Mike Conley, Malik Beasley (team option next season), Jordan Clarkson (player option next year), Patrick Beverley, Nickeil Alexander-Walker, Jared Butler, and Leandro Bolmaro too. That has to get broken up.

Rudy Gay is a candidate to be traded by Utah since he’s older and doesn’t fit the Jazz’s long-term rebuilding plan, but I’m not sure there’s a robust market for him at this later stage of his career.

The expiring contracts of Bojan Bogdanovic and Patrick Beverley appeal to playoff-caliber teams around the league, sources told HoopsHype. Jarred Vanderbilt is also a nice young player that teams like, I’m told, but there’s no urgent desire for Utah to move him since he can fit their rebuilding timeline if Mitchell is moved.

Jones: With or without Donovan Mitchell, some of these veterans are going to be on the roster at the start of the season. They can’t move all these guys. Who are the guys Utah can move tomorrow (theoretically)? I think Utah can move Bogdanovic, Vanderbilt, and Beverley. They can move them rather easily. I don’t know how much of a market there is for Conley, Clarkson, or Beasley.

Jones: That’s a tough question because so much of the roster is tied to Donovan Mitchell. If they don’t trade Mitchell, I see them going out into the market and signing a center to start for them. If they trade Mitchell, they’ll obviously go young, and that’ll open up a path for Kessler. That said, I’m not sure he’d be a starter because I think the Jazz want to find out once and for all if Udoka Azubuike can play.

My sources tell me Azubuike has been working really hard with the coaches all summer, and he’s been in Salt Lake all summer. He’s made a lot of strides. That said, the Jazz like Kessler and sought him out in the Rudy Gobert trade. He’s the second-best rim protector in this draft behind Chet Holmgren. Utah feels he has some upside as a pick-and-pop offensive player and as a vertical spacer.

29:40 What to expect from Will Hardy and any other coaching additions?

Jones: I think the front of the bench is taken care of with Alex Jensen, Lamar Skeeter and Bryan Bailey. My sources told me earlier in the week that they just hired Sean Sheldon from San Antonio, who was a video coordinator with Will Hardy in San Antonio. I expect a lot of energy from Hardy. Everybody I’ve talked to really thinks he’s got a chance to be a terrific head coach. He’s been well respected and well-liked around the league. 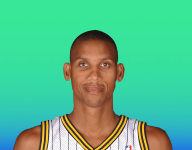 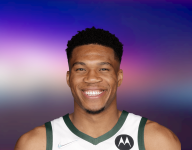 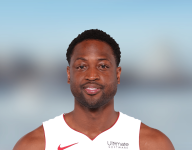 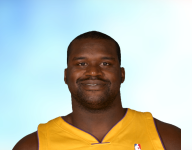 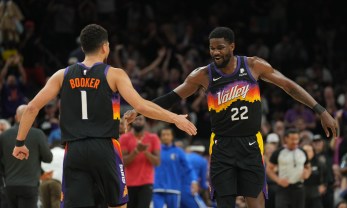