Knicks offseason preview: What to do with RJ Barrett, stargazing and more

Knicks offseason preview: What to do with RJ Barrett, stargazing and more

After a surprisingly competitive 2020-21 season where the Knicks finished 10 games over .500, the organization went into the offseason with high expectations to build off their success. They aggressively re-signed most of their role players, added Kemba Walker and Evan Fournier, and extended Julius Randle after earning All-NBA 2nd team honors.

It turned out that the Knicks may have overachieved in a season led by an outlier shooting performance by Randle. The first-time All-Star and his shooting regressed to the mean this year while the rest of the Eastern Conference got much stronger. They are now headed back to the lottery for the eighth time in the past nine seasons.

Despite the relatively disappointing campaign, the Knicks are well-positioned going forward. For starters, they are only on the hook for another season with most of their role players. This will allow them to reset in the 2023 offseason when they could have significant cap space. They also have all their first-round draft picks as well as 18 second-round picks over the next eight drafts. They have the flexibility to reshape the roster and the assets to make a big move in the near future.

Plan A: Shoot for the stars

The Knicks will naturally be suitors for the next available star either through free agency or trade. It may be a matter of time before someone chooses the Knicks as a preferred destination. Given that they’re heading into the season over the cap with 15 players on the roster, including their 2022 first-round pick and two-way player Jericho Sims, any significant move will have to come via trade.

There are several players with upcoming contract decisions whose names may start being mentioned in trade rumors. Karl-Anthony Towns will likely become eligible to sign a supermax extension with the Timberwolves this offseason assuming he earns All-NBA honors. Not signing it will immediately spark speculation on his future. Other players like Damian Lillard and Bradley Beal could also get mentioned.

One player with a lot of time left on his deal whose name might go around is Donovan Mitchell. The mood in Utah has not been great this season and another early playoff exit could lead to a “franchise-altering” move, according to Tim MacMahon of ESPN. He also adds that Mitchell may not be long-term for Utah, and there are dots connecting him to New York.

The Knicks have wisely accumulated talented young players and draft equity these past few seasons. They can trade up to six first-round picks this offseason, including one the Dallas Mavericks owe them in 2023. Players such as Obi Toppin, Immanuel Quickley, Quentin Grimes, and Miles McBride can also be of interest to other teams.

Plan B: Take another step back, aim for 2023 cap space

If the Knicks cannot acquire an All-Star or make the moves that can push the team back into the playoff mix, trading their veterans and getting off long-term money wouldn’t be such a bad idea. Adding more assets, getting off money, and bottoming out for a top draft pick in 2023 could set them up with a stronger foundation down the line.

The Knicks are currently projected to generate north of $50 million in cap space in the 2023 offseason, but that doesn’t factor in a potential rookie-scale extension for RJ Barrett. Depending on what Barrett gets, a realistic first-year salary for him will likely cut that cap space projection in half, or even lower the figure enough for them to forego being a cap space team altogether.

The Knicks can decline the 2023 team options of Derrick Rose, Alec Burks, and Nerlens Noel to clear roughly $25 million off the payroll. If they were to get off another veteran like Randle or Fournier, they can get closer to that $40-50 million cap space projection with Barrett’s new deal factored in. Getting off both Randle and Fournier could raise that figure to around $70 million.

One type of framework that could make sense is trading their veterans for expiring contracts and potentially some draft picks. For example, the Lakers will presumably try to trade Russell Westbrook for inexpensive players who can provide depth. A deal that sends back one or both of Randle and Fournier for Westbrook and draft compensation could benefit both teams. Both teams were in serious trade discussions during the trade deadline, so it’s possible other veterans like Rose, Burks, Noel, and Kemba Walker can also be involved.

The Knicks are projected to be $26.5 million below the luxury tax with 14 players on the roster, meaning they’ll have access to the $10.3 million non-taxpayer mid-level exception and the $4 million bi-annual exception. It will be their first offseason operating over the cap since 2018. Aside from potential trades, these exceptions will be their biggest means for adding players to the roster.

RJ Barrett will have one of the more fascinating extension negotiations this offseason. The third-year forward made a significant stride in 2020-21 compared to his rookie season but his progression stalled this season. He didn’t make any meaningful improvements this season and his true shooting, which already was below average, took another dip. However, he made up a lot of ground after a very strong finish to the season. He will improve going forward and his potential will probably be priced in with negotiations.

Barrett’s pedigree of being a third overall selection and a two-way wing player could have him commanding a maximum contract, which could look reasonable if he becomes an All-Star in a rising cap environment. The Knicks may ideally want to get him in the $25 million annual range, similar to the extensions Jaylen Brown and Jaren Jackson Jr. received, as opposed to the $37 million annual range a maximum contract starting in 2023-24 would pay him. There’s a good chance that there’s no agreement and his situation goes to restricted free agency.

Cam Reddish is also extension-eligible this summer. The Knicks acquired him mid-season for a first-round pick but he wasn’t a consistent part of the rotation prior to a shoulder injury ending his season early. The Knicks may not be in a rush to extend him despite their investment in him, especially since he was reportedly almost dealt again during the trade deadline.

Mitchell Robinson is set to become an unrestricted free agent this offseason but the Knicks still have a small window to extend him. He can extend by June 30 for up to four years, $55.6 million.

He also has a 15 percent trade bonus worth $11.5 million if traded in the offseason, which would raise his salary by $3.85 million over the next three seasons.

He also has $1.5 million in annual unlikely incentives.

Additional notes: Barrett is eligible to sign a rookie-scale extension through the day before the first day of the regular season.

Additional notes: Reddish is eligible to sign a rookie-scale extension through the day before the first day of the regular season.

Additional notes: Gibson’s salary for 2022-23 is non-guaranteed through the league-wide cutdown date. 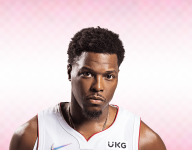 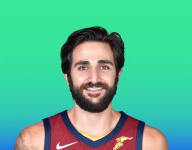