Rookie of the Year Race: Can LaMelo Ball win after injury?

Rookie of the Year Race: Can LaMelo Ball win after injury?

Despite middling preseason expectations, basketball fans have seen some surprisingly good campaigns from several rookies around the league in 2020-21.

Even the most casual observer will know LaMelo Ball has had an excellent year. But there are many others who have played very well while on the floor as well. As such, this will be an exciting race for the 2021 NBA Rookie of the Year.

Like our weekly MVP rankings, every member of our team voted on their personal Top 10 rankings for Rookie of the Year. We averaged out the results to get a cumulative ranking from the HoopsHype staff.

Every month, we will release our updated rankings for the Rookie of the Year race.

All relevant statistics are accurate as of April 8, 2021 and are pulled from Basketball-Reference, RealGM or NBA.com unless noted otherwise.

One of the best storylines in basketball this season was the emergence of LaMelo Ball, which is why his broken wrist was particularly devastating.

Ball, along with offseason addition Gordon Hayward, completely changed the course of the season for the Hornets. Charlotte was just one game below .500 during the games that he played before his injury and the franchise even had a winning record when he was in the starting lineup

He remains the only first-year player with a triple-double so far this season. The guard also notched seven double-doubles, which is currently four more than any other rookie has recorded.

For context, Ball joins LeBron James and Chris Paul as the only players who have ever averaged at least 15.0 points, 5.0 rebounds, 6.0 assists, 1.5 steals and 0.6 three-pointers per game before turning 21 years old.

The good news is that there is increasing optimism that he could return from his injury before the campaign is over. But even if he does not, as previously assumed, Ball may already have made a solid enough case to be crowned this season’s Rookie of the Year.

In terms of draft value, it seems that Tyrese Haliburton was the sleeping giant hiding in plain sight. While he has not been as explosive as Ball, his versatility has made him an incredibly promising young player for the Kings.

The Sacramento rookie is averaging 13.1 points, 3.3 rebounds, 5.1 assists and 1.2 steals per game while shooting 41.8 percent on three-pointers.

But to put his campaign into perspective, think about it this way. Haliburton is the first rookie to record a three-point percentage over 41 percent, steal percentage over 1.9 percent and assist percentage over 22 percent (minimum: 40 minutes played) since Stephen Curry accomplished just as much over a decade ago.

Haliburton has the second-most assists among rookies and he will likely pass Ball in the coming week or so. The former Iowa State standout also trails just Ball for the most steals recorded and he is narrowing in to take the lead there as well.

After moving into the starting lineup on March 17, he has shown that he is a well-rounded player with legitimate upside as a scorer and as a playmaker as a long-term fit in the NBA. Should he have a strong push to finish the season, he may be the biggest challenger to Ball for Rookie of the Year.

There is always a ton of pressure on the No. 1 overall pick and there was no exception to that rule for Minnesota Timberwolves wing Anthony Edwards.

Considering the star power of Karl-Anthony Towns and D’Angelo Russell already on the roster, Edwards began his career with fairly high expectations. Things did not go according to plan, however, and former head coach Ryan Saunders was fired after 31 games earlier this season.

He showed flashes of why he was selected with the first overall selection in the draft with incredible highlights and jaw-dropping dunks. But the former Georgia star was fairly inconsistent and inefficient to start his pro career.

The tides have turned dramatically and Edwards has been heating up of late, however, averaging 23.9 points per game since March 1.

All four of his personal-best scoring performances have come within the last four weeks. He has also notched seven of his eight highest point totals during this span, including a new career-high 42 points against the Phoenix Suns on March 18.

If he can keep putting up impressive clips like that, perhaps he will be able to convince some voters to lean in his direction when it eventually becomes the time to vote for Rookie of the Year.

Few expected much from the New York Knicks coming into this season and even fewer had much hope for Immanuel Quickley, who was selected in the latter half of the first round in the 2021 NBA draft.

Under head coach Tom Thibodeau, however, the Knicks have played hard and competitive all season long. Quickley, specifically, has shined through as an emerging scoring threat for New York.

Quickley is riding a slump over his last ten games or so, hitting a bit of a wall after coming out of the gates so hot.

But on the season, especially as a scorer, he has already had one of the most noteworthy campaigns. He leads rookies in BBall Index’s LEBRON Wins Added, which measures the total aggregate impact a player has on his team.

Quickley grades the highest in O-RAPTOR and O-LEBRON, which both measure offensive impact per 100 possessions, among first-year players as well.

Houston Rockets’ Jae’Sean Tate took the road less traveled to get in the position that he is in today. But he has become a regular in the rotation this season, which was otherwise tumultuous for the Rockets.

Houston has counted on Tate for 28 minutes per game and he has used the time well. He has scored and grabbed a rebound in all 50 games that he has played thus far and he is constantly making an impact on both sides of the floor.

Within the last month, Tate now has finished a game with four steals on two different occasions, showing promising signs as a defensive playmaker. He is a high-energy hustle player who leads rookies in loose balls recovered (54), charges drawn (12) and contested three-pointers (146) in 2020-21.

You have to tip your cap to someone like Tate, who worked his way from Belgium to Australia and then successfully maneuvering into a starting role in the NBA.

Orlando Magic forward Chuma Okeke is on a tear, offering his fans plenty of reason to be optimistic about their impending rebuild.

The former Auburn standout was drafted in 2019 but had to miss all of last season due to injury. But now healthy and as his squad looks to focus on its younger talent, Orlando has to be thrilled with what Okeke has accomplished of late.

Since the final game Nikola Vucevic and Aaron Gordon played for Orlando before the trade deadline, Okeke is averaging 15.0 points, 5.5 rebounds, 2.8 assists and 1.3 steals per game. He was a sharp 11-for-16 (68.8 percent) from beyond the during his three appearances between March 24 and March 28.

On the season, per Cleaning the Glass, his three-point percentage on non-corner attempts ranks in the 90th percentile among players at his position. His playmaking has been effective, too, as his assist-to-usage percentage puts him 92nd percentile with the same qualifications.

Meanwhile, on the other end of the court, FiveThirtyEight.com’s advanced metric RAPTOR lists him as the second-best rookie on the defensive side of the floor.

He is currently one of just two rookies who has connected on at least 100 three-pointers so far in 2020-21. But he is also having an excellent season from a historical perspective as well.

Bey joins Donovan Mitchell, Luka Doncic and Damian Lillard as the only players to ever make more than 2.2 three-pointers per game during their first professional season. That is a ridiculously impressive club for the draft’s No. 19 overall pick.

But since joining the starting lineup on a full-time basis on Feb. 14, he is up to 2.6 three-pointers per game. That includes games like March 17 and April 6, both appearances in which he landed shots from deep six times.

Detroit has added a nice young piece for their rotation in Bey, who deserves a ton of praise for the ease in which he has transitioned to the pros.

With the final pick in the first round of the 2020 NBA draft, the Memphis Grizzlies got a ridiculously dangerous shooter in Demond Bane.

But what he is doing is impressive not just for a rookie as he is reaching veteran-level efficiency. Bane is averaging 1.22 points per possession on his jump shot, per Synergy, which currently ranks in the 92nd percentile among all NBA players.

It goes without saying that every NBA team needs a wing who can hit a jumper. That is exactly what Bane provides, which will make him a valuable asset for years to come, which is proven in the fact that he has the best raw plus-minus (56) among rookies in 2020-21.

The Detroit Pistons have a culture-setter in big man Isaiah Stewart, who has arguably been the best player at his position this season among all players in this rookie class.

Stewart is one of those guys who is willing to do the dirty work. He leads all rookies in screen assists (122) on offense. He has contested over 100 more shots than the next-best rookie. He also leads rookies in rebounds (285) and blocks (51) on his block percentage ranks 84th percentile among all bigs, per Cleaning the Glass.

FiveThirtyEight.com’s advanced metric RAPTOR lists him as the best rookie on the defensive side of the floor.

But even that doesn’t go far enough to best measure his impact. For that, we can turn to ESPN’s Defensive Real Plus-Minus, which has not only graded Stewart as the best defensive rookie but has also given him a score triple that of any other first-year player.

Golden State Warriors big James Wiseman has had a relatively tumultuous first season since being selected at No. 2 overall in the 2021 NBA draft.

He has moved in and out of the starting lineup and has had trouble settling in and finding much of a rhythm, with the eye test suggesting highly noticeable confidence issues.

The advanced metrics do not paint a very pretty picture, either. RAPTOR is a plus-minus statistic that measures the number of points per 100 possessions a player contributes to his team’s offense and defense. His current score on offense ranks as the lowest among all rookies who have logged at least 300 minutes so far in 2020-21.

Meanwhile, his box plus-minus is the lowest among rookies with more than 300 minutes played as well. But the good news is that there is plenty of time for him to develop his game and there are some reassuring elements.

For example, he is averaging 5.9 rebounds and 1.0 block per game, which are both the best marks among rookies. As he gains more experience, he can be a solid NBA center. 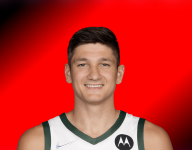 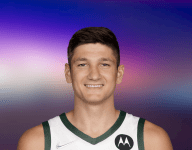 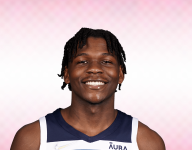 Anthony Edwards on if he'll ever do dunk contest: Nope 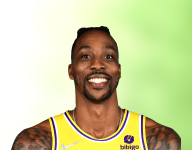 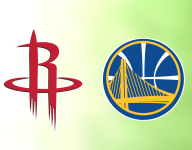 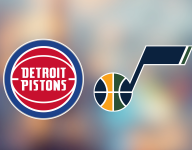 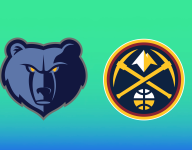 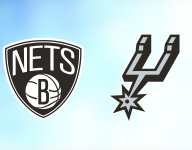 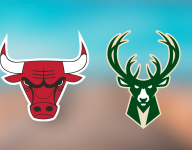