The time has arrived for another part in our ongoing series, NBA Trade Rumor Rankings, in which we take the five players who have appeared the most often on our Trade Rumors Page over the past week.

One surprising name making this week’s list who we haven’t seen in a while?

There’s a lot to talk about so let’s jump right in.

It should come as no surprise that this week, Bradley Beal made clear – yet again – that his heart is in Washington, at least for the time being.

That could always change, especially if the Wizards struggle throughout the rest of the season, but for now, fans of the D.C. franchise can rest assured, Beal doesn’t plan on asking out anytime soon.

Bradley Beal, on the 5-1 start after being patient in the offseason: “I want to win with D.C.”

Even so, that hasn’t stopped fellow players from trying to recruit Beal, including Boston Celtics star, Jayson Tatum, who has talked with Beal about “how cool” it would be for them to play together considering their longstanding relationship, going back to their time growing up in St. Louis (via Abby Chin/Twitter):

Abby Chin: Just reported @NBCSBoston – Here’s what Jayson Tatum told me this morning when I asked him about Bradley Beal: Do you even broach the subject of recruiting when you talk to Bradley Beal? Jayson Tatum: Yeah. We’ve talked about it plenty of times. I think, moreso, just thinking about how cool it would be to play with him. Just how we grew up and how close we are. It’s something I’ve always dreamed about. We didn’t get the opportunity with the USA team, but we did get to play with each other in the all star game last year which was a special moment. You know what I mean. Just, like playing in the NBA with your big brother. Who wouldn’t want to do that?

Despite having played just 10 minutes all season and making one lone appearance, Sacramento Kings head coach Luke Walton said this week that there’s a great chance Marvin Bagley earns playing time at some point this campaign:

Luke Walton on Marvin Bagley III's chances of getting into the rotation at some point: "The chances are great. Everyone on our team is going to get opportunities this year. We’re going to need everybody. Every practice we’ve had, including the one yesterday, is high energy." 1/1

"Everyone is bought in and working hard. When opportunities come, players need to be ready. It’s my job to put groups out there I think allow us to play the way we want to play and allow us to win, but our entire team is going to help us win those games throughout the year.” 2/2

The fact Bagley has accepted his situation maturely could lead to him seeing the floor again for the Kings soon, something that could benefit both parties in that it could help Bagley improve his trade value and land him on a new team.

If the former Duke standout can show rival teams the tantalizing potential he had as a prospect, it could lead to another organization being willing to give something up to land him.

A storm was raised over the week when Karl-Anthony Towns, either accidentally or due to being hacked, liked a tweet on social media saying “#FreeKAT”.

Towns immediately denied being behind the tweet like, but even so, it was a noteworthy development that raised interest around followers of the Association:

“Honestly, I woke up this morning, my agent hit me up and was like ‘Karl, what is this?’ I was like ‘What the f*ck are you talking about?’”

Naturally, teams around the league – even before the infamous tweet like – have their eye on the Towns situation, as the former No. 1 pick is one of the best big men in the league but has spent almost his entire career on bad Minnesota Timberwolves teams.

The Athletic recently discussed rival teams having their eye on the former Kentucky Wildcat:

Is there any reason to believe Towns wants to leave Minnesota? Krawczynski: Not at the moment, no. Towns is in his seventh season with the Timberwolves. He has said many times that he wants to win in Minnesota and doesn’t want to go elsewhere to do it, including at the end of last season when he said he hoped to have a career like Kobe Bryant or Tim Duncan, two decades with one team. That said, there are those around the league who are watching his situation closely. Towns has had six GMs and five head coaches since he was drafted No. 1 overall in 2015. The Wolves have made the playoffs just once in his time here. If you’re looking for the next star player to want to move, he would be high on a lot of lists. But every chance he has been given to express frustration, including today, he has been adamant that he is on board and wants to be a part of the solution in Minnesota.

A Towns trade demand doesn’t appear to be on the horizon, but it’s still a situation to monitor, as the big man is way too talented to not at least be in the playoffs every year.

For the latest on the Karl-Anthony Towns trade front, click here.

There has been a ton on the Ben Simmons trade front this week, though nothing super concrete on what his future on the Philadelphia 76ers might hold.

First came a report out of Minnesota that the Timberwolves haven’t had contact with Philadelphia about Simmons in weeks (via Darren Wolfson’s podcast):

Then came a report from ESPN that Simmons has refused the Sixers’ offer of mental health assistance:

The Philadelphia 76ers are increasingly frustrated with Ben Simmons’ refusal to accept organizational assistance to address his mental readiness to play, sources told ESPN. While Simmons has been working with team doctors to treat a back ailment, he has been unwilling to meet with team doctors to discuss his mental readiness, sources said. Instead, sources said, Simmons has worked with mental health professionals via the National Basketball Players Association since the summer. So far Simmons has yet to provide details of those meetings to the team, sources said.

Then our very own Michael Scotto had Anthony Slater on the HoopsHype podcast, who reported that the Golden State Warriors, a team known to be interested in Simmons, are not currently willing to give up young talent for Simmons:

Anthony Slater: There are people within the building that would be intrigued by the idea. There’s definitely a contingent that asks how will that fit with Draymond? Simmons could fit in the Warriors’ read-and-react style, but he’d make the most sense in the Draymond role as the pick-and-roll guy with Curry. What matters most is that the guy up top, Joe Lacob, has literally been fined for giving his opinion about not believing in Simmons’ fit with the Warriors. It would have to be a home-run type of thing for them to move off Wiseman or Kuminga.

Finally, it was reported again by ESPN that the 76ers have resumed fining Simmons for missing games:

The Philadelphia 76ers fined All-Star guard Ben Simmons his $360,000 game salary for missing Thursday night’s victory over the Detroit Pistons and plan to continue fining him until he cooperates with team physicians on his mental health issues and fulfills other basketball-related obligations, sources told ESPN on Friday. The Sixers will again place Simmons’ future salary into an escrow account, sources said. Earlier this season, the Sixers released Simmons’ money from escrow after he had been initially cooperative on a path toward returning to play.

The ongoing Simmons saga does not appear to have an end in sight, and it’ll be interesting to see if and when the All-Star point guard returns to action – be it with the Sixers or elsewhere.

The trade scuttle surrounding Damian Lillard this week was more humorous than anything, as the Portland Trail Blazers had an away game against the Sixers, one in which Philadelphia fans took it upon themselves to recruit the superstar floor general:

The “We Want Lillard” chants getting loud #Sixers #Blazers pic.twitter.com/Z0wnZt2RFj

That led to Lillard having to reiterate after the game that he’s fully locked in with Portland, despite other teams’ best efforts (via ESPN):

“Honestly, it doesn’t shift my focus either way,” Lillard said. “During starting lineups, they were booing everybody and then they cheered when I came through. I thought that was funny. That comes with professional sports. It’s fun, it’s a public thing, so I’m not uptight about it or acting like I don’t recognize it. “I know what it is and I know what it’s about. But I’m a Trail Blazer. I appreciate the love. I appreciate the respect that they showed and the desire or whatever but I’m 10 toes in Rip City, and I’ve said that time and time again and tonight I laughed about it during starting lineups but that was that.”

Later in the week, Yahoo! Sports published an interview with Lillard where he admitted to having an offseason meeting with LeBron James and Anthony Davis, which wasn’t a recruitment to the Los Angeles Lakers, according to Lillard, but sort of sounds like it was totally that:

When the elevator reached the top floor, James and fellow Lakers star Anthony Davis were sitting on one side of a table waiting for Lillard to join them on the other side. Before they fully dove into lunch of an Italian salad followed by pasta and a fine bottle of rosé wine, James kicked off the conversation, detailing his experience living in Los Angeles. Lillard did not categorize the meeting as a platform for a recruiting presentation, but rather an information-gathering forum among respected peers. “’Bron asked what I was thinking with my situation, and I told him what I’m telling you: that I just want to be in a position to win it all,” Lillard told Yahoo Sports. “He painted the picture to me that if I were to leave, the situation could look like this. He didn’t tell me to come to L.A., and he didn’t say anything to me that I didn’t already know other than what it could look like. I told him, ‘I know if I were to play with y’all, I know it would work out because of my skill set,’ and who I am and who they are.”

Lillard would go on in the interview to talk about seeing Giannis Antetokounmpo win a title with the team that drafted him and helped him develop, and how he would cry if he were able to win a title in Portland.

It appears Lillard is fully locked in with the Blazers at the moment, which is great news for Portland fans, but considering his age and the team’s distance from being legitimate title contenders, one has to wonder if that might change at some point in the near or distant future. 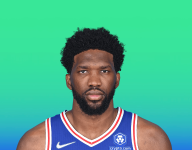 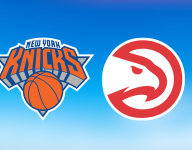