The players most likely to outperform their 2020 NBA draft position

The players most likely to outperform their 2020 NBA draft position

Every year, the winners of the draft are the teams who find the hidden gems that are able to exceed expectations of where they were picked.

Due to the ongoing global pandemic, many prospects struggled to separate themselves the way they would have in a typical pre-draft process. Drafting is never an exact science but this year, specifically, it would not be a surprise if one of the players who has the best career was not selected in the lottery.

Below are the top three prospects who we feel were especially good value picks and could end up being considered draft-day steals when it’s all said and done.

Among the first-rounders selected in the 2020 NBA draft, Hampton likely has the best chance at exceeding his overall draft position.

We can look at the success that he had before going to Australia’s NBL Rising Stars program. RSCI compiles rankings from publications like ESPN as well as 247 Sports and Rivals. Coming out of high school, RJ Hampton was ranked at No. 7 overall. He was considered one of the most athletic players in the country, bragging electrifying speed and vertical pop.

The 19-year-old combo guard is a fascinating fit for the Denver Nuggets. After selecting Bol Bol (No. 6) and Michael Porter Jr. (No. 2) in the previous two drafts, this marks the third year in a row that Denver has drafted a Top 10 high school player without having to use a Top 10 pick on any of them.

Before he surrendered his collegiate eligibility to play overseas, Hampton registered 28.8 points per game for Drive Nation on the Nike EYBL AAU circuit in 2019, per Open Look Analytics, and six assists per game on the UA Association circuit in 2018.

Already bragging professional experience, which will reduce the learning curve coming into the NBA, Hampton has reportedly made very significant improvements to his jump shot while working with two-time NBA champion Mike Miller.

Meanwhile, there are several other reasons to think that Hampton could be a great value pick for Denver. ESPN’s Kevin Pelton has a statistical model that projects value over the player’s first five NBA seasons. Hampton finished No. 8 overall, which was ahead of lottery picks James Wiseman, Patrick Williams, Isaac Okoro, Killian Hayes, Obi Toppin, Jalen Smith, Kira Lewis Jr. and Aaron Nesmith,

Another model from ESPN’s Paul Sabin suggests that Hampton has an 11.9 percent chance of eventually becoming an NBA All-Star, which was the sixteenth-best overall score among all prospects in the class.

There is certainly a lot to like about Hampton for someone who was not selected in the lottery. He will fit in well the chip-on-his-shoulder mentality that Denver has built with Porter and Bol. 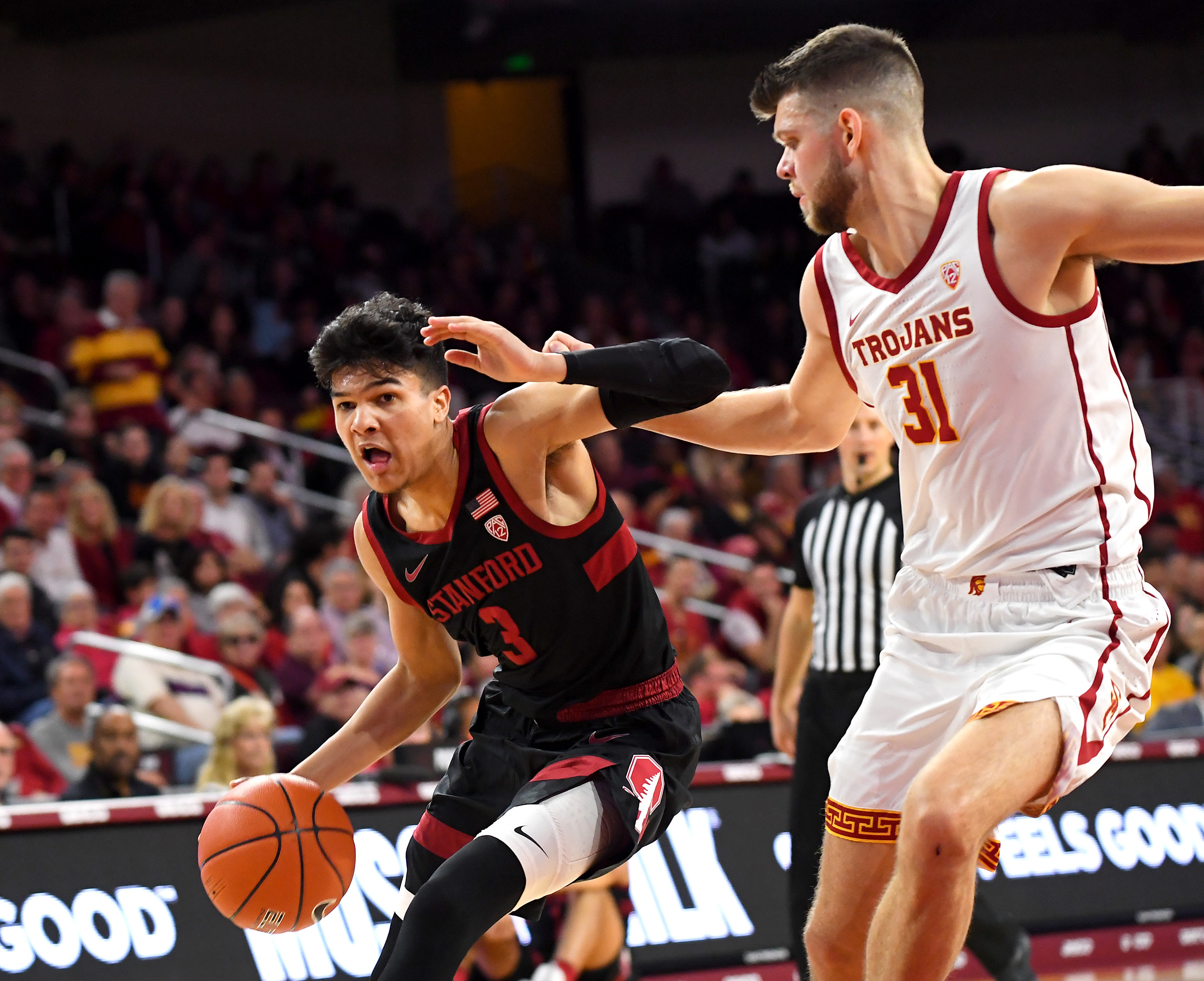 According to someone who spoke with HoopsHype on the condition of anonymity because they were not authorized to speak publicly on the matter, Stanford’s Tyrell Terry “broke a record” for a basketball IQ test administered by several NBA front offices this offseason.

Terry’s feel for the game will be a perfect fit alongside Luka Doncic, whose court vision makes him a generational talent. As defenders collapse to guard Doncic on drives to the paint, Terry will often be open on the perimeter. Last season, per Synergy, the Stanford guard was 30-for-60 (50.0 percent) on unguarded catch-and-shoot attempts from beyond the arc.

While the biggest concern for Terry was his frame, he is clearly still growing as the one-and-done prospect reportedly added “15 pounds of muscle” during the offseason.

Put it all together and a statistical projection model from Jesse Fischer of ToTheMean.com included Terry as one of just eleven prospects in this class who had the likelihood of becoming a star at 1 percent or higher.

The Ringer’s Kevin O’Connor listed Terry at No. 8 overall on his big board. USA TODAY Sports Media Group’s Rookie Wire was not far behind, putting Terry at No. 12 overall on the final update before the draft.

This means that in the second round, the Mavericks were able to obtain a player who some saw as a lottery talent. His pairing alongside Doncic and Kristaps Porzingis will only increase his likelihood of success. 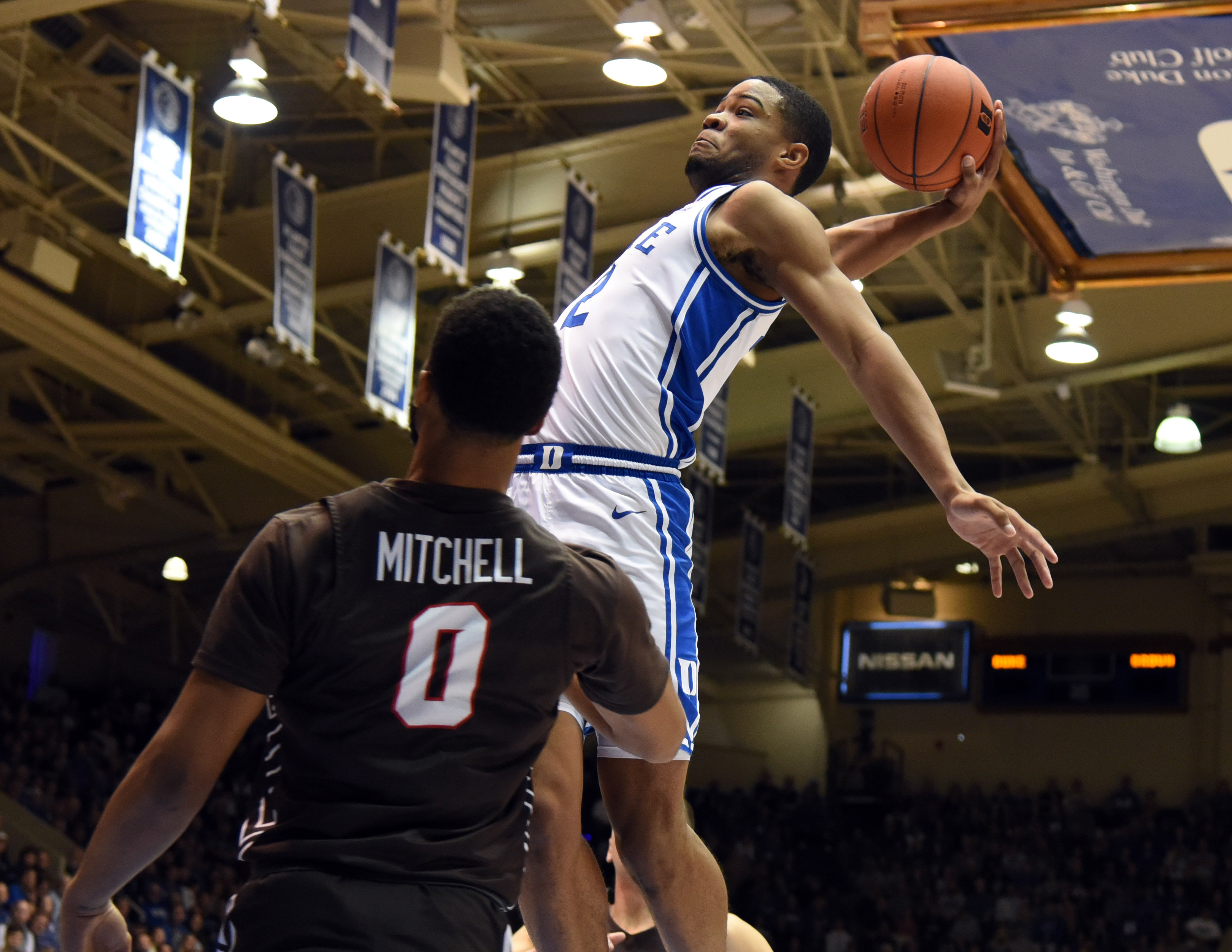 During two high school seasons at Sierra Canyon, the program won the California Open Division state title in back-to-back years. His senior year, when he was recognized with USA TODAY All-USA honors, he was the overall leading scorer on a team that included both Kenyon Martin Jr. and Scotty Pippen Jr.

Stanley is primarily known for his athleticism considering that his 44-inch max vertical at the 2020 NBA draft combine was the best mark among all combine participants. But he is far from just a jumper, considering his three-quarter length sprint was the fourth-best mark among players in this class.

Nate Bjorkgren, hired as the head coach for the Pacers this offseason, has said that the team will play a more “aggressive” style of offense that will also feature a variety of players taking it up the floor.

Stanley’s speed and athleticism make him a threat in the open court, especially as a ballhandler and on leak outs. As a freshman at Duke, he averaged 1.29 points per possession in transition. That ranked 88th percentile among all players in college basketball, per Synergy.

Not only does he fit in well with what the offensive system will look like under Bjorkgren but Indiana is not typically a free agency destination. Quite simply, they need success from their young players and Stanley is the only rookie that the Indiana Pacers drafted in 2020. This makes his development a priority, which will give him more opportunity to prove he is more than just a second-round flier.