The GOAT debate in the NBA is one that will be going on forever, and though there are really just two or three legit candidates, fans have their personal favorites who they’ll back no matter what.

Because arguments about the NBA GOAT spring up often among groups of friends or on social media, we decided to make things easier for you by creating a GOAT debate cheat sheet where we give you the best stats and arguments for every GOAT candidate imaginable, from Michael Jordan, LeBron James and Kareem Abdul-Jabbar to lesser discussed candidates like Oscar Robertson and Shaquille O’Neal.

We should mention that the arguments for certain candidates aren’t foolproof due to the fact that some statistics, like blocks and steals, and awards, like Player of the Month or 3rd Team All-NBA, didn’t exist early on in the NBA, meaning players like Bill Russell and Wilt Chamberlain could have an even stronger case if they did.

Regardless, you can check out our GOAT debate cheat sheet and the arguments that can be made for each candidate below.

Most All-NBA selections: Passed Kareem Abdul-Jabbar, Tim Duncan and Kobe Bryant and stands at No. 1 with 18 selections. He’s both the youngest and fourth-oldest to be selected for an All-NBA team. One caveat here: There was no All-NBA 3rd Team during Abdul-Jabbar’s time in the NBA. If there had been, perhaps he would top this list.

Most All-NBA 1st Team selections: With 13, he has two more than the next guys: Bryant and Karl Malone.

Most points scored in the playoffs: He’s running up the score by now. With 7,631 already, he’s got over 1,600 more points than the player in second (Michael Jordan).

Most steals in the playoffs: Jordan and Scottie Pippen are right behind him, but he may continue to extend his lead over the years to come.

Best Value Over Replacement Player in playoffs: He also leads all players in NBA history in playoff VORP at 33.9.

Most consecutive double-digit scoring games in the regular season: One of his crazier accomplishments. He’s the first player ever to hit 10-plus points in 1,000-plus games in a row.

Most points in All-Star games: He’s the only player ever with at least 300 points scored in All-Star contests.

Most Finals MVPs: He’s got two more Finals MVPs than the No. 2 player on the list, LeBron James. Along with Shaquille O’Neal, he’s the only player to win Finals MVP three times in a row… and he did it twice. The NBA didn’t start giving out Finals MVP until 1968-69, however, so Bill Russell might be No. 1 on this list had the award existed in his era.

Highest career scoring average: He almost lost his top spot here to Wilt Chamberlain during his Wizards days, but now, it’s extremely likely he’ll remain No. 1 for years to come. He averaged 30.12 points per game for his career while Chamberlain averaged 30.07 points per contest. No other player is above 27.36.

Best regular-season Box Plus/Minus (BPM): Once again, he’s No. 1 here with a slight lead on James. His 9.2 regular-season BPM – “a basketball box score-based metric that estimates a basketball player’s contribution to the team when that player is on the court,” per Basketball-Reference – is tops in league history and James’ 8.9 is third.

Top scoring game: He famously once scored 100 points in a game. Kobe’s 81-point masterpiece vs. the Raptors comes at a distant No. 2.

Top rebounding season: He’s the only player ever to average 25-plus rebounds per game in a season… and he did it three times. One of those years, he averaged 27.2 rebounds per contest.

Most MVP awards: His six career MVP awards are the most for a player ever. He won three apiece with Bucks and Lakers. At No. 2, Bill Russell and Michael Jordan are tied with five each.

Most points scored: His 38,387 career points are the most for a player ever. He’s got almost 1,300 more points than the No. 2 player on the list, LeBron James.

Most All-Star selections: He was an All-Star 19 different times, the most for a single player in league history. He only missed All-Star honors once in his 20-year career.

Most NBA titles won: At 11 championships, he’s the only player with more rings than fingers.

Most rebounds in playoffs: He’s the only player with over 4,000 rebounds in the postseason.

Highest assist average in playoffs: Only player ever to average more than 11 assists in the postseason, and he’s at 12.3. Second place is Stockton at 10.1.

Most triple-doubles in the playoffs: His 30 playoff triple-doubles is the most ever, though LeBron James is closing in with 28 now. No. 3 on the list, Jason Kidd, is miles behind at 11.

All-time blocks leader: His 3,380 career blocks are the most ever, almost 600 more than second place, Dikembe Mutombo. He has the most blocks on record, though Bill Russell and Wilt Chamberlain would probably have more if blocks were recorded in their heydays.

Highest block average in the playoffs: He blocked 3.3 shots per playoff game, the highest mark ever. He’s the only player on record to average over three blocks in the postseason. 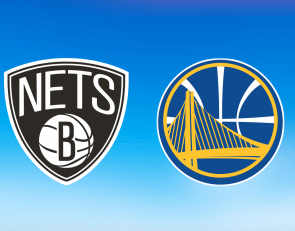 Nets vs. Warriors: Start time, where to watch, what's the latest 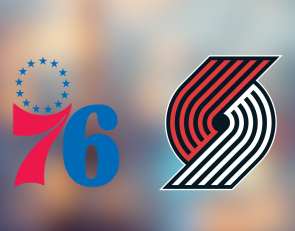 76ers vs. Blazers: Start time, where to watch, what's the latest 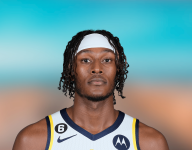 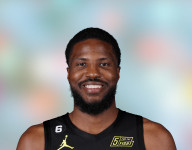