We took a look at the participant list for the NBA draft combine and G League Elite Camp to tell us who might return to their college team.

While there is nothing final about our projections, now that those lists are finalized we know the names of the most notable players who have declared for the draft without foregoing their collegiate eligibility.

These prospects, who are all classified as “testing the waters” at this point, are the ones facing the toughest decision for their pro future but may have more clarity now than they did during the college basketball season.

Outside of excluding Gonzaga’s Joel Ayayi, an omission of Santi Aldama was the biggest surprise. Aldama, who won the MVP award at the U18 Euro Championship in 2019, is a draft sleeper who has experience playing within FC Barcelona’s youth system. He would be incredibly sought-after if he opts to go overseas instead of continuing with the NCAA or making the leap to the NBA.

Maryland head coach Mark Turgeon has said that Eric Ayala is “realistic” about his NBA chances and is currently using the opportunity to work out with NBA teams and get feedback for the future.

#UNC HC Hubert Davis said today that Armando Bacot “will be back” next season despite going through the NBA Draft process. pic.twitter.com/32vZYQfkTM

According to Tarheelblog.com, it is “all but certain” that Bacot returns to North Carolina next season. In fact, first-year UNC head coach Hubert Davis believes that Bacot could even become ACC Player of the Year. The big man averaged 12.3 points and 7.8 rebounds per game this past season.

Nebraska’s Dalano Banton, recently described by SI.com’s Jeremy Woo as one of the most underrated players in this class, was one of the last players to announce he was declaring early entry for the NBA draft. That made it hard for him to get enough votes to earn a trip to the combine. But teams around the league are scrambling to get the tall ball handler in for their workouts.

According to a recent report from 247Sports.com, Florida big man Colin Castleton is “likely to return” to the Gators next season. He is still in the pre-draft to get feedback from NBA teams on how to best improve his game. The big man had 12.4 points and 6.4 rebounds per game this past season.

The Athletic’s Justin Williams described Kendric Davis as a “massive question mark” heading into next season. He would project as one of the top scorers in college basketball if he were to return for another year but if he is interested in turning pro, there could be a path to success.

Fresh off of winning AAC Co-Player of the Year, Tyson Etienne (@TheTyEtienne1) is busy making a name for himself in the pre-draft process. @RookieWire caught up with Etienne to discuss testing the NBA waters, what he wants to show teams and more:https://t.co/gOIQ6aiKnu

Wichita State’s Tyson Etienne was recently described by The Athletic as a “key returner” to the program for next season. Etienne is an intriguing pro prospect as a secondary ball-handler and perimeter threat who recently had a chance to catch up with USA TODAY SMG’s Rookie Wire.

He has opted to decline in favor of an opportunity w/ @usabasketball’s U19 World Cup Team Training Camp.

We are putting an asterisk next to this name because even though Jordan Hall is not going to be at the G League Elite Camp, per Jon Chepovich, he received an invitation. Hall, a jumbo-sized ball-handler who has one of the most fascinating skill sets among all prospects, is committed to transfer from St. Joe’s to Texas A&M. But if he stays in this class, he is easily a Top-45 talent.

While he is currently in the transfer portal and has narrowed down his commitment to three programs, former Boston College pick and pop big Steffon Mitchell will almost certainly turn pro after four years of NCAA service.

Jaden Shackelford’s name is missing from the NBA Combine list.

ESPN’s Jeff Borzello recently listed Jaden Shackelford as one of the prospects “in limbo” as he makes a decision for his pro future. Alabama head coach Nate Oats recently said that if Schakelford was invited to the combine then he would stay in the draft longer. But if Schakelford returns, Alabama could be one of the top teams in the nation next season.

One of the prospects with the toughest decision to make is UCLA’s Chris Smith, a versatile wing who plays well on the ball. After testing the waters in 2020, Smith missed the majority of last season with a torn ACL suffered back in January. His team went on to the Final Four. New rules in the NCAA will allow all seniors to return for another season and so as he recovers from his injury, he will have to decide if he wishes to give it another go with a college contender or opt for the NBA.

.@BoilerBall 's Trevion Williams could be a sleeper in the upcoming #NBADraft2021.

He has top end rim pressure numbers and rebounding #s and, for his size/position, extremely high assist metrics. Analytically, he compares well to other similar prospects. pic.twitter.com/Z3vfOlUfVN

While Purdue’s Jaden Ivey is getting most of the buzz for the 2022 NBA Draft, the program has another prospect playing in their frontcourt with big man Trevion Williams. He may be more of a prospect for next season than this season due to a lack of momentum but this is a team that will be worth following moving forward.

Isaiah Wong is the clear sleeper in this draft, but I have a feeling he returns to Miami for a junior season, where he'll repeat/ improve and make a bigger name for himself in the 2022 draft. If he had a quicker shot he'd be much higher. Good passer and limited mistake-maker.

Miami head coach Jay Larranaga said that there would be no update on star guard Isaiah Wong until the combine. He said the program is taking a “wait and see” approach about whether or not he will come back for another year of college basketball. Without an NBA combine invitation, however, that is now far more likely.

These players all have a big challenge in front of them as the G League Elite Camp is especially competitive considering that prospects are fighting for a spot in the 2021 NBA Combine. Depending on how they fare when on such a stage, we will know more about their pro futures.

For a full list of G League Elite Camp participants, which will take place from June 19 to June 21 in Chicago, click here.

Among the players listed below, the prospects considered most likely to remain in the draft are West Virginia’s Miles McBride, Virginia’s Trey Murphy, Arizona State’s Marcus Bagley, UCLA’s Johnny Juzang and Baylor’s Matthew Mayer. The others can make the jump, especially with good performances in Chicago.

For a full list of NBA combine participants, which will take place from June 22 to June 25 in Chicago, click here. 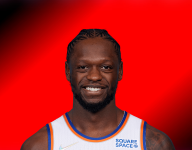 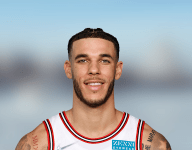 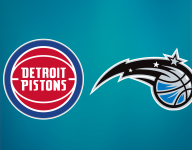 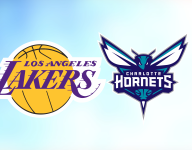 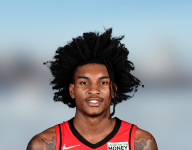