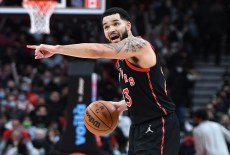 Now that he is no longer sharing the backcourt with Kyle Lowry, Toronto Raptors guard Fred VanVleet has taken yet another step forward.

The scrappy 27-year-old guard from Wichita State is among the league leaders in hustle stats like deflections (he ranks third-best in the NBA) and loose balls recovered (he leads the Eastern Conference) thus far. He is leading the league in playing time (38.2 mpg) and has shown that he is capable of giving Toronto his full energy and passion.

VanVleet has thrived when defending presumed MVP frontrunner Stephen Curry. He guarded Curry for more than 50 possessions on Nov. 21 and the three-time champion was just 1-for-6 — with a shot blocked — from the floor.

Turns out having Fred VanVleet in your jersey the whole time causes problems. Here he wiggles around Draymond to block the handoff three pic.twitter.com/2wIcnAgr3p

His defensive presence is important but now playing as the true point guard, he is putting together his best season yet on the offensive side of the floor. He is averaging a career-best 20.1 points per game but he hasn’t sacrificed his efficiency in the process, which is always a potential concern following an increase in volume.

As the orchestrator of Toronto’s offense, VanVleet has stepped up to have a massive impact in 2021-22. VanVleet is averaging 6.9 points per game as the ball handler in pick and roll sets, via Synergy, which is the eighth-best in the Eastern Conference.

But while the ball is often in his hands, one area where he really jumps off the page is his ability to shoot off the catch. He is averaging a staggering, league-best 1.71 points per possession on catch-and-shoot jump shots.

Fred VanVleet said that his midrange jumper is something he’s been working on for a while —says it’s something in his bag that he can get on any given night. Tonight, a given night :pic.twitter.com/ugNmqbuBiz

However, because defenders have to guard him so tightly on the perimeter, VanVleet is now able to drive a bit after the catch for a midrange jumper. VanVleet, who had never shot better than 35 percent from midrange before this season, is now shooting 44 percent from that zone.

Overall, perhaps most importantly: VanVleet comes alive as the go-to option for the Raptors when the game is on the line. He has already recorded 30 assists during fourth-quarter action, which ranks fourth-best in the East.

Watch this sequence of how he fared in the fourth quarter against the Memphis Grizzlies on Nov. 24 and you will see someone who looks ready for the moment:

Fred VanVleet is so composed under pressure.

Steady, if you will. pic.twitter.com/BkAnVivzkv

VanVleet has also hit four three-pointers during “clutch” minutes so far this season, which is just one connection behind the best mark in the league. His field-goal percentage during “normal” minutes is 39.0 percent, according to Inpredictable. But on opportunities when the shot has an elevated impact on win probability, that has spiked to 62.5 percent.

With the way that he has been playing all season long, it seems fairly obvious that VanVleet is well-deserving of All-Star consideration. 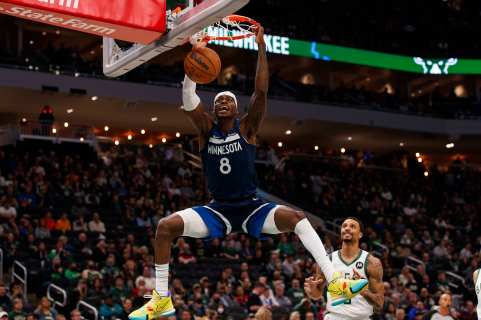 When you think about the best defenders in the league, it might be time to start adding Minnesota Timberwolves big Jarred Vanderbilt to your list.

Back in 2018, even before the draft, we wrote about when De’Aaron Fox called Vanderbilt the “best rebounder” he had ever seen. His rebounding hasn’t disappointed as his 6.8 offensive rebounds per 100 possessions puts him sixth-best in the league (min: 200 minutes) thus far.

His defense, however, is where he is making a difference. According to Cleaning the Glass, Vanderbilt’s steal percentage ranks in the 96th percentile among big men. It is the second season in a row that his steal percentage has ranked among the top five percent among bigs. Among players 6-foot-7 or taller, he has recorded more deflections than everyone in the league except LaMelo Ball and Herbert Jones.

Fox isn’t the only one with endless praise for Vanderbilt. Here is what teammate Patrick Beverley has said about Vanderbilt (via TwinCities.com):

“You can’t key in exactly what it is that he does well, but when he’s out there, he’s always providing an impactful energy with impacting winning. He’s been doing it all season for us and we need him to do it and we need him to do it all the time. He’s been fun to play with and he takes a lot of pressure off the guards defensively … He guards guards, he guards bigs, he doesn’t complain. He gets beat up in the paint and he gets some tough calls all the time, but he doesn’t complain. … Real basketball players understand a player like that. You appreciate he’s on your team, for sure.”

The Wolves are 8th in def efficiency and 10th in def rating, and their defense is built around Vando's ability to read, switch 1-5, cut off passing lanes (and thus the floor) and help/recover pic.twitter.com/q9tIVuOTGg

Vanderbilt has played 92 minutes on the floor alongside Beverley, D’Angelo Russell, Anthony Edwards and Karl Anthony-Towns. Minnesota is outsourcing opponents by a fully absurd 48.3 points per 100 possessions, which is the best mark among five-man lineups who have logged at least 90 minutes together in 2021-22.

Put on literally any 12 minutes of Jarred Vanderbilt film from this season and it's abundantly clear that every team who didn't pursue him in free agency made a big mistake. 12 mil over three years is a bargain.

Overall, advanced analytics suggest Vanderbilt is near the elite of the elite when it comes to the defensive end of the floor.

Vanderbilt’s defensive DRIP (Daily Rating of Individual Performance) puts him eighth-best in the NBA. His defensive estimated plus-minus, per dunksandthrees.com, ranks in the 95th percentile. (For context: He ranked in the 98th percentile in this metric last season.)

Vanderbilt is the perfect blend of low-usage on offense, high-impact on defense to complement the likes of Towns, Edwards and Russell. 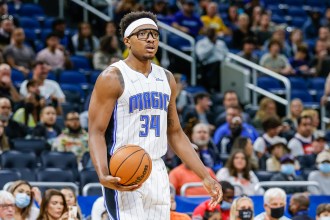 When the Orlando Magic traded All-Star big man Nikola Vucevic to the Chicago Bulls, it was the start of a new chapter in the rich history of their frontcourt.

Among the assets they received in return, the most notable was Wendell Carter Jr., who was the No. 7 overall in the 2018 NBA draft. Carter, a former standout at Duke, is a lengthy big with a 7-foot-5 wingspan who is most celebrated for his presence on the defensive end of the floor.

Carter could always throw down a monster jam, as you’ll see below. But he has made strides on the offensive end since joining the Magic.

During each of Carter’s first three campaigns with Chicago, three-pointers never accounted for more than 8 percent of his field-goal attempts. This season with the Magic, per Cleaning the Glass, that figure is now at 36 percent.

But it’s not just that he is spotting up in the corner and waiting for a dump off. For perspective, Carter attempted 0.8 non-corner three-pointers per 100 possessions during his 119 games with the Bulls. So far this season, that number is currently at 4.1 attempts per 100 possessions.

To put that in perspective, 32 percent of his field-goal attempts have come on above-the-break three-pointers, which ranks in the 84th percentile among all big men. Even better: he is shooting 42 percent from that zone, which ranks 83rd percentile for players at his position.

The main element that has allowed for that change is the high pick and roll with Cole Anthony (when healthy). Carter will set a screen on the top of the perimeter and then lift up for an uncontested look. It’s hard to stop — Anthony and Carter are part of the best high-volume five-man lineup in the East.

Carter has scored 37 points on pick and pop possessions, per Synergy, which ranks fifth-best in the NBA. He is also averaging 1.8 points per game on these opportunities, which compares astronomically favorably to his time with the Bulls last season (0.3 ppg), the season prior (0.2 ppg), or in his rookie season (0.5 ppg).

Anthony has already assisted on 13 three-pointers that Carter has made so far this season. For comparison, that is as often as Miami Heat floor general Kyle Lowry has dimed to sharpshooter Duncan Robinson for a shot beyond the arc.

when someone says, "a 3PT shot would open up the rest of his or her game", this is why.

Now ~20 games in, WCJ is letting it fly so often that defenders are jumping at pump-fakes, opening up driving lanes to score or kick. pic.twitter.com/z2AVbTEZsD

But what is exciting is that defenders now have to guard Carter on the perimeter, which creates new opportunities for him as a scorer and it helps space the floor for his teammates.

Carter isn’t exactly reinventing the wheel but he has made the most of his opportunities when wide open on the perimeter, which has helped him average a career-best 13.3 points per game. 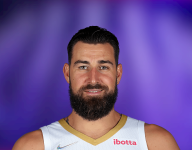 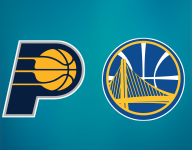 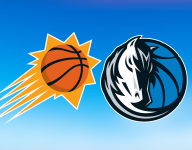 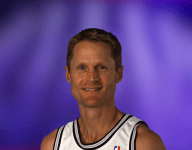 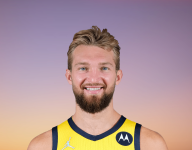 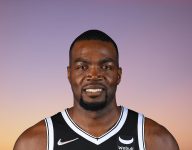 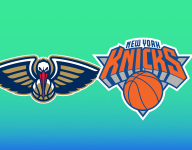 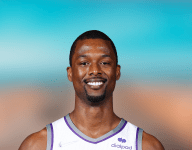 Kings not interested in swapping De'Aaron Fox for Domantas Sabonis 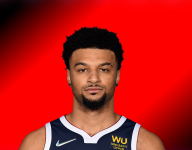