Two top free agent point guards are already off the board before Thursday, with Kyrie Irving exercising his player option, per The Athletic, and John Wall negotiating a buyout agreement to pave the way for him to join the Clippers, per ESPN.

The expected signing of Wall could impact how the Clippers handle some of their own free agents, such as Nicolas Batum and Isaiah Hartenstein.

Below is the latest intel gathered by HoopsHype on how Wall’s signing could change the Clippers’ flexibility this summer, Nerlens Noel trade talks, and the projected free agency values for Anfernee Simons, Gary Payton II, and Kevon Looney.

After a breakout season, Portland Trail Blazers guard Anfernee Simons is one of the top free agents on the market and is expected to command a massive new contract.

Four NBA executives who spoke with HoopsHype believe Simons could land a four-year, $80-plus million deal in free agency with additional incentive clauses to increase his salary.

As a starter in 30 games last season, Simons proved he can be a full-time starter following the departure of CJ McCollum. Simons averaged 22.0 points on 45.2 percent shooting from the field and 41.5 percent from beyond the arc with 5.5 assists per game.

Portland holds Simons’ Bird Rights and will be able to retain him along with unrestricted free agent Jusuf Nurkic, who is expected to return.

The Trail Blazers have already guaranteed Josh Hart’s salary and acquired Jerami Grant to be a playoff team next year around franchise cornerstone Damian Lillard.

The New York Knicks have had exploratory discussions on trading center Nerlens Noel to the Los Angeles Clippers, league sources told HoopsHype. Noel could fit into the Clippers’ $9.7 million trade exception previously generated by the Serge Ibaka trade. The Knicks have a surplus of draft pick compensation (22 picks total over the next seven years) to dangle.

According to our HoopsHype salary cap expert, Yossi Gozlan, if the Knicks can trade Noel without taking any salary back in a deal, New York could generate a total of $24.5 million in cap space. That figure would help the Knicks make an aggressive run at Jalen Brunson in free agency. The $24.5 million would include waiving Taj Gibson, as previously reported on the last HoopsHype intel report, and keeping Mitchell Robinson’s cap hold so they can re-sign him.

If the Clippers acquire Noel, it could mean Clippers backup center Isaiah Hartenstein may have priced himself out of Los Angeles with unrestricted free agency approaching. The Clippers can only re-sign Hartenstein for up to the $6.4 million taxpayer mid-level exception. That exception, however, could be used to sign John Wall.

Warriors center Kevon Looney played in 104 combined games from the regular season through the NBA Finals for the Warriors. Now, the ironman could nearly double his salary close to the non-taxpayer mid-level exception this offseason. According to six NBA executives who spoke with HoopsHype, Looney could command $9 million annually in free agency.

Golden State has full Bird Rights on their 26-year-old center, and rival teams are growing pessimistic about the possibility of prying him away, as Marc Stein reported.

Following a breakout season where Gary Payton II solidified himself as an NBA rotation player and stout on-ball defender, he’s expected to earn a sizable pay raise this offseason. Payton II could make $6-7 million annually, according to six NBA executives who spoke with HoopsHype. That figure would put him in range for the taxpayer mid-level exception for several teams across the league.

Not bad for a player who bounced around the league and nearly walked away from the game to pursue a job in Golden State’s video department, per ESPN.

The 29-year-old guard showed toughness returning from a fractured elbow in time for the NBA Finals, where he guarded Jayson Tatum and Jaylen Brown while on the floor.

As a contingency plan, the Detroit Pistons discussed offering a future first-round pick and an additional future second-round pick to the Cleveland Cavaliers for the 14th pick if Detroit couldn’t select Jalen Duren with the 13th overall pick in a separate trade with the Charlotte Hornets, league sources told HoopsHype. 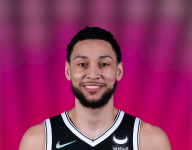