One of the top free agents on the market has made a decision regarding his player option.

Below is the latest intel gathered by HoopsHype on some of the top names on the free agent market, including Bradley Beal, and notable prospects in this year’s draft class like Jake LaRavia.

Beal can sign a five-year, $248 million deal with the Wizards in free agency, as our HoopsHype salary cap expert Yossi Golzan outlined in a recent story outlining all the player and team option decisions.

After previously taking a discount to re-sign with the Milwaukee Bucks, many around the league expect Bobby Portis to decline his $4.6 million player option for the 2022-23 season and enter unrestricted free agency.

Portis is one of the top free agents on the market this summer after averaging career-highs in points (14.6) and rebounds (9.1) per game. He ranks 12th in our HoopsHype free agent rankings and should command a massive pay raise this summer.

Nicolas Batum will decline his $3.3 million player option, per ESPN’s Adrian Wojnarowski. From every public indication from Batum, it would be a surprise if he left the Clippers, as LA Times beat writer Andrew Greif noted.

The Clippers can offer him a higher annual rate through his Early Bird Rights. Rival NBA executives who spoke with HoopsHype believe Batum could command an average annual salary of $10 million.

The expectation around the NBA is the Los Angeles Lakers will exercise the $2.35 million team option on forward Stanley Johnson. New Lakers coach Darvin Ham publicly stressed the importance of role players like Johnson. Johnson shot a career-high 46.6 percent with the Lakers.

The Lakers have inquired about buying a second-round pick in this year’s draft, league sources told HoopsHype. The team has worked out several projected second-round picks to prepare for such a scenario.

While the latest buzz surrounds Kyrie Irving’s long-term future with the Nets, multiple rotation players have drawn interest in the trade market.

Rival executives believe Thomas could command a potential first-round pick in trade talks, and Joe Harris is the team’s most realistic trade asset should Brooklyn try to upgrade at a different position. Rival teams believe Harris could be more available than in years past, with fellow sharpshooter Seth Curry under contract for $8.5 million next season.

However, internally, the Nets believe Harris’ size can help them on the boards next season, and his floor spacing would help Ben Simmons thrive with the team in transition and create driving lanes for the Australian forward. A potential lineup of Irving, Curry, Harris, Simmons, and Kevin Durant would provide maximum floor spacing for Simmons to thrive and be a nightmare to cover defensively.

Graham, who started 63 of 76 games last season, is owed $36.3 million over the next three seasons, but only $2.85 million is guaranteed for the 2024-25 season, as noted on our HoopsHype Pelicans salary page.

As reported in our previous HoopsHype aggregate mock draft, the Cleveland Cavaliers are open to moving back in the draft if they can acquire an additional future first-round pick.

LaRavia is projected 26th overall in our LIVE aggregate HoopsHype mock draft. Find out why executives and scouts like his game, which former All-Star he’s compared to, and more in our HoopsHype interview. 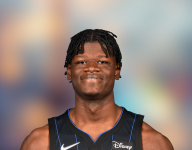 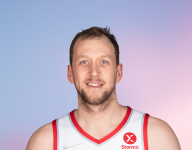 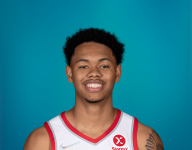 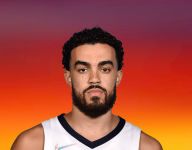 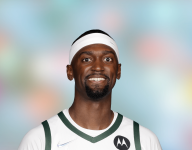 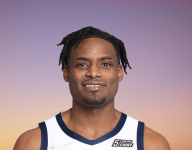 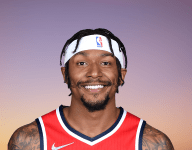 Bradley Beal agrees to return to Wizards on max contract 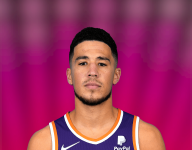 Devin Booker agrees to supermax extension with Suns, will feature on cover of NBA 2K23 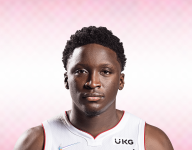 Victor Oladipo back to Heat 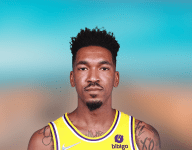