With the NBA trade deadline less than a week away, executives are working the phones with more urgency as some teams seek to upgrade for the playoffs, and others look to improve their long-term outlook for the future.

Below is the latest intel gathered by HoopsHype on some of the top names mentioned on the trade market.

Powell won a championship with Kawhi Leonard in Toronto and has a good relationship with the star forward.

Following the acquisition of Covington, several teams called the Clippers and inquired about the possibility of Los Angeles flipping the veteran forward in a trade, HoopsHype has learned.

By acquiring Covington now, the Clippers will retain his Bird Rights heading into the summer when he becomes an unrestricted free agent. Covington provides insurance for the team should Nicolas Batum decline his $3.3 million player option for next season and become an unrestricted free agent this summer. The Clippers are open to retaining Covington and value his defense and locker room presence even if Batum returns next season.

The next Clippers player who could be traded is center Serge Ibaka.

Powell, a California native, is excited to return home and play for a contender. He is owed $74.5 million over the next four seasons.

The trade gives Portland more cap flexibility and luxury tax savings while likely improving the chances of a higher draft pick this season.

Keon Johnson, who turns 20 in March, is a long-term play the Trail Blazers hope will develop in the years to come.

“He’s a supreme athlete with a good head on his shoulders who’s a hard worker,” one NBA executive told HoopsHype. “He can bring a defensive intensity and ability to cover ground. His offense has a ways to go, but he can handle the ball. Next to a kid like Anfernee Simons, he’ll be good in a speed offense.”

Trail Blazers interim general manager Joe Cronin cited cap flexibility, called Anfernee Simons a “core piece,” and said, “We wanted to create a runway here for him” when discussing his reasoning for selling off Norman Powell and Robert Covington.

Simons has broken out this season and averaged 20.6 points on 45.1 percent shooting from the field and 39.8 percent from three-point range with 5.9 assists and 3.1 rebounds in games he has started. Simons, who turns 23 in June, will enter the market as a restricted free agent after Portland extends a $5.76 million qualifying offer.

With the emergence of Simons and the selling off of veterans like Powell and Covington, rival executives around the league believe the Trail Blazers will move CJ McCollum by the trade deadline or this offseason as Portland continues to reshape its roster around franchise star Damian Lillard. Several teams, including the New Orleans Pelicans, Dallas Mavericks, and others, are expected to have interest in trading for McCollum, who is owed $69.13 million over the next two seasons.

The Dallas Mavericks are allowing the third-fewest points in the league (103.6), and Dorian Finney-Smith has been an integral part of that defense. Dallas had the league’s top defense in January, thanks partly to Finney-Smith guarding the opponent’s top scorers.

How vital has Finney-Smith been to Dallas? The Mavericks passed on a potential late lottery pick in exchange for Finney-Smith, league sources told HoopsHype.

There’s a sentiment around the league that Finney-Smith may be outplaying his current extension number, which is $55.6 million over four years. As noted by colleague Yossi Gozlan in a recent HoopsHype story, Finney-Smith’s current ProFitX contract value is $20.69 million. Dallas will have a luxury tax crunch to address heading into the 2022-23 offseason, with Luka Doncic’s maximum extension kicking in with Finney-Smith and Jalen Brunson set to become unrestricted free agents.

The Raptors have searched for a center on the market and expressed interest in trading for several centers, including Jakob Poeltl, Myles Turner, Robert Williams, Nicolas Claxton and Jusuf Nurkic.

Toronto has all its first-round picks looking ahead, which can be dangled as trade bait for a potential starting-caliber center. The Raptors have flirted with the idea of moving a first-round pick to re-acquire Poeltl, HoopsHype has learned. San Antonio is seeking a first-round pick and a quality player for Poeltl, according to Marc Stein. Poeltl is averaging career-highs in points (13.3), rebounds (9.0), and assists (2.8) this season.

The Toronto Raptors have also expressed interest in trading for Atlanta Hawks forward Danilo Gallinari, HoopsHype has learned. Toronto is one of a handful of teams who’ve inquired about Gallinari.

It’s worth noting Toronto has looked to trade Goran Dragic, who is in the final year of his contract. Dragic could be used as a potential trade chip to match salaries with Gallinari.

Gallinari and Raptors President Masai Ujiri have a history together from when the Italian forward was the centerpiece of the Carmelo Anthony trade. Ujiri and the Raptors also pursued Gallinari when he was previously a free agent. 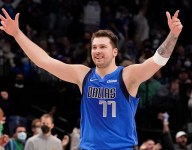 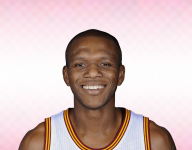 James Jones on Deandre Ayton's free agency: We want to keep our continuity 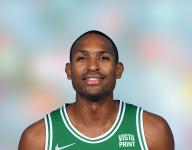