:50 Why Fischer believes the Celtics could break up Jayson Tatum and Jaylen Brown pairing in 12-18 months

Fischer: I’ve never heard Jaylen Brown’s name being brought up more frequently than I have in the last two weeks. It got to the point where I contacted some people close to the situation around those two players, and it’s definitely something that’s being discussed.

From everything I’ve heard by all accounts, the Celtics front office doesn’t have any designs on breaking up that pairing. I quoted an assistant general manager in my story when he called Boston, they say Jaylen and Jayson are their only untouchables. They’re the top two guys, and they’re building around those two dudes.

At a certain point, NBA team building isn’t NBA 2K. These are people, human beings, and co-workers that are involved. If it comes to a certain point where all the important actors in the situation all agree, or the majority of the actors agree that they’d prefer to play elsewhere or the Celtics would be greater benefited by seeing what Brown can get back on the trade market, that’s something I think a lot of people around the NBA from top executives to other league personnel are prepared for it to happen. Not this season, but in the offseason, maybe if this is another subpar Celtics playoff run.

Scotto: I certainly think for this season, Dennis Schroeder is the guy I look at being moved. We touched on it on the HoopsHype podcast with Yossi Gozlan, our salary cap expert. Boston will have a tough time looking ahead, trying to retain him.

They don’t have a lot of other assets that teams are looking at that they’d want other than maybe down the line Marcus Smart.

Scotto: I heard the Pelicans discussed trading future first-round picks and pick swaps with the 76ers for Ben Simmons, league sources told HoopsHype. Brandon Ingram was not involved in the talks, I’m told, at least as of now. With Zion Williamson’s latest injury setback, it’s unclear how that could move the needle for the Pelicans in their efforts to land Simmons.

Fischer: From everyone I’ve spoken to around the situation dating back to Ben Simmons’ trade request, I don’t know how early this list the Sixers have. They do have a literal list. I don’t know how many players are on it. It’s somewhere between 24-30. I’m pretty sure of guys they view as that top-25 caliber player and All-Star candidate that’s going to be the partner for Joel Embiid that’s the 1B to his 1A that’s going to help him compete for the championship. Until that guy presents himself, the Sixers are going to be patient and use that patience as a negotiating tool when teams call. They know there are potential opportunities to see if Jaylen Brown becomes available sometime before next season, to see if James Harden ultimately decides not to go back to Brooklyn, to see Bradley Beal.

They don’t have to move Ben just to move him and not waste a year of Embiid’s prime. They really believe that if they move Simmons for anything less than they value him, they’ll be sacrificing multiple years of Embiid’s prime for not maximizing Simmons as a trade asset. Their ultimate goal still remains to have Simmons get back on the court and join them because that was their goal I think moving into the offseason anyway. Simmons became a trade candidate when he requested it. I think the Sixers were definitely open to moving him for someone like Damian Lillard, Beal, or Harden. Short of that, they believe Ben is their best chance right now and the best possible addition to get this team back to where they were last year as the top team in the East.

Scotto: Multiple executives have believed the Pistons would trade Jerami Grant because he’s approaching 28, and he won’t fit their current timeline with the young core in the rebuild.

Fischer: I think Jerami’s situation reminds me of Aaron Gordon’s last year in Orlando. I don’t know what direct landing spot there could be for him right now. I think you can kind of connect the dots of intel where there have definitely been talks between Sacramento and Detroit about Marvin Bagley. Is there a way to send Jerami Grant to Sacramento? I don’t know. Denver obviously really liked Grant back when they had him.

Scotto: Last season, executives I spoke to said the Magic were hoping to get multiple first-round picks for Ross. Now? That number appears to have whittled down to one first-round pick. Some executives have told me they’d consider maybe trading two second-round picks to try and get Ross. I’m not sure that’s going to move the needle for Orlando.

Fischer: Two second-round picks is what Evan Fournier went for, so there’s at least a precedent there for a veteran wing… the Magic were having a firesale. They were trying to create bidding wars and held out for the top dollar. They ended up getting two first-round picks for Nikola Vucevic and they got RJ Hampton who they wanted from Denver. What I was told was the Nuggets were trying to send Bol Bol in that package with Gary Harris and a first-round pick.

MORE: Q&A: Cole Anthony on Most Improved Player candidacy, future of the Magic, and more

Scotto: You wrote about how the Lakers had internal discussions about moving him. Did they make outgoing calls to potentially ship him out of town?

Fischer: The only outgoing call I confirmed was to Philadelphia for Ben Simmons… When I got the information that they called about Ben, the conversation pretty much was, “We’re interested in Ben. How would we get there?” The obvious solution is Russell Westbrook. He’s not a player on that Sixers list that they have.

I called Cleveland, and that call hasn’t been made.

Scotto: The Nets drafted Day’Ron Sharpe in the event they traded Nicolas Claxton, or he ended up getting a massive offer in restricted free agency that they couldn’t match. Joe Harris is the only remaining member of the team’s original rebuilding core with Jarrett Allen, Caris LeVert, and Spencer Dinwiddie gone… In years past, even when Joe was going to be a free agent, the Nets would’ve wanted a lottery pick if they were even going to think of trading him. Claxton? Other teams think he can do more than he’s shown in Brooklyn, especially as a ball handler. I think they’ve got nice assets there, but I don’t know if I necessarily see the Nets moving one of those guys.

Fischer: I put in my story a quote from an assistant general manager saying that Joe Harris’ name being available keeps popping up… I heard from someone in Brooklyn today since my story came out that they did push back on him being available. Perhaps, teams who had early conversations with Brooklyn about Joe and they didn’t categorically shut them down, maybe that’s all this was. It’s early, and Brooklyn was kind of open and listening… They didn’t say anything about Nicolas Claxton. His name has been out there since the draft.

Scotto: Ultimately, I see this ending in a buyout so Dragic can try and join a playoff or championship contender.

Fischer: The last I heard is there’s no trade chatter for him really at all. I think that’s the clear goal that the Raptors have, but ultimately, it’s similar to the Andre Drummond situation in Cleveland last year because his salary number is really high.

Scotto: Over the summer, some teams thought maybe the Knicks would consider giving him up for a second-round pick when I had spoken to some executives. I’m not sure how much his value has fluctuated, if at all, since. He hasn’t played much this season. Some teams believe he could be a reclamation project.

Scotto: You talked earlier about Philly’s list. Would Fox have been a guy that fit that top-25 list in a potential Simmons trade?

Fischer: Hield has definitely been open for trade possibilities for a while now… Regarding Simmons, to this point, I haven’t heard Fox has been made available, and I don’t know how much interest he would have amongst Philly officials now that Tyrese Maxey has flourished. I don’t know if they view Fox as an upgrade to Maxey. I don’t know if they’d view Fox as a piece that elevates their championship window alongside Embiid.

Scotto: The Pelicans have Josh Hart’s contract. Brandon Ingram is an attractive name to other teams. You’ve got Christian Wood on the Rockets, and they’re going to look to see what the market is for Eric Gordon, who doesn’t fit their timeline. With the Blazers, you have CJ McCollum, Robert Covington and Jusuf Nurkic.

Fischer: The Pelicans are going to be buyers as long as they have the realistic chance that Zion Williamson can come back healthy and soon. Jaxson Hayes is a name I’ve heard that they’re making available there.

MORE: How do NBA executives approach out of shape players? 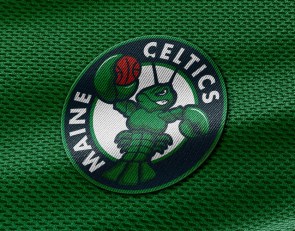 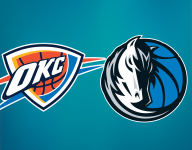 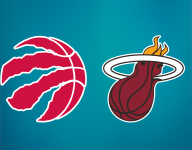 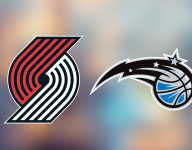 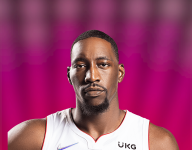 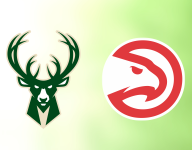 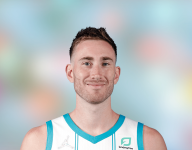 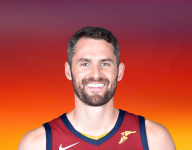 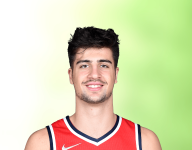