With the NBA offseason getting closer and closer, the amount of trade speculation around league circles continues to rise.

And the speculation is not just about role players or complementary pieces, but about some of the biggest names the Association has to offer.

As such, it’s time for another edition of our Trade Rumor Rankings series, which ranks the five players who have appeared most on our Trade Rumors Page over the previous seven days.

Due to the Golden State Warriors being in clear win-now mode by product of having an MVP candidate on a super-max salary in Stephen Curry on their roster, James Wiseman has often been speculated about as a potential trade candidate for Golden State.

That’s because Wiseman, the No. 2 pick of the 2020 draft, along with the club’s two lottery picks in 2021 (No. 7 and No. 14 overall), are by far the most desirable assets the Warriors have to offer and, when packaged together, present them with their best opportunity to land a veteran who can help them go from borderline playoff team to legit contenders.

Regardless, according to Bleacher Report, as of a week ago, Golden State hadn’t been discussing a Wiseman trade:

Assessing Wiseman’s value is one of the trickier challenges on the NBA trade market. To be clear, Golden State has had no serious internal discussions on moving the 20-year-old center whom the Warriors drafted No. 2 a year ago, sources told B/R.

Nevertheless, both The Athletic’s John Hollinger and Bleacher Report’s Eric Pincus have mentioned Wiseman as a potential trade candidate over the past week, the former in speculation regarding a blockbuster deal for Pascal Siakam and the latter in talking about how the Warriors might be able to land Damian Lillard.

Nothing appears imminent at the moment, but it’s easy to see why Golden State could decide to move on from their top young prospect who isn’t even 21 yet in Wiseman. And it has nothing to do with lack of belief in him.

For the latest on the James Wiseman trade front, click here.

ESPN’s Brian Windhorst hit the basketball world with a bomb today when, on the latest episode of his podcast, he talked about the Utah Jazz and their concern level over Donovan Mitchell’s desire to stay with the club long-term.

We’ll let Windhorst explain what he’s been hearing himself:

“I do think that Dwyane Wade, who (Ryan Smith) brought in to be a co-owner but also be an advisor, is seriously concerned about Donovan Mitchell’s desire to stay (in Utah) long-term. One of the big reasons why Ryan Smith brought in Dwayne Wade, and yes, Dwyane bought into the team, but I will promise you, he got a very favorable price. (…) I think he got a very sweetheart deal. One of the reasons he did it was Ryan Smith wanted to have Donovan Mitchell stay in Utah for the long-term.”

That story is particularly surprising considering that Mitchell signed a max extension with the Jazz back in November that will pay him handsomely to stay in Utah until 2024-25 at the earliest, with 2025-26 having a player option on it that Mitchell will almost certainly opt out of.

When that contract kicks in next season, Mitchell projects to be the 37th highest-paid player in the NBA.

That means even if Mitchell does want out soon for whatever reason, which seems a bit unlikely, the Jazz will have a major leverage advantage over the star 2-guard since they have him locked up for at least the next four seasons.

Nevertheless, this is far from the first time there have been uncomfortable (for Jazz fans, at least) rumblings about Mitchell’s future with Utah and, as they say, where there’s smoke, there’s oftentimes fire.

It just seems like we’re years away from this being a major issue for the Jazz.

For the latest on the Donovan Mitchell trade front, click here.

We’ve had differing reports on the CJ McCollum trade front over the past week, with reliable reporters disagreeing on whether or not McCollum will be dealt this offseason.

First, came a report from The Athletic’s Jason Quick who said that, for the first time ever, he believes that the Portland Trail Blazers trading McCollum might not just be probable, but closer to certain:

For the first time, I believe the likelihood of McCollum being traded this summer is probable, if not certain. Because of his contract ($30.8 million in 2021-22, $33.3 million in 2022-23 and $35.8 million in 2023-24) and his talent, McCollum is the quickest and easiest way to improve — or at least shake up — the Blazers. Even Olshey, who has long valued McCollum perhaps more than the rest of the league, seemed to soften his no-trade-CJ stance in his postseason address to the media, saying “nothing is ever off the table if it advances us closer to a championship.”

However, Sports Illustrated’s Chris Mannix reported more recently that, according to what he’s hearing, McCollum himself has been told by Portland that he isn’t being traded this offseason.

Of course, what the Blazers tell their stars to avoid upsetting them is kind of irrelevant right now, and Portland’s best path to building a contender around their superstar floor general Lillard is still to trade McCollum for someone who fits their needs more appropriately.

We’ll see if it, a McCollum trade, happens or if it even matters in a month; it might not if Lillard demands a trade before then, after all.

If one thing became clear over the past week, it’s that Blazers star point guard Damian Lillard isn’t accustomed to any sort of backlash by Portland fans, and now that he has finally gotten some, he didn’t particularly seem to care for it.

The backlash came hot and heavy through social media over the hire of Chauncey Billups as the team’s head coach, which Blazers fans chose to attack Lillard about for whatever reason.

That, then, led to a report from Yahoo! Sports’ Chris Haynes about Lillard potentially getting pushed out of Portland due to fan backlash, as well as their potential inability to build a contender around him:

The enormous backlash from the Portland Trail Blazers’ process to hire a new coach and his concerns on whether a championship contender can be built have become factors that may push the franchise player — Damian Lillard — out the door, league sources told Yahoo Sports. Lillard has remained loyal to Portland in large due to the tremendous fan base. But over the last few days, he’s seen some of those same fans attacking him on social media for a pending coaching hire he played no part in consummating, sources said. Portland is currently in negotiations to make Los Angeles Clippers assistant coach Chauncey Billups its next head coach.

Windhorst somewhat cooled things off in his latest podcast, where he basically said he doesn’t see anything imminent regarding Lillard potentially demanding a trade:

Brian Windhorst: I don’t think Chauncey is going to go into this worried that Damian is getting closer to the edge and and wants out. I know that it’s very tempting to run to the trade machine and start to do Damian trades. But while I definitely see storm clouds over there, I’m not ready to say based on my conversations, I’m not ready to say that that’s where it’s at.

Lillard has always seemed unquestionably loyal to Portland and it’d be shocking to see that change now, but at the same time, the six-time All-Star will turn 31 in a couple of weeks and the Blazers don’t look any closer to contending than they did three years ago.

Maybe Lillard sees his window to compete for a title as a team’s top player starting to close a bit and is using fan backlash as an excuse for a potential trade request down the line?

Impossible to know, but we should get more clarity on this situation by the offseason when the Blazers will get their chance to prove to Lillard if they can build an elite team around his absurd talents.

Another week, another Trade Rumor Rankings piece with Ben Simmons coming out on top as the most-discussed player on the trade market based on rumors.

The most substantial report we got this week regarding Simmons and his future with the Sixers is that Simmons’ camp, including agent Rich Paul, met with the Philadelphia 76ers leadership, led by Daryl Morey and Elton Brand, to discuss the next steps in Simmons’ career.

However, no trade request was made by Simmons or Paul, according to ESPN’s Adrian Wojnarowski, and the Sixers still reportedly view Simmons as a central piece to the club’s future:

Paul engaged the Sixers on whether it makes sense to work together to find a trade before the start of next season, but no request was made and the sides are expected to continue talking ahead of the July 29 NBA draft and August free agency, sources said. The 76ers are committed to keeping Simmons as a central piece of their franchise, sources said.

Besides that, we’ve also received reports about a potential Simmons trade from a variety of other sources, including Stephen A. Smith, who said to keep an eye on the Warriors as a potential landing spot for the Australian point guard, as well as from local Minnesota reporters, who reported the Timberwolves ‘badly’ want to trade for the 24-year-old southpaw.

The speculation regarding Simmons and his future in Philadelphia will likely run rampant through the offseason, but for now, the Sixers would be wise to help Simmons build his stock back up because selling him now when his value is at its lowest would not bring back a worthwhile package for Philadelphia. 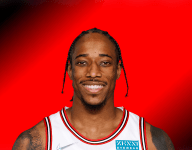 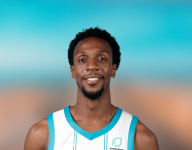 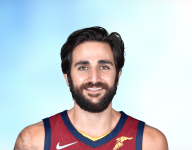 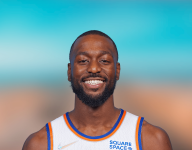 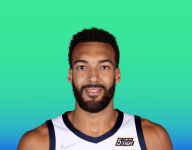