Now that we’ve got less than a month left until the NBA trade deadline, the trade scuttle around the Association has grown as loud as it has in months.

This week, we’ve got two names entering our Trade Rumor Rankings, which ranks the five players who have appeared most often on our Trade Rumors Page over the past week, that haven’t been there all season long: Tobias Harris and John Collins.

With Damian Lillard undergoing surgery that probably will keep him out for the rest of the reason, the odds of him getting traded in 2021-22 – as low they were before – are as minuscule as they’ve ever been.

In fact, according to ESPN’s Adrian Wojnarowski, the Portland Trail Blazers are still planning to build around Lillard, and might be shipping out some of his current teammates to do so:

Adrian Wojnarowski on the Blazers: They’ve been very active in the trade market. They want to continue to build around Damian Lillard. They’ve had discussions on players like Robert Covington or Jusuf Nurkic.

Robert Covington has disappointed as a Blazer since being sent over by the Houston Rockets while Jusuf Nurkic has yet to regain his pre-injury form, making them two obvious trade candidates, although it’s unclear what type of haul they might bring back.

The rest of this campaign will likely be about Portland covertly tanking for better draft positioning as well as an impending firesale of some of the team’s veterans.

If you’ve been keeping up with the news out of Georgia’s capital, you’d know that John Collins is reportedly not happy right now as a member of the Atlanta Hawks.

The big report on the matter came courtesy of Shams Charania, who wrote the following for The Athletic:

Collins, however, has grown increasingly frustrated over his role in Atlanta, multiple sources have told The Athletic. His shot attempts per game and usage rate have decreased in each of the past three seasons – even as the athletic, energetic Collins has improved his offensive repertoire. The 6-foot-9 big man has challenged the Hawks locker room on multiple occasions to play team basketball and commit to one another this season. Oftentimes, Collins has felt his voice go unheard.

Collins fired back on the report, telling The Athletic’s Hawks reporter, Chris Kirschner, the following:

Last year before the trade deadline, you made it very clear how you wanted to remain with Atlanta for the rest of your career. Has that changed for you? John Collins: No. That’s why it’s frustrating when I’m mentioned in those kinds of reports. It always makes my fans, teammates and the organization not know where I might stand. I can’t be responsible for how someone feels when they’re processing what they’re reading. What I’m upset about is, sometimes, I can’t control my own narrative. I do my best to do so, but it’s part of the job. In terms of the Hawks and Atlanta, I don’t need to talk about it because I’ve talked about it enough. This is where I want to be.

The truth probably lies somewhere in the middle: Collins could very well be frustrated with his role while not outright wanting to be traded to another team.

Either way, Collins should probably be getting more shot attempts, as he’s got a well-rounded offensive game befitting a modern frontcourt player.

For the latest on the John Collins trade front, click here.

Things remain quiet on the Bradley Beal trade front, as the last we have heard on the matter is ESPN’s Brian Windhorst reiterating that there’s nothing going as far as the Washington Wizards even entertaining a Beal trade:

Brian Windhorst: I have heard nothing on Bradley Beal in the trade market. His name hasn’t been mentioned at all.

We can save Wizards fans the headache: Beal isn’t going anywhere this season.

One of the hottest names on the NBA trade market this week has been that of Tobias Harris, who even responded to the rumors when talking to the media on Wednesday night:

Harris on trade rumors in recent days: “That’s something I’d rather not talk about, it took too much energy out of me yesterday and today.” Says he’s been in the league for a long time, understands the business and speculation etc. but nothing more to add on it

It’s unfortunate to hear a player getting affected by seeing his names pop in rumors, especially one as well-liked as Harris.

They began with a conversation between Marc J. Spears and Windhorst on a recent podcast:

The Philadelphia 76ers have begun to attach Tobias Harris to their trade discussions of Ben Simmons, according to Brian Windhorst and Marc J. Spears of ESPN. Harris signed a five-year, $180 million deal with the 76ers during the 2019 offseason. “I’m hearing they want to include Tobias Harris,” said Spears of Philadelphia’s trade talks with the Atlanta Hawks. “Me too,” replied Windhorst. “That is the word out there because they can’t necessarily get an All-Star they want in return right now, as the Sixers have continued their talks, they’ve talked to teams about trading Tobias and Ben.”

Sam Amick of The Athletic mentioned having heard something similar recently, too:

There’s this subplot to the Simmons situation, too: As if the uncertainty that would come with taking on his massive deal isn’t enough, sources say the Sixers have been attempting to attach forward Tobias Harris and his sizable deal in possible Simmons deals with multiple teams as well (including Atlanta and Sacramento). The 29-year-old forward, who is averaging 18.4 points, 7.5 rebounds and 3.9 assists per game, is owed a combined $79.4 million in the next two seasons.

So it appears Harris could be on the move, depending perhaps on a Ben Simmons trade, or maybe on his own. We’ll gain more clarity on the matter over the coming weeks.

For the latest on the Tobias Harris trade front, click here.

If anything, it appears right now that we’re getting less likely to seeing a Simmons trade this season as opposed to more likely. Part of that is because, according to Wojnarowski, the Philadelphia 76ers are actually increasing their asking price as opposed to lowering it:

The Sixers are targeting top 25-caliber players for trades, but those kinds of assets have yet to be made available to them in offers, sources said. Some teams have even described the Sixers’ asking price for a Simmons’ deal as growing in price — not declining, sources told ESPN.

Wojnarowski also reported that Simmons’ agent, Rich Paul, recently met with Daryl Morey and Elton Brand, though little progress was made during the meeting:

Lunch meeting in Philadelphia with Paul and Sixers' management to talk through the ongoing Simmons situation, sources said. Sixers continue to want Simmons to return to the floor, but there's no movement on that front — nor traction on a trade now. Trade deadline is Feb. 10.

We’ve also heard, from Amick, that the Sixers will not be trading Simmons for the struggling Russell Westbrook, which… duh.

There’s a lot more going on with regards to the Simmons trade front, so if you want even more details on this season’s juiciest NBA drama, just click here. 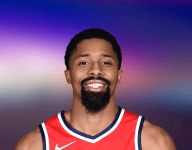 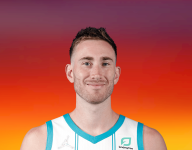 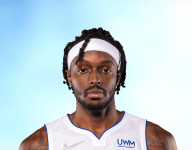 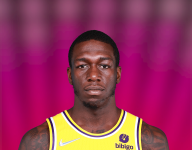 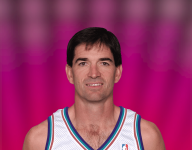 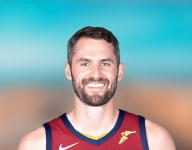 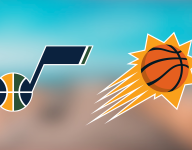 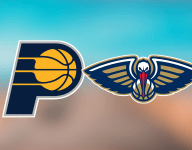