With the Los Angeles Lakers struggling in the Western Conference (9th seed), and a marquee game vs. the Golden State Warriors on a Saturday night, LeBron James went off for a season-high 56 points to secure a much-needed victory (116-124).

The 37-year old superstar accomplished that on 19-31 shooting from the field and 6-11 from downtown. He also added 10 rebounds, three assists, and one block. Most importantly, the Lakers won a game after four consecutive losses.

Here’s how NBA Twitter reacted to the ‘King’ dropping a 50-piece vs. Stephen Curry and the Warriors:

LeBron James is the first player in NBA history with a 50-point game before turning 21 and after turning 35. pic.twitter.com/kbYVWNjhpK

LeBron James willed the @Lakers to victory tonight scoring 56 points and 10 rebounds!! He continues to overdeliver on a nightly basis and do things on the basketball court, at 37, we've never seen before!

Most points in a game after turning 35:

LeBron and THT combined for 58 points vs. the Warriors 🔥 pic.twitter.com/mmadbPDuRG

I am going to be so sad when LeBron James retires, appreciate his greatness while it’s still here

It's also amazing that the same LeBron who led the league in assists two years ago, when the Lakers won the championship, had only 3 assists tonight.

Always an amazing scorer and always does it efficiently.

Lebron Beat the second best team in the west by himself.

LeBron had his best game in 4 years and they barely won – I stand by this!

LeBron does not age. pic.twitter.com/784VlTfEUC

Lakers fans every time somebody besides LeBron shoot a 3 pic.twitter.com/wVa31UXiBw

This is why trading LeBron would be fucking stupid.

LeBron James on the latest episode of The Shop: "When they talk about the best scorers of all-time, they never mention my name. It pisses me off."

It's LeBron, an undrafted rookie, a guy who was cut from the Rockets, a guy who was in the G League and a lottery pick who didn't get a rookie extension with the team who drafted him out there right now.

LeBron, on what has allowed him to have success at his age.

Say his name, say his name when no one is around you. Say Goat James I Love You. #GoatJames #WashedKing 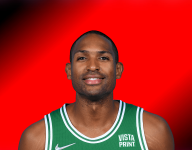 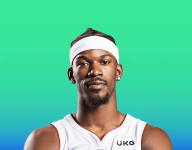